The Wave of the Future.

It was twenty-five years ago that I sat in a theatre and watched Rachel Talalay's Ghost in the Machine so I figured now was as good a time as any for a revisit to see how much I actually remembered. 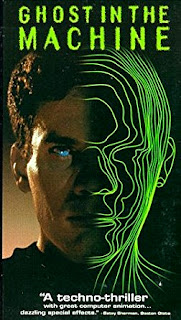 After a serial killer's consciousness is digitized after a power surge, he uses to the city's computer network to continue stalking his victims.

I was surprised at how much of this I had forgotten. While I admit a chunk of my enjoyment was down to how dated this movie was, Ghost in the Machine was still highly entertaining. It is comical how nineties this thing is. Let's go down the checklist, shall we?

Include a “hip” soundtrack from the era. Uh-huh. 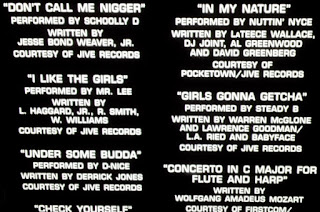 Dress your “cool” characters as garishly as possible. Yessir.

Put as much “new” tech in it as possible. Oh, that's a bingo! 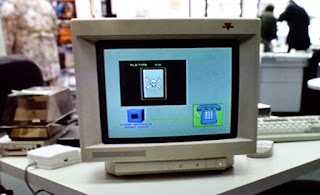 This movie falls into that time period where hackers were still mythical-like creatures that could do anything and computer networks were a fantasy land with no boundaries. If you thought Lawnmower Man played it fast and loose with computers, you ain't seen nothing yet. Actually, films like Brainscan and Arcade pair up better with this one... except this has a digital serial killer!

I think the most amusing thing about this movie – and there are many – is that they really do throw out any notion of how electronic devices actually work. However, I'm more than willing to forget an open microwave can't irradiate an entire room if it means I get to see a dude fry like a TV dinner care of some pretty neat f/x from Alterian Studios. If you need to see the dichotomy between practical and digital effects, you need to look no further than this movie.

That VR game played by Josh (Wil Horneff) & Frazer (Brandon Adams from People Under The Stairs who I totally spaced was in this). Wow. I remember I played this thing at the CNE one year, except of course, without my face superimposed on my avatar. It is still amazing to me that VR was a working concept in 1993 and yet only became commercially viable just last year. It's crazy how some advances are blisteringly fast and some putter along. 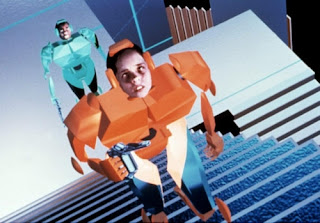 Watching Ghost in the Machine, I was struck by how much it felt like a precursor to Final Destination. The crash lab sequence in particular played out like it could've been pulled from one of those movies.

I also want to bring up that I've always really liked star Karen Allen. I was thinking about it and because of the age I saw Raiders of the Lost Ark and Starman (the latter would've been one of my first theatre experiences), Allen may have played two of the first independent female characters I saw represented onscreen. She made an impression.

And speaking of Allen, I gotta mention a cinematic parallel I always found funny that just recently became a trifecta. Karen Allen starred in Starman and Ghost in the Machine and both feature her in driving scenes involving the perils of a changing traffic light. Then, last month when I watched 1988's Pulse about a sentient intelligence killing people in their homes with electricity; what appears on the television within the movie? Starman!


Though incredibly dated, Ghost in the Machine was a totally functional thriller and though I'm sure filmmakers didn't want me to be grinning through most of it, I had fun. Sadly, this was the second of three critical and commercial failures for Talalay (Freddy's Dead & Tank Girl), but she soldiered on and has since enjoyed a highly successful career in television that continues to this day.
Posted by Jay Clarke at 10:00 AM