One of my favourite YT channels is Corridor Crew. It's basically a bunch of guys who run a visual FX house and they make cool vids utilizing their talents as well as reacting to good and bad effects in film & television. Here below is one of their most recent projects, an R-rated re-envisioning of the 1971 flick Willy Wonka & the Chocolate Factory.


For a longer video about how they made it, click here.
Posted by Jay Clarke at 12:00 PM No comments:

Short of the Week: The Missionary

Here's a local short from a few years ago called The Missionary directed by Fil Santos. Enjoy!

I decided to take a break from streaming services and crack open something from my stacks of physical media. Within reach of the couch was Franco Prosperi's 1984 animal attack opus Wild Beasts. 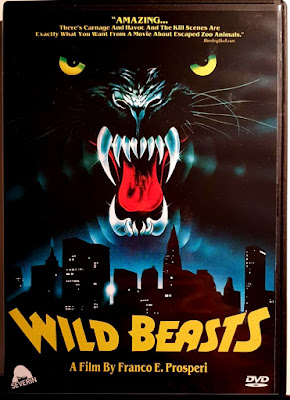 A tainted water supply causes animals in the area to go crazy and attack humans.

I was obviously familiar with the coverbox, but holy balls was I not prepared for this movie. Wild Beasts is fucking bonkers. My jaw spent most of this movie on the floor because I couldn't wrap my head around how a) they got the animals to do some of this stuff and b) how the filmmakers were ALLOWED to do it. I swear, that cheetah chase scene is almost as impressive to me as Fulci's infamous zombie vs. shark sequence. This movie is just one crazy (and often ill-advised) set piece after another.

I watched the making of interviews afterwards and I had to scoff at some of their explanations. They got the animals from a circus and breeding farms and Prosperi made it seem like they just gave them all back after they finished shooting. Okay, but what about the rats YOU SET ON FIRE?!

I wonder which production committed more raticide, this one or Bruno Mattei's Rats: Night of Terror. I know that these rats were probably going to be offed in labs or eaten by pet snakes, but still. Not cool. They also maintained that when the animals were attacking each other (the hyena in the pig pen for instance) they just went their separate ways when they yelled “cut”. I remain unconvinced.

Perhaps the most disturbing part though was the introduction to Suzy (Louisa Lloyd) as she leapt half-naked out of bed. I literally threw my hand over the eyes, yelling “Jesus, how old is she?”. She was like, twelve if she was a day. This movie is the fucking Wild West. I guess I should have expected this from the dude who made Mondo Cane.

Common sense and decency aside, Wild Beasts is pretty bitchin'. The gore is pretty good and because there is something batshit happening every ten minutes, it really moves. I'm surprised this movie isn't talked about more, especially considering how cinephiles lost their shit when the Alamo released Roar! a few years back.

Hey all, just wanted to post that Rue Morgue #194 is out now. 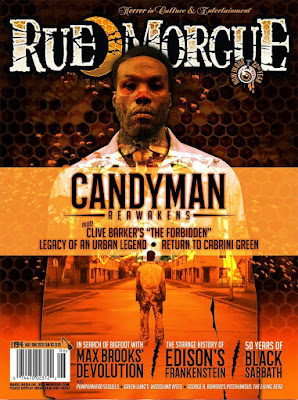 As you can see, it's all about Candyman. With things being what they are right now, distribution lines for RM are a tad thin so why consider grabbing some back issues from the online store. Just think what a pick-me-up it would be to have this mag show up in your mailbox, instead of just the usual burger joint coupons and real estate listings.

I've spoken a bunch about the exploits of B-movie taste maker and Hamilton Trash Cinema curator Ben Ruffett here over the past couple of years. His collection of zero-budget oddities knows no bounds to the point I even rode to Ottawa last year to bask in its glory. 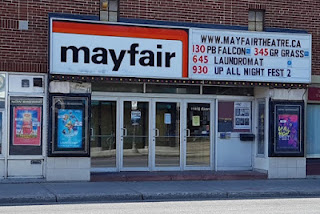 I'm posting now because Ben, over the last year and with quickening frequency during the quarantine, has been uploading some of his analog treasures. We're talking super rare schlock with titles like Nightmare on Neptune, Satan's Menagerie and Bloodbath in Psycho Town. He's even put up Paul Rindhart's 1993 effort Ashes To Ashes, a title he screened in Hamilton and I posted about last summer. Click on the link below to explore his expanding catalogue. 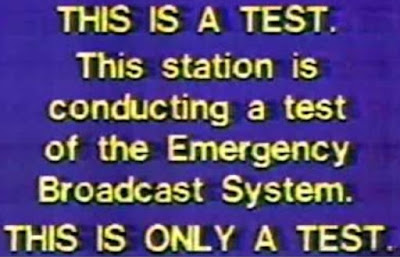 In Quarantine, No One Hear Can You Scream 2.

Well, we had so much fun doing the script read for I Still Know What You Did Last Summer that Ali got us all together again on Zoom to read Scream 2 just a few days later. This script was only seventy-five pages so the whole affair was much brisker this time around. I played the Mickey character, originally portrayed by Timothy Olyphantastic. Anyhoo, enjoy!

I Still Know What You Did Last Quarantine

While shuttered away, I've been watching movies with friends through Zoom. It's been working really well and so far my various crews have watched J Lo's Anaconda, Don Dohler's Nightbeast and Danzig's indefinable Verotika. Last weekend, my friend Ali Chappell took things up a notch and did a live script reading of 1998's I Still Know What You Did Last Summer. If you are at all interested on what that would look like, you can watch the shenanigans below. I played the Jeffrey Combs character. It was a blast!


There will likely be more of these to come, so stay tuned if you are so inclined.
Posted by Jay Clarke at 6:31 PM No comments: