Up All Night Fest 2! 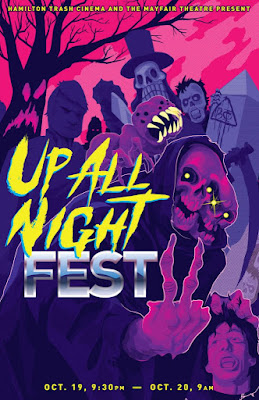 As I mentioned before I took a jaunt to Ottawa last weekend to catch a movie marathon. Up All Night Fest is the brainchild of Hamilton Trash Cinema founder Ben Ruffett and with the kindly gifted use of the historic Mayfair Theatre, he screened eight crusty VHS of ill repute. 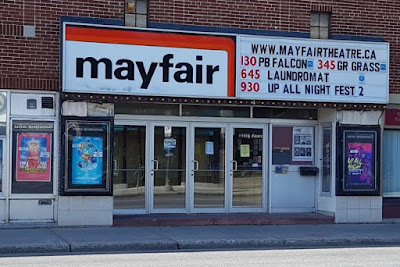 Though my memories may be part fact, part fever dream - I got three hours sleep over a fourty-eight hour period - here is what I can recall of what went down. 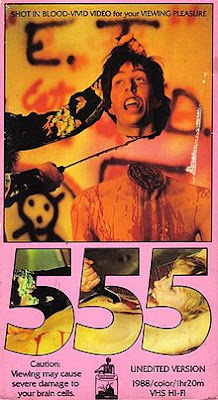 The night began with this shot-on-video gorefest. I reviewed this, rather unfavourably, back in 2012, but it's quite staggering how much more entertaining a bad movie can be with an audience. I mean, that moment when the killer interrupted his necrophilic activities to belt out a Lucas-sized NOOOOO had the audience in stitches. It really is the little things. And surprisingly 555 wasn't the night's cheapest representation of a police station office. That would come later... 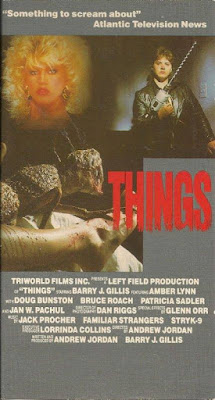 Having been initiated just a few months ago, I was looking forward to watching - nay, experiencing Things again. What can I really say about it? It must be seen to be believed. And it has BLOOOOOD... ... ... AND GUTS! 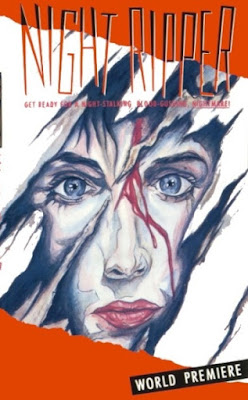 Now I moved into uncharted territory with this SOV flick from 1986. As you would expect, it shared a similar storyline with 555, but wasn't nearly as sleazy or gratuitous. It also featured Larry Thomas aka The Soup Nazi as a creepy photographer. I do have to mention the soundtrack and the hilariously long driving scenes that fondly reminded me of Global's Night Ride. Several other attendees didn't find it as soothing as I believe we lost an entire row during one of those sequences. Too bad because I thought this movie ended pretty strong, by B-movie standards anyway.


I should mention that there were ten to fifteen minute intermissions between flicks, so we could walk around and/or pee. They also opened up concessions during these times too, as the lone theater employee was also the projectionist.d 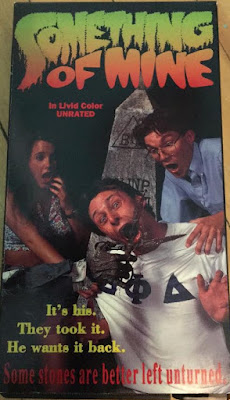 It was now past three a.m. and I wager I may have been going in and out because I don't remember a lot of this one. It was less than an hour, but pretty amusing in a cheesy kind of way. It was made by the same Texas collective responsible for the ultra-low budget slasher Carnage Hall that Ben screened in Hamilton a few years ago. Imagine Creepshow if was just the “Father's Day” segment and Nathan's corpse continued killing people while spewing puns. I found the gore to be surprisingly well done, as well. 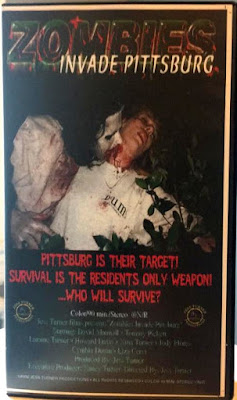 Now we came to the real endurance test of the evening/morning. This movie was atrocious, yet one I would happily recommend to fellow bad movie enthusiasts. It's perhaps the most perfectly imperfect movie ever made, next to Things of course. Zombies was largely a one-man-show, as creator Jess Turner let us know in a dozen individualized credits at the end of the movie. But he also gave us the gift of putting himself in his own movie, first as a zombie and then as a police captain with the most hilariously fake beard you have ever seen, presumably so we wouldn't confuse him with his zombie self.

It takes real talent to make an eighty-five minute movie feel like three hours. My buddy Justin described Zombies best when he said, “This movie is told in triplicate. First we see the zombie attack, then we see a new report about the attack and then we see Captain Stefans talk at length to his two underlings about the attack.” Then rinse and repeat. Add some whistling (which I swear was lifted from Just Before Dawn) and wind noises and Bob's your uncle. As you can see, it's the REALLY BAD movies you remember the most. My brain was so fried I couldn't even fall asleep to this one. 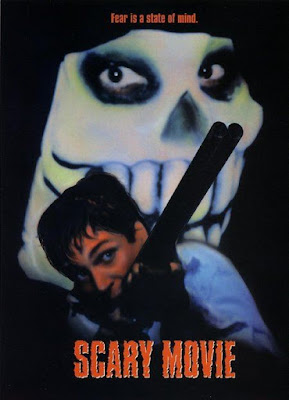 I think this was a legitimately good movie. I say I think because I was really battling sleep during this one. I'm pretty sure I nodded off during a sizable chunk of the middle. Though it doesn't sound very exciting, the first half of this movie is John Hawkes standing in line to get into a haunted house, but it's well shot and the production design is pretty great. It's definitely one I intend to revisit at some point. 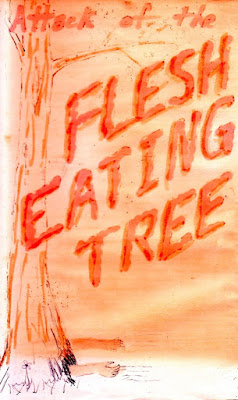 This was a twenty-minute short that was as advertised. It has lots of ladies being eaten whole by a large tree. I bet this movie was a hit with the vore crowd. 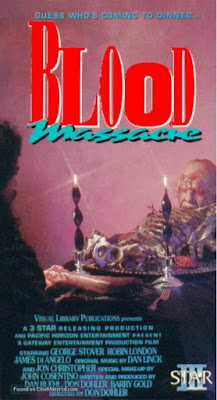 This Don Dohler effort was the final film of the night and a fitting capper. It had a few bloody good twists, including when the movie one-eighties from Last House to Evil Dead. I was glad to see this one also had that dime-store fog aesthetic that I've come to expect from Dohler. Blood Massacre also featured George Stover doing his best Michael Moriarty impression.


So that was it. We started with a hundred or so peeps and were left with about twenty brave souls by the time the sun came up. Considering it was only ten bucks, I imagine most just showed up for the first two and took it from there. I think we incurred the most casualties during the Mind Ripper to Zombies Invade stretch. Oh, I forgot to mention that Ben and fellow VHS seller Brett Jansen were on hand selling tapes. I picked up these beauties. 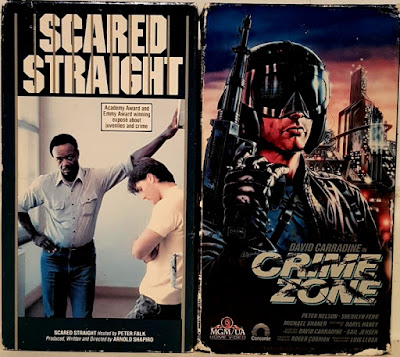