Toronto's Black Museum is having its latest event tomorrow featuring a heated debate about who is horror's greatest Final Girl. In a bizarre twist of fate (really it was just competitor Steve Kostanski got a gig) I have been called upon to fill in and fight for Team Sally.

Today though, I wanted to focus on horror females a tad more unsung. The Girl #2's -- the ladies that almost made it through their respective movies. Most characters in slasher flicks are just fodder, archetypal meat to up the body count, but sometimes there are ones that you are sad to see go.

Growing up, slashers were (still are to a certain extent) my bread and butter and with it being the home video era, I would often watch them several times. With some particular titles though, I'd wish scenes would somehow turn out differently. Maybe Brinke Stevens won't go back for her textbook this time in The Slumber Party Massacre. Or perhaps Lesleh Donaldson will decide to stay home at the beginning of Happy Birthday To Me. Insane I know, but those thoughts arise every time I re-watch those movies.

They were unfortunately among the first to go in their respective movies, but the women below almost made it to the credits or some cases did, only to die in a subsequent sequel. 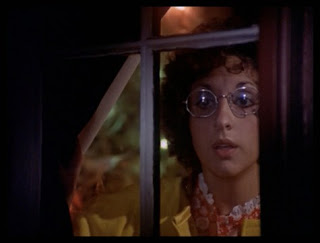 This film is arguably the first North American slasher and features some of the most well-drawn and fleshed out characters in horror. Phyl was a genuinely nice person. She was loyal and her concern for her friends is ultimately what led to her death when she went to check on Barb. I've always been glad her death was off-screen.

Marcia from The Initiation (Marilyn Kagan) 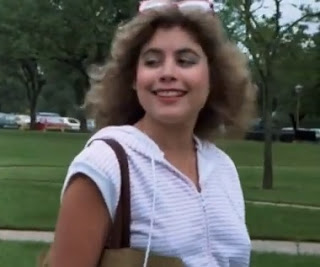 The Initiation still remains one of my favourite slashers. It puts you at ease to start with a first act feels more like Animal House featuring a bunch of likable goof-offs. Among them is Marcia, the stereotypical prude. However, it isn't until deep into the film you find out she was molested by her music teacher when she was young. It's a scene that catches you off guard, but always came off to me as sincere. Later, when she commits the mortal sin of sleeping with her best friend Ralph, she sadly becomes fair game to the genre Gods. The image of her being pulled back into that elevator is burned into my brain. 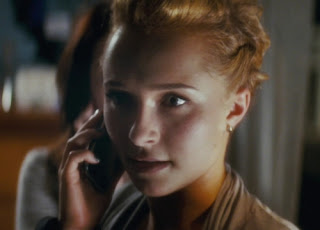 There are several characters in the Scream franchise I didn't like to see get killed (Sarah Michelle Gellar in Part 2 and Parker Posey in Part 3 for instance), but Kirby is the one that irked me the most. She was genre savvy and did everything right, but her desire to help someone in distress was her downfall. 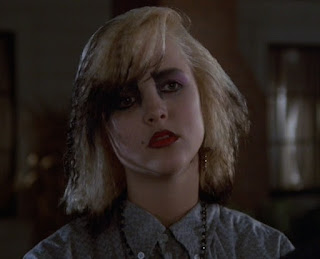 Violet wasn't the last girl to die, nor was her character particularly established – I'm not even sure what she was doing at Pinehurst; she wore bracelets to cover up wrist wounds maybe? - but she was the one I lamented the most in that movie. Thinking on it, I'm sure that my late-eighties infatuation with Samantha Fox probably had something to do with me taking a shine to her. 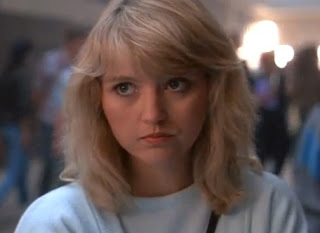 Kristen was a great final girl who was unfortunately written out of the series. I was pretty smitten with Patricia Arquette's replacement though, again probably due to that aforementioned crush – I definitely had a type back then. When I recently re-watched the Nightmare movies all in a row I was glad to see the fourth part was just as good as I remembered.

I don't think there is any series that is as unforgiving as the Halloween franchise.

Though she was a jerk and often selfish I always, always hate seeing Annie (Nancy Loomis) die in that car. She reminds me of that friend you have when you are young who's a bad influence on you and inevitably lose touch with when you get older, but those times shared were some of the funnest ever. 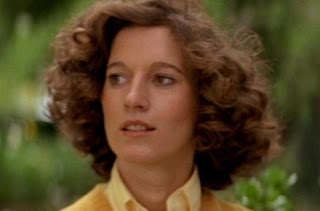 Halloween 4 was a significant film in the series for me as it was the first one I was able to watch in the theatre. Rachel (Ellie Cornell) embodied all the best characteristics of the Final Girl which is why I was really put off by Part 5. The number of reasons that movie was shit are legion, but the way she was dispatched in that movie was so lame, it actually made me angry. 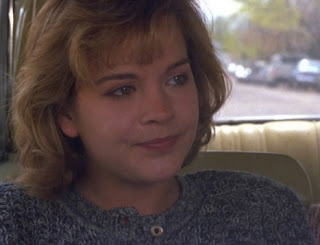 However, there is no greater offense than how the quintessential Final Girl of all time Laurie Strode (Jamie Lee Curtis) gets unceremoniously killed off in Part 8. It was a big fuck you to the fans and I hope this new one coming in 2018 is first and foremost and apology for that abomination.

Whew, I wasn't actually expecting that piece to be so personal, but there you have it. I hope to see some of you at The Royal tomorrow for the debate. Who Will Survive and What Will Be Left of Them?
Posted by Jay Clarke at 10:00 AM