Howdy all! I am breathing a big sigh of relief that this rammed schedule I've been experiencing for the last four months has finally opened up some. I can enjoy my holidays, play some video games and pretty much go full-on sloth until attacking 2018 anew.


I just heard about this new game being developed by Storymind Entertainment out of the Ukraine called My Eyes On You. A third person action game, it follows FBI agent Jordan Adalien as he tries to track down a serial killer in Chicago.


I've been listening to synth-wave almost exclusively the last few months so I'm digging the look, but I wish the teaser showed off more of its game play mechanics. There is no release date as of yet, so plenty of time for that I suppose.


With one week left until Santa arrives, I suppose I should start getting into the Christmas spirit. For those of you who dread this time of you, I found a little short film for you by Matt Thiesen & Justin Lee entitled Humbug.


Here's my thought process that happened to me earlier today while on social media.


“Hmmm, don't know much about this Justice League Dark thing, but this Swamp Thing design looked cool, who els-- OHHHMYGODD” 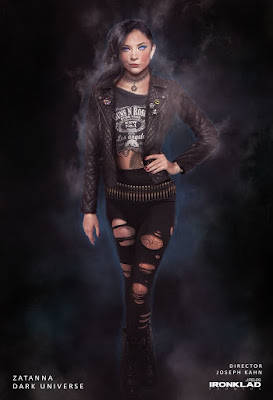 She would've made a better Captain Marvel, but I'd take anything at this point.
Posted by Jay Clarke at 1:04 PM

Have you thought about cross posting your blogs to Steemit? They pay for content.