Disclaimer of the Dead

It's time to start the year off right with a dip into my VHS collection. This is one I acquired fairly recently and you'll no doubt recognize the cover if you spent anytime in video stores back in the day. 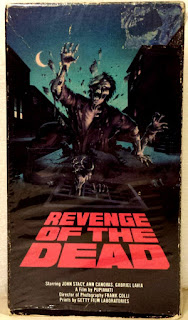 Perhaps surprisingly, I had never actually watched Revenge of the Dead before. I'd like to say that maybe I had associated it with the Jess Franco dud Oasis of the Zombies, but I didn't even know it was Italian until I popped it in. If I'd realized it was a Pupi Avati joint, I probably would've watched it a lot sooner. His 1976 film The House of Laughing Windows is an unsung gem, so I was optimistic.

Sadly, as with many titles from the home video boom, the coverbox is the best thing about the film. Maybe that's too harsh, but it is unrepresentative. While it does feature one or two shambling undead, they are more of the Herk Harvey variety, rather than that of the cover. 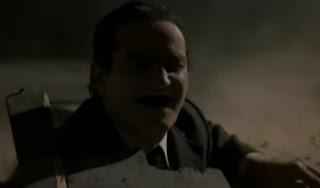 The best way to describe Revenge of the Dead is that it was Avati's The Beyond, except nowhere near as fantastical or gory. It does offer up an intriguing mystery, but then gets bogged down in its revolving door of walk-on characters. I may have nodded off a bit in the middle so I won't blame the narrative for being a bit confusing, but it certainly doesn't conclude in any way I found to be satisfying.

It wasn't without its amusements though. The main theme by the prolific Riz Ortolani was pretty boppin' and the filmmakers must have realized that as well considering the amount it was used in the film. Imagine if Manfredini & Simonetti had a musical love child and you can approximate the score. Plus, there was a foghorn sound cue that made me chuckle every time it happened.

I also wondered if this movie was either set in the seventies or Italy was just behind the times because “video tape machines” and electric typewriters were both considered cutting edge technology here. I must admit that the protagonist finding an ancient scripture translation on a used typewriter ribbon was a pretty cool device. 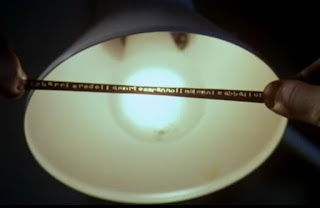 Revenge of the Dead was no winner, but not a bad curiosity for those into vintage Italian horrors. Just be aware it is nowhere near as sleazy as Franco or Martino, gory as Fulci or Lenzi or visually pleasing as Bava or Argento.
Posted by Jay Clarke at 10:00 AM