It was Friday the 13th last weekend and there were two - count 'em - TWO separate screening events in T.O. The first was a Drunken Cinema event for Jason Takes Manhattan.

The event featured creator Serena Whitney's usual deck of drinking rules and appropriate props and the movie went over well with the packed house. 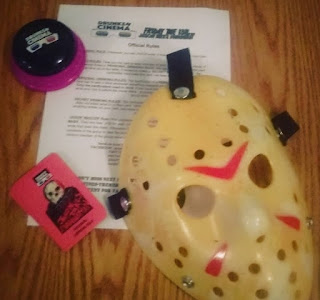 It had been a while since I watched Part 8 and it seemed even more absurd to me this time around. That sounds funny to say since logic has never really entered into this series, but there's stuff in this movie that makes Jason's fight with Tina “Carrie” Shephard in Part 7 and his jaunt to space in Part 10 seem almost plausible by comparison.


Part 8 is the movie where Jason's third jolt of electricity somehow also levels up his teleportation skills. I'm sure it was supposed to be a production in-joke, as it would explain why the filmmakers also seemed to thumb their noses at the timeline. Rennie was able to time-travel back to the sixties (to see kid Jason in the lake) and then come back for her high school grad party in the late-eighties? And don't even get me started on the toxic waste in the New York system and Jason's death-morph back into his child self.


Regardless of that, the little time that we do get in New York does give us some of the most colourful sequences of the series. And it's got Kelly Hu!


Following that, I made my way over to the Carlton for the sold-out screening of Jason Lives, the sixth part in the series. This was a really lively affair with many “Jasons” in attendance. 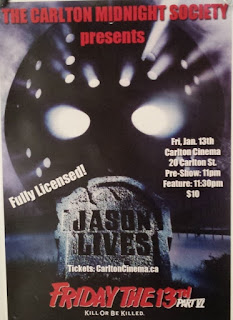 Judging from all the screams at the jump scares, there were a lot of people who had not either seen this installment or horror movies in general, so it was really fun.

Part 6 is one of the better in the series I think. The conclusion of the Tommy Jarvis arc gives the movie weight, and I think you care about the “fodder” characters a bit more than this one. Unlike some other installments, there aren't really any antagonistic characters in this one (no bikers from Part 3 and no bitchy characters like Melissa in Part 7 and Tamara from Part 8) so they are inherently more likable as a group. Director Tom McLaughlin was right to give this one a slightly wry bent after the overtly sleazy nature of the previous installment. 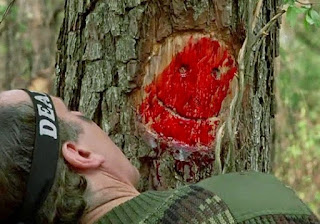 I had a blast. Even though there are better single installments in other slasher franchises (Halloween, NOES), as an entire series, the Fridays are what I have always considered home. Except Part 9. Part 9 can fuck off.


The next Friday the 13th is in October, so that's yet another reason to look forward to Halloween!
Posted by Jay Clarke at 10:00 AM