Good morning all. With UFC's Fight Pass being free this weekend, I've been spending the last few days watching people punch each other in the face, but I've torn myself away long enough to get you up to speed on this week's happenings - good and bad.


I discovered an awesome release from Garagehouse Pictures this week in Trailer Trauma 3: 80's Horror-Thon. 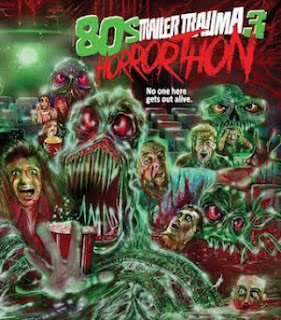 The third in the series (the first two covered cult and drive-in fare respectively), this looks to be the definitive collection of home video era horrors with over two-hundred-and-fifty trailers on display. It's a little pricey to ship to Canada, but it does work out to a measly quarter a trailer, so how can I say no, really?


The run is limited to 1500, so if you want to snap one up go to the DiabolikDVD website here.


I've talked before about how excited I am about the upcoming lady-centric anthology, XX and now we have a trailer.


Man, this thing looks slick. XX premieres at Sundance next week, so let's hope the buzz is good and I can be watching it myself by year's end.


Ending on a sad note, we lost another horror icon last week. Writer and director William Peter Blatty passed away in a Maryland hospital last Thursday. He was 89.

Blatty had a storied career as a writer before publishing what would become his opus, The Exorcist in 1971. He would later write the screenplay for the film adaptation for which he received an Academy award in 1973. Eight years later, he would win a Golden Globe for the adaptation of another of his books, Twinkle, Twinkle “Killer” Kane (retitled The Ninth Configuration) for which he also directed.


He would then go on to direct an adaptation of his follow-up to the Exorcist, Legion. Retitled Exorcist III, this solid film is now starting to gain the recognition it did not receive upon its release.

You will be missed, Mr. Blatty.


(Should we be thankful we made it twelve days into 2017 without a horror celebrity death?)
Posted by Jay Clarke at 11:27 AM