This is a post I've been meaning to do for quite some time now, and the Laser Blast screening tonight at The Royal was the kick-in-the-pants I needed to finally get it done.

Six years ago, I did a post gushing over how much I loved Ed Hunt's 1988 creature feature The Brain. Part of the movie's appeal is that it (like many of Hunt's pictures) was shot in my area. So, since then I've been tracking down a lot of the locations used in the movie.


The most striking location in the film is obviously that of the Psychological Research Institute. 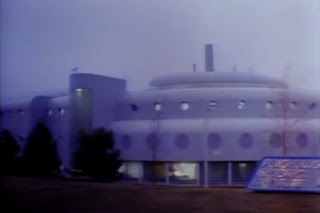 This site is actually the Xerox Research Centre of Canada in Mississauga, Ontario. Those trees in the foreground have all grown in thirty years, so it's now basically obscured from this angle. 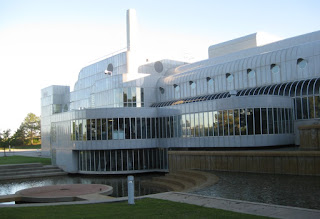 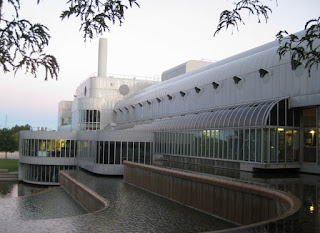 By ridiculous coincidence, my friend Kurt works there and last year he gave me a tour of the place. We walked around the perimeter looking for some of the places used in the film. The doorway and glass panel facade is still the same. 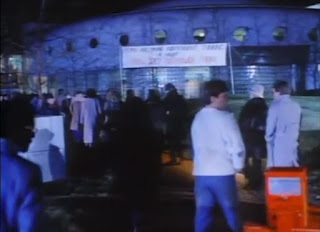 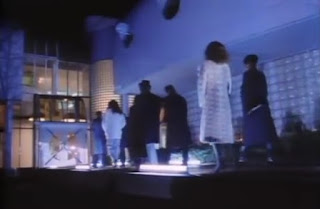 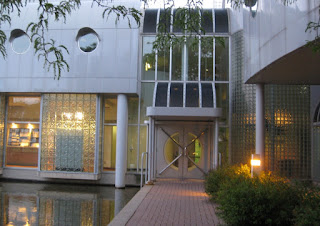 Sadly, the area where Willie (Bret Pearson) & Janet (Cynthia Preston) enter the facility, and the parking lot where Verna (George Buza) chases her and Jim (Tom Bresnahan) down were built over when the building was extended sometime in the nineties. 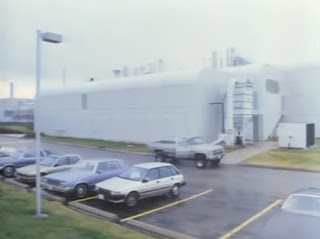 Even though some commercials and TV (most notably the pilot for Bill Shatner's TekWar) were shot inside the XRCC, it was not used for The Brain. The interiors of the Institute hallways, front desk and the television studio were shot inside the Ontario Science Centre in North York, Ontario.


All of the industrial interiors were shot at the Canadian General Electric plant in the West End of Toronto. Several sets, including the opening bedroom scene, the Brain control room and the warehouse climax were built in one of the buildings on the CGE site. (Ed - The Brain's assistant art director Michael Borthwick informs me that the shooting took place in a smaller building that was behind the one pictured.) 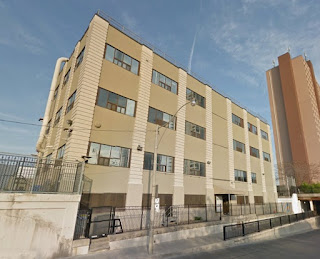 Meadowvale High School was pretty easy to find, as it is in fact, Meadowvale Secondary School in Mississauga, Ontario. 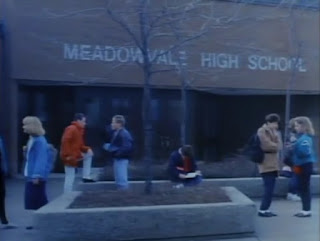 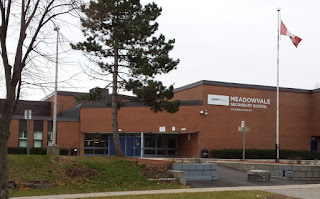 The exterior has changed a lot in thirty years, so much that if it wasn't for its close proximity to the XRCC, I'd wonder if it was in fact the actual location. I did go inside, but unfortunately the library isn't public, so it's only open during school hours.


The only two sequences that weren't shot in the Toronto/Mississauga area were done around Dundas, Ontario. The scene where Jim pushes his car off the cliff is at the quarry there, and the shot where he looks out at the city at night was no doubt Dundas Peak. (Ed. - a helpful reader in the comments let me know that cliff is actually the Devil's Punchbowl in Stoney Creek, Ontario.)


The other location I was able to track down was the used car lot Jim walks through toward the end of the movie. It is now a strip mall, but I was able to find it because of the Red Lobster/McDonalds in the background. 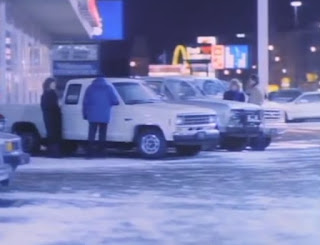 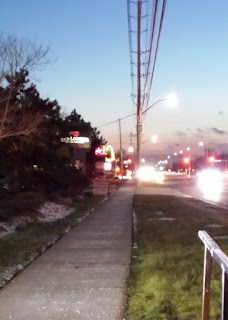 As with the XRCC, tree growth has obscured the original angle, but you can see that this is likely the location.


I am still on the hunt for Jay's Burger Bar. 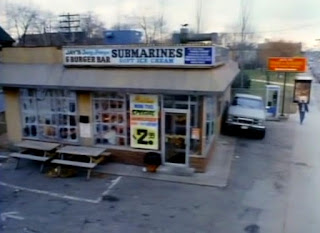 I know it (or its current incarnation) is somewhere in the Lakeshore/Mimico/Long Branch area, but that is some sizable ground to cover and not something I want to take on while it is minus a million degrees outside.


The Mississauga suburbs are just rows and rows of houses that all look the same, so finding Jim's house is unlikely, but maybe someday I'm come across the one that girl tumbles out of at the beginning. 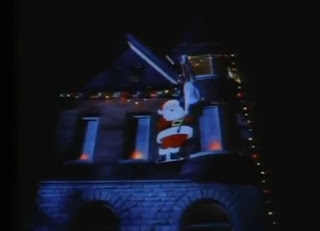 Anyway, that's the tour. I'm pretty stoked about the screening tonight. It is technically a Christmas movie, so I'm killing two brains here!

*Thanks to Kurt Halfyard and Ken Gord for all their assistance in putting together this post.
Posted by Jay Clarke at 10:00 AM

I worked at the Xerox research facility for a high school co-op placement. From what I can remember it was not particularly fast paced in there, but more focused on development. I got to spend days trying to keep myself busy and scraping toner out of vessels for weighing. There were good intentions, at least, to expose students to a different type of work environment, but it was a bit of a whiff.

Bit surprised that the site has been used for backdrops in television and film production. When I asked if I could take any photos when I was working there I was told it was company policy not to. The exterior, though, certainly would have lent itself to a futuristic looking motif back in the 80's and 90's.

I bought some DVD box sets of Nikita, which was a Canadian TV production from about 20 years ago. Plenty of Toronto area sites that are familiar but I'm pretty sure I saw some scenes shot at Lion's Valley Park as well.

I think they stopped allowing stuff to be shot there in the mid-nineties, so depending on when you were interning, that would make sense. My friend had to get permission to show me around.

Oh God yes, countless shows are shot in Toronto. The Canadian tax shelter horror movies of the seventies and eighties are some of my faves!

Actually, where the car goes off the cliff is 100% the Devils Punch on the Stoney Creek Mountain. He then overlooks the city of Stoney Creek with Hamilton (smoke stacks) and the skyway bridge in the background. So, add Stoney Creek and Hamilton to the shooting locations ;)

Excellent, thanks Vez! I'll have to add that to my list of new destinations to check out.