What Happened To Us?

Schwartz (of Cartoon & Horror) was over the other day and we were looking for something to watch before we headed out to the Pickering Flea Market – which was unfortunately a bust as the VHS vendors had been picked clean. He then remembered that I’d picked up a bootleg of Ed Hunt's The Brain at his behest during the Festival Of Fear. It had sat in ‘the pile’ since August, so I was more than happy to give it a whirl. 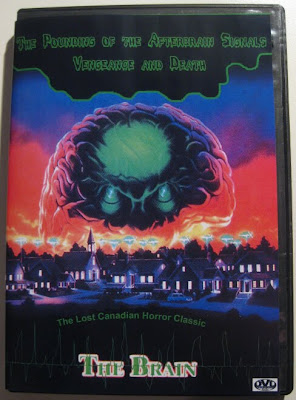 Schwartz has championed this movie on a number of occasions and I can now see why, as I kind of heart it, as well. Shot in 1988, two towns over from my stomping grounds, this is classic eighties cheese. The Brain doesn’t waste anytime, showcasing the title creature almost immediately, as well as all manner of prothetics and practical effects. And, the teddy bear crying blood... Genius! 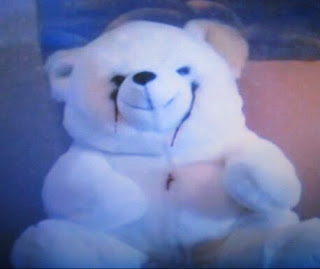 I mean you just have to love these crusty Canadian horrors, especially the tax shelter flicks of the seventies & eighties. These were titles shot in the GTA by the likes of Ed Hunt & David Cronenberg among others, and all had a specific look that I love. The Brain just goes for it, lets the synth beats fly and when in doubt just inserts a chase scene. Seriously, there is so much running in this movie, I was almost out of breath after watching it. I know Canadian staple George Buza must have almost keeled over after shooting his scenes.

The Brain is chock full of gore set pieces and clearly Cronenberg’s Videodrome was an influence. The best thing is the Brain itself though, which gets so big by the end, they must have had to cart it around with a forklift. Oh, and courtesy of Christine Kossack, this movie gives us the nicest pair of breasts this side of Halloween II. And if that wasn’t enough, David Gale (of Re-Animator fame) shows up as the shifty motivational speaker Dr. Anthony Blakely. But the best, the best is what concludes the film. 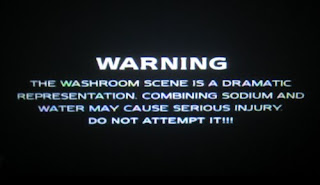 So, The Brain is Jackass Zero, then?

I’m starting to realize that the tandem of Ed Hunt and writer Barry Pearson is a very favourable matchup. After the 2008 Trash Palace screening of Plague – at which Pearson was in attendance – and now The Brain, I think I must track down Bloody Birthday. Although if I remember rightly, Pearson himself may have advised against doing so during his Q&A. No matter. I love this stuff. The Brain is the movie I should have double-billed with Uninvited last month. 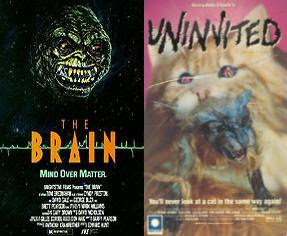 So, the question remains, what happened to us? Where is all the Canadian horror? Christ, when’s the last time Canada really made a splash in the genre? Ginger Snaps? Those movies were like a decade ago. Where are the Black Christmases, the Rituals, or even my Toronto-centric fave Deadly Eyes? I realize the financial climate isn’t anywhere near the same as it was back in the day, but come on, our best & brightest can’t all be heading south, surely! I'm exaggerating of course, as there have been some, but do Jack Brooks: Monster Slayer, Smash Cut and Splice really match up against titles like The Brood, Pin and The Changeling? I say not quite.

But enough with the soapboxing, I’ll leave you now with these Ed Hunt goodies. Note to self: Must see King of the Streets!

"What Happened To Us?"

We shot our load.

Nothing else for us to say.

Mebbe when we are old and grey there will be a new generation here in Soviet Canookistan with something worthwhile to put to film.