Welcome to a jumbo-sized Halloween hangover edition of DKTM. I have such sights to show you!

Recently, Larry Fessenden & Glenn McQuaid (the dastardly duo behind I Sell The Dead) teamed up to create a series of audio plays entitled Tales From Beyond The Pale. Last week, the first of these tales called Man On The Ledge was released online via their website. Featuring the voice talents of Fessenden, Vincent D'Onofrio & Nick Damici and written & directed by Joe Maggio, it can be downloaded now for a mere $1.99. Click on the image below for a sample. 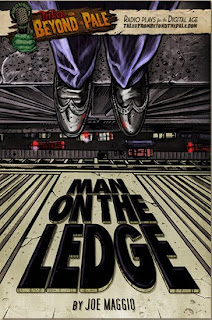 The second episode, British and Proud by Simon Rumley just dropped a few days ago, as well. Subsequent episodes will be done by the likes of Graham Reznick, JT Petty & Paul Solet.

DirtyRobot sent me a link to a cool Halloween music mix the other day. As you know, I'm a huge fan of artists that drop movie samples into their work, so it should be no surprise that I'm all over this. A dark maestro by the name of Deadboy strung together musical bites from films such as Suspiria, Zombi 2 & The Beyond to give us a horror soundscape that is sure to prolong your Halloween high. Check it out below.

Three years ago, an animator by the name of Takena gave us the awesome claymation splatterfest Chainsaw Maid. Well, animator Lee Hardcastle, known for his one-minute claymation rendition of The Evil Dead, has produced a follow-up to Chainsaw Maid, aptly titled Chainsaw Maid 2! Check it out below.

One of the things I really enjoyed about the latest Resident Evil movie was the awesome score by tomandandy. Recently, Examiner.com columnist Mark Morton interviewed Tom Hajdu & Andy Milburn about their experience working on the latest entry of the franchise. Here's a snip;

Morton: One of the things that immediately leaps out at me when listening to the RESIDENT EVIL: AFTERLIFE score is that there is the sensation that the music is not just serving the film, but also remaining faithful to the video game series.

taa: Well, it is certainly the case that the film is the first one directed by Paul W.S. Anderson since the first one. And he was pretty adamant about wanting to maintain some spirit of the game, while at the same time creating a new evolution of the movie franchise. So yeah, that is definitely true. 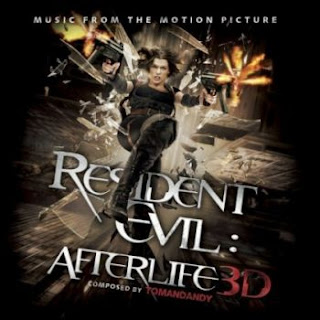 Morton: So, when creating the sound palette for the film, how did you decide what instrumentation to use, where it didn’t sound like a rehash of the past?

taa: We were pretty decidedly not going to use an orchestra, so the idea was to create a palette that was cinematic and yet familiar. It feels strangely familiar, but simultaneously new. So one of the things we did to try to ground it was to use guitars. There is a lot of music in this film – there is only one real song and 82 minutes of tomandandy. There are several sequences where it is just music – no sound effects, no dialogue, just us and the imagery.

Morton: Where you guys fans of the video game before coming into this film?

taa: Oh sure! Andy and I did our PhD’s at Princeton, and we were into video games before video games really existed – when they were just characters on a screen. But yeah, we’ve tracked the evolution of RESIDENT EVIL and were really excited to be a part of this new representation of the brand.

The other day, I got an emailed a link to a fairly promising trailer for an upcoming vampire indie called Midnight Son.

While it may be true that the market is pretty saturated with vampires right now, I've found that after positive experiences with genre indies like Underbelly and The Landlord this year, it is always worth checking out everything that comes across my Inbox. For more info on Midnight Son, check out the film's website by clicking here.
Posted by Jay Clarke at 10:24 AM