I have done countless posts on VHS coverbox art over the years, but now I want to turn your attention to an item that some of us may have had hundreds of back in the day - Blank VHS. They were many companies cranking these out in the latter part of the twentieth-century and now they hold court in the landfills, crawlspace totes and buried shelves of the world. Me? Well, it should probably come as no surprise that I have still have the very first one I owned. 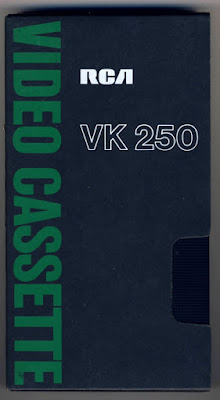 It must be nearly thirty-five years old and has Ninja III: The Domination, Krull and Strange Brew taped off First Choice. Now I say that it is mine, but I believe it was usurped from my father.

If I were to watch this tape, I might see old Premier league matches or episodes of Benny Hill or Dave Allen At Large in between my stuff. I have tossed the lion's share of my old tapes (mainly for space, but also because most of the horror stuff was upgraded to DVD or Blu), but I still have a few. 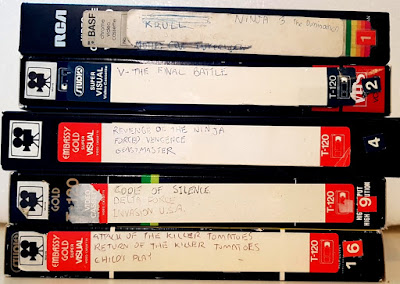 Looking though my stuff, I realized that these things had neat logos and colours to catch your eye, as well. 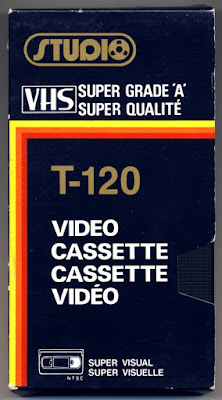 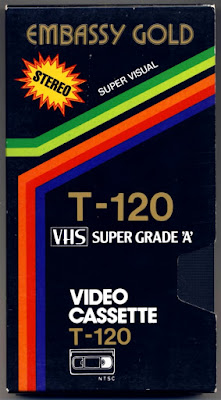 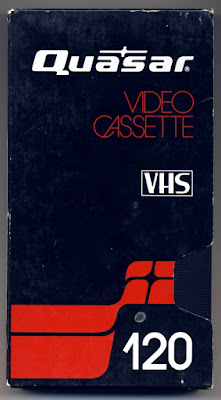 Over the next several weeks, I intend to post more blank tapes because between me and my mother we still have fourty-plus unique jackets lying about. I'll still be showcasing short films, but on Wednesdays and likely not weekly. Rather than just lift stuff from Alter - which is where I felt I was heading - I'll just hi-light the really significant offerings.

Anyway, till next time, kiddies.
Posted by Jay Clarke at 10:00 AM