Now as I said before, there are likely millions of blank VHS (if they haven't been melted down) made by dozens of different electronics companies languishing out there. At the end of their run, they cost peanuts, but in the early eighties they were actually quite expensive. When I was a kid, VHS tapes were often used as stocking stuffers at Christmas and oft requested items for birthdays.


I don't remember buying my own in great quantities until I started working at the video store. When it became a Blockbuster in 1992, they had their own brand and I frequently snapped them up using my employee discount. 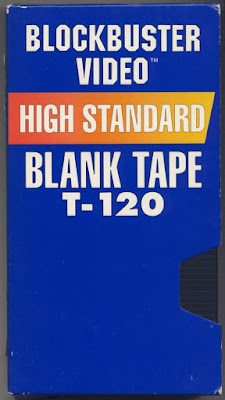 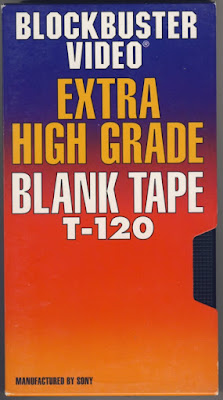 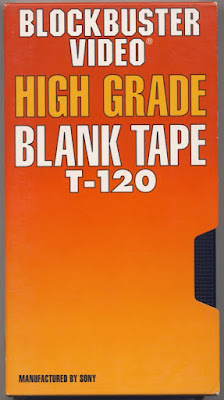 I found those orange ones above to be significantly good quality, so I used them for a lot of my important recordings. 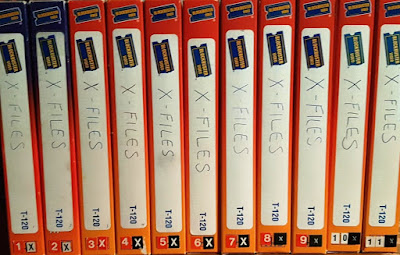 I obviously just keep these first ten or so for nostalgic purposes, but I really liked how they looked all lined up on my shelf back in the day. About a decade later, after when the BBV brand stopped being made, I switched over to Memorex because their affordability and durability. 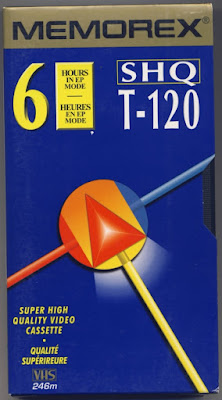 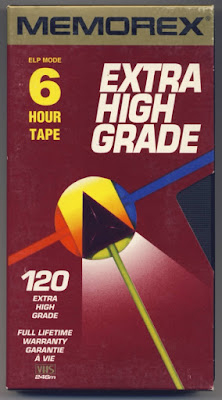 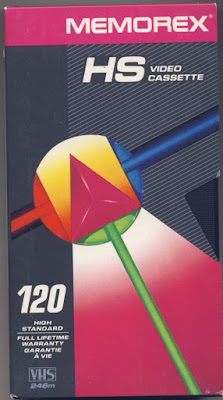 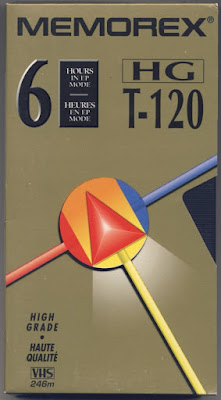 I think by the time VHS was on its way out, I could get a ten-pack of the gold one above for about $12.99 at Wal-Mart and they are definitely the ones I have the most of still. Memorex also gave you many different length options, which I appreciated because I was still recording tons of stuff. 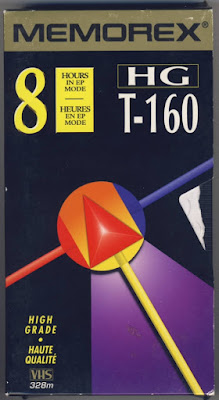 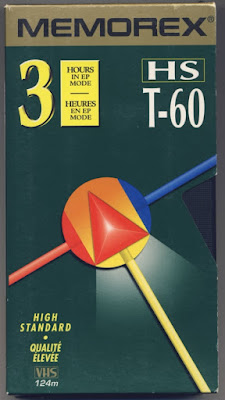 I shudder to think about all the time I wasted re-dubbing televisions shows in order to take out the commercials so I could fit eight episodes per six-hour tape. And the final rub is that now I wish I had those commercials because of their historical value. You really can't win!
Posted by Jay Clarke at 10:00 AM