Last weekend, the film that I worked on earlier finally had its premiere. At The Blood In The Snow Film Fest, Chamber of Terror played in front of a packed, enthusiastic house. It was such a great time and almost everybody involved was able to come out.

The movie turned out pretty good, and was actually a lot funnier than I was expecting. Truth be told, it's the ladies (Jess, Storm and Sigourney) that really make this thing pop.

I'm not sure where its going to go from here, but I'm so proud of my buddy Mikey for making it happen.

Hey all. Here's a local short film that just dropped online. The Four People Who Call You At The End of the World is directed by Kenzie Yango and stars the lovely and talented Storm Steenson who you may remember from my 2017 short The Good Samaritan. Enjoy!

Posted by Jay Clarke at 6:34 PM No comments: 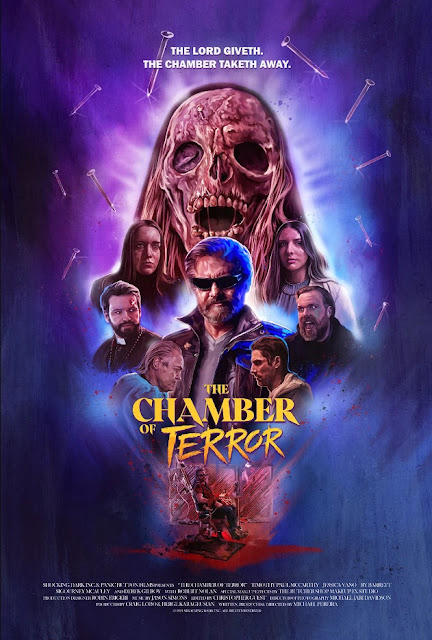 Matt Therrien seriously killed it with this one. CoT premiere on November 20th at BITS has already sold out so you know I'm not the only one excited to see it.