I know this post is long overdue, but I finally wanted to weigh on the recent Canadian launch of Shudder. For those who don't know, Shudder is a streaming service similar to Netflix, but exclusively horror. I've been in since the Halloween beta and I have nothing but nice things to say about it.

The first time I took it for a spin, I could immediately see that there was some significant curation going on. Unlike Big Red, where the majority of its horror titles are direct-to-video shovelware, Shudder has many different flavours from many different eras. My eyes immediately latched onto the bevy of older Italian titles (The Bloodstained Butterfly, Death Walks In High Heels, Don't Torture A Duckling) as well as several underrated festival titles (Citadel, S&Man & Sauna) that have hopefully been rescued from obscurity by their inclusion. It did not take me long to fill up a queue with things to watch. Netflix Canada's launch catalogue back in 2010 was a little anemic, but that definitely isn't the case here.


Shudder has also followed Netflix's lead and started producing their own content. I haven't dived into the French mini-series Beyond The Walls yet, but I certainly intend to in the New Year. 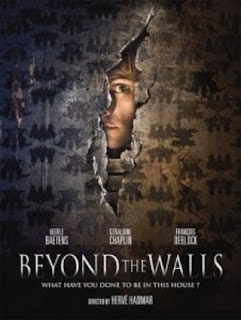 What most impresses me about Shudder is that they are actively providing different kinds of experiences. I have noticed some short films sprinkled in with their content like Izzy Lee's Innsmouth and Jill Gevargizian's The Stylist, as well as the No Sleep produced audio drama Darknest Night, the latter of which I am really enjoying. I also observed that when Rob Zombie's 31 premiered this month, they also included a bunch of behind-the-scenes featurettes.

Shudder offers high value for the money and considering it is half the price of Netflix per month, this is a no-brainer for horror fans. It's kind of a drag that I have to watch it on my laptop because there is no Playstation app yet, but I'm sure they're working to rectify that. As for any horror fans that haven't tried it out yet. Get on that!
Posted by Jay Clarke at 10:00 AM