Okay so here we are, these are TZ's top episodes in my book. 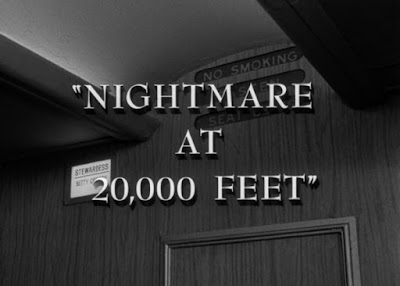 My favourite of Matheson's contributions, this episode was so iconic, they even decided to re-use it for the 1983 theatrical version, as well as arguably the best segment of The Simpson's Treehouse of Horror. Due to this, a case could be made that this is the most pervasive episode of the Twilight Zone, as much like open water is to Jaws and showers are to Psycho, have you not ever, while on a flight, looked out onto the plane wing to see if there was a gremlin staring back at you? 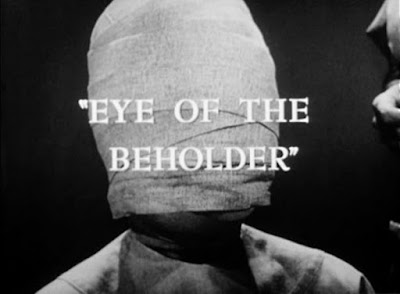 Yet another episode that it is synonymous with The Twilight Zone that has been parodied and re-appropriated over the years. It still remains one of the greatest twists in television history. Also, watching it again recently, I was able to really appreciate the artistry in filming in such a way to hide everyone's faces for most of the episode. 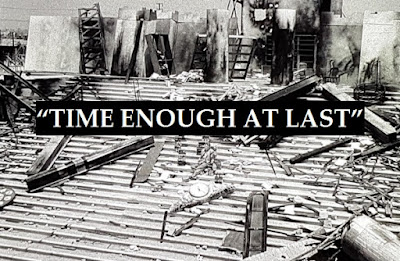 This episode really freaked me out as a kid and my go-to when I think of the real “gut punch” episodes. I concur with Albert Brooks' when he speaks of that episode during the opening of the 1983 movie. I too have a back-up pair of glasses, especially since my vision is now starting to rival that of Burgess Meredith's. This was the best realization of TZ's popular theme of “be careful what you wish for.” 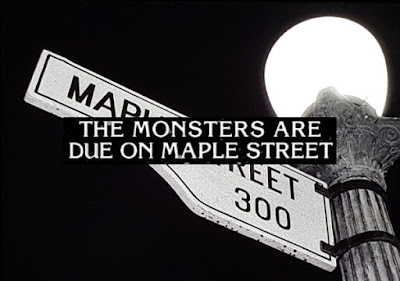 Paranoia and mob mentality was always an oft-used theme in The Twilight Zone, but it was never better utilized than here. It's just as poignant now as it ever was, although we still don't need alien interference to get riled up. I also have a soft spot for this one because it was heavily sampled by Skinny Puppy for their song, Monster Radio Man. 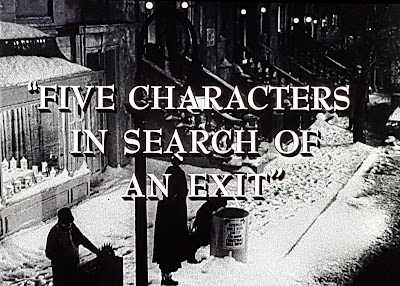 This episode, based on a story by Marvin Petal, may likely be a contentious choice for number one, but it holds great significance for me. I first discovered The Twilight Zone in the eighties while it was in syndication. When I was about twelve or so, I got a TV in my room, but the rule was that if I went to bed at ten, I could watch TV for an hour – which consisted of reruns of Benny Hill and Bizarre – and then it was lights out! However, one time I kept the TV on and this episode came on. I was immediately transfixed and I remember turning the TV real low so I wouldn't get caught because I absolutely had to see the end. And then my mind was blown. I have dabbled in fiction over the years and nothing has inspired me (save maybe Stephen King) more than that story, which I feel is still one of the greatest twists ever.

So that's my list. Hopefully, this inspires you to go back and watch some old Twilight Zone episodes because they really are fantastic. It's also fun to see early appearances of some big stars, which are too large to count in number, but the one where Burt Reynolds (doing his best Brando impression) get punched out by William Shakespeare is certainly a gas.

Anyway, have a good weekend and I'll see you in the fifth dimension.
Posted by Jay Clarke at 10:00 AM