It Came From The Archives 31.1

Hey all! Today, I give you, as promised, some more relics from the Archives. I've showcased old horror newspaper and magazine clippings before, but these below are from a scrapbook just recently unearthed. This will be the first of three parts with this one mostly consisting of old nineties articles and reviews from The Toronto Sun. As always, click to enlarge. 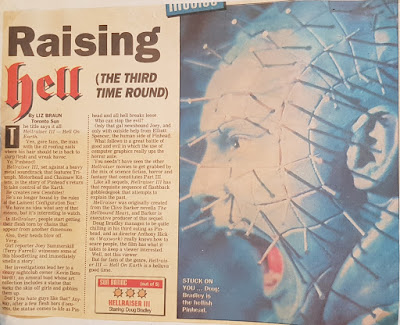 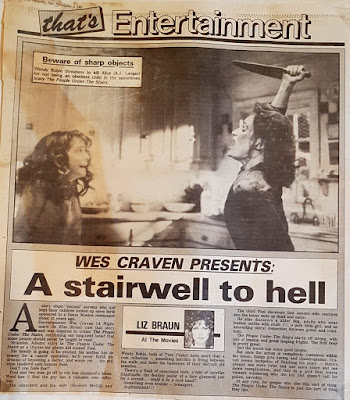 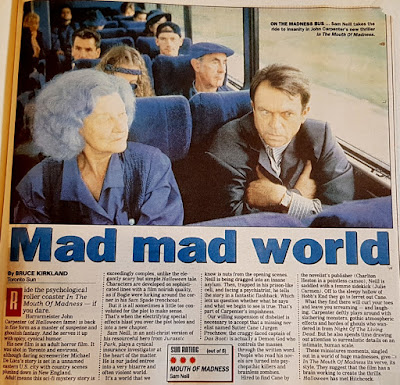 You know, I'm going to pause here. I didn't mean for this to morph into a critique of pre-Internet movie journalism, but the pair of reviewers above, for lack of a better term, sucked balls. Bruce Kirkland was a goof who seemed to actively avoid researching the movies he reviewed (I remember drafting an unsent email about his insipid and misinformed review of Resident Evil) and Liz Braun was the absolute worst. I spent more than a decade incensed by her witless and snide comments about genre films. The above sampling of her scribbles all contain some form of dismissive “well, it's not for me, but if you're into it I'm sure it's fine.” comment. Hey, here's a fucking idea, Sun. Why not employ a third voice that actually knows a thing or two about, or at the very least appreciates, horror films?

Nowadays, film opinions and info are everywhere, but back then, apart from Fangoria and the occasional free mag at the cinema, the Sun was one of the only places you could get regular info about new horror movies and it burns my ass that said info was being doled out by these two buffoons.

Anyway, vent over. More stuff from the past. 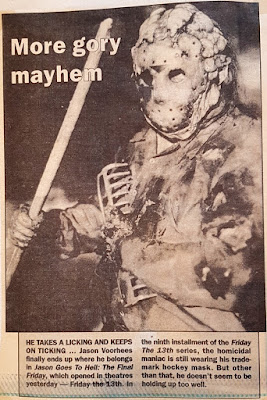 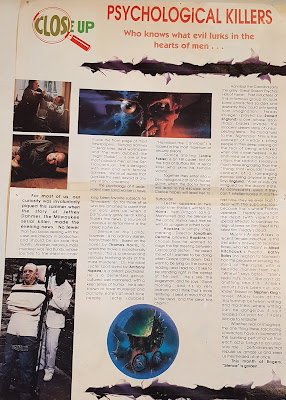 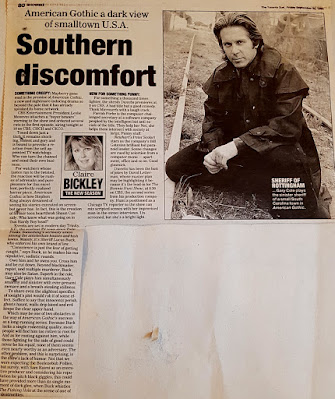 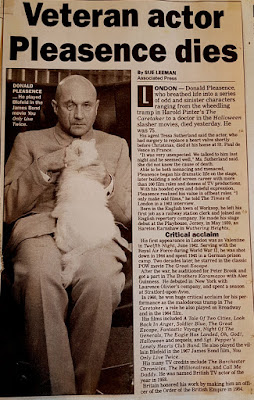 Check back tomorrow for some clippings featuring interviews with the likes of John Carpenter, Stephen King and Clive Barker.

"Bruce Kirkland was a goof who seemed to actively avoid researching the movies he reviewed (I remember drafting an unsent email about his insipid and misinformed review of Resident Evil) and Liz Braun was the absolute worst."

Back in the day I actually emailed and heckled them. After leaving Ontario I'd still read the Sun online sometimes. Not sure what I wrote to Liz about but I mentioned something about how boring and conformist his political opinions were that he liked to insert in some of this reviews. They actually did respond. I dug up what Bruce wrote me:

"Usually I do not answer e-mails from people who are too gutless to sign them with a real name but I do have one answer to you: McCarthyism is as close to fascism as the United States has ever been. Anyone who joined in that campaign of undemocratic evil is a weasle — and more. There were and still are legal procedures for identifying, investigating and prosecuting individuals who betray their country as spies. The McCarthy hearings, and nasty little efforts by his backwater acolyptes such as Brewster, had nothing to do with the rule of law, with the needs of good government or even with common sense. At least, in my 'humble' opinion.
Now, if you really are 'a frank talker' then indicate so and write me back. Otherwise, your unsigned opinions are worthless.

WITH NOT SO HUMBLE REGARDS,
BRUCE KIRKLAND"

Another time I poked one of the sports writers. Can't remember what it was about be wrote back to taunt me that I was incorrectly using two blank spaces after periods, which was out dated.

The mid wit press really are the enemy of the people, lol.