Last weekend I took a road trip east to the lovely city of Montreal to take in a little Fantasia, Canada’s biggest genre film festival. Serena Whitney (of horrormovies.ca) and dirtyrobot (of Filmopia.com) accompanied me on the trip down and we arrived late Friday evening.Thus began a weekend of fabulous revelry.
My first film was Zach Passero’s Wicked Lake. When I first saw this film in the programme and realized it was connected to The Lost (Chris Sivertson wrote both films) – a movie I viewed earlier this year and was NOT fond of – I figured Wicked Lake a must miss. Alas, then I spied a certain excerpt from the press notes.

“…coven of nympho lesbian witches rent an isolated cabin in the woods and get down to some hot four way action.” 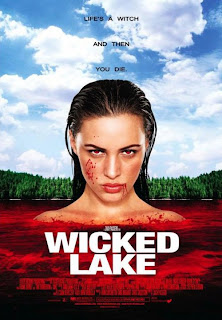 In Wicked Lake, four “nympho lesbian witches” are set upon by a family of serial killers while staying at a rented cottage in the woods.

So yeah, hot naked lesbians aside, Wicked Lake is a piece of garbage.

I think my biggest problem with this movie is that I never once thought that the antagonists were any kind of threat to the main characters. Unlike The Lost, where the kidnapped ladies were ill equipped to handle their captor, the quartet in Wicked Lake clearly, at least to me, could have handled these idiots with ease at any time. I understand there was a plot device in play here, but I find it hard to believe that any of these girls would have performed the humiliating deeds they were subjected to if they didn’t have to. I never bought it for a second, which means I was just sitting there waiting for time to click by until the tables turned.
I could see the influences. The family from Texas Chainsaw is obvious, and because it is the same sub genre, you have to mention Last House On The Left and I Spit On Your Grave, as well. But, like I mentioned before, the conflict in both of those films was plausible, likely even. Wicked Lake isn’t homage to these films; it’s amateur hour mimicry. You can’t even justify that the supernatural angle cancels out any need for believability either, as what I’m talking about happens way before all that shit goes down. I’ve even seen someone reference Suspiria, which I thought was comical. To quote the ubiquitous Sam Jackson from Pulp Fiction, “It ain’t the same ballpark, it ain’t the same league, it ain’t even the same fuckin’ sport!” Bathing a scene in red light does not make you Argento.
Marc Senter, the actor who played the psychotic youth from The Lost reappears in Wicked Lake as one of the family members. His painfully awkward performance is rendered even more frivolous when he is discarded fairly early on and reduced to a running gag (that gets old real fast) for the rest of the movie. Genre vet Tim Thomerson also shows up in a side plot that was so out of place it takes a few scenes to even figure out where he is. The music was composed by one of my favourite musicians Al Jourgensen (of Ministry fame), but to be honest, I don’t recall noticing his signature sound at all. I really only remember occasionally hearing some mildly rocked up covers.
At least there was lots of eye candy to focus on. There’s no shortage of nudity, that’s for sure. Whenever things got really dreadful, I could always think back to that early scene in the red room. Now, those were better times.
Wicked Lake is just not a good movie. It fails to be shocking and/or offensive and ends up just being fairly boring. And that is the WORST crime you can commit when setting out to make this type of thing. Honestly though, I was a little relieved at this outcome. I was expecting something as ghastly and tasteless as The Lost, but Wicked Lake was just enough bad that it washed right over me.
All right. So, the first movie of my Fantasia experience was a dud, but things quickly got better as you can see below… 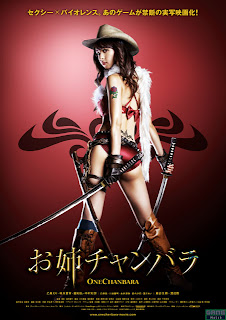