There's lots of interesting news coming out of the Cannes film market this week, so here's the skinny.

Goin' Back To Class.


There was interesting news out of the Cannes market this week. It looks like the Drafthouse guys are putting together another installment of ABC's of Death. Scheduled for release in 2014, this one will feature twenty-six new directors, including the likes of Sion Sono (Cold Fish), Canadian Vincenzo Natali (Splice), indie darling Larry Fessenden (The Last Winter) and animators Bill Plympton (I Married A Strange Person) & Robert Morgan (Bobby Yeah). As with the first one, the creators will also be looking for submissions for the twenty-sixth director. I wonder what letter it will be this year? 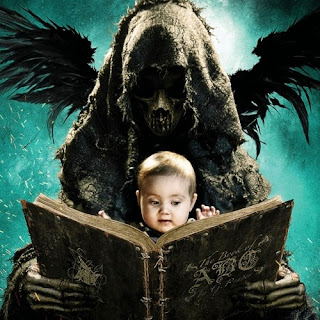 Even though the reception to ABC's of Death was mixed, I considered it a wonderful experiment that will no doubt be refined  and improved on this time around. For those who haven't seen it, I believe it is being released on Blu-ray this Tuesday. For more info on ABC's of Death 2, click here for the news release.


Speaking of anthologies, this week also saw the unveiling of the red band trailer for V/H/S 2. This project features installments from Adam Wingard (You're Next), Edúardo Sanchez (Lovely Molly), Timo Tjahjanto (Macabre), Gareth Evans (The Raid) & Jason Eisener (Hobo With A Shotgun), with writer Simon Barrett contributing the wraparound story. Now, I chose not to watch this trailer, as I found the one for V/H/S showed too much, but if you'd like to sample the goods, here it is below.

Thy Will Be Done.


Here's a trailer for the Canadian horror flick Kingdom Come. Though the byline is very familiar - strangers wake up in a remote place blah blah blah - there are some solid creature effects in this trailer that peaked my interest. Here it is below.


I'm pulling for this one, as not only was it shot in my neck of the woods, but it also stars Ryan Barrett, whom I just worked with on my upcoming short film Lively.
Posted by Jay Clarke at 1:56 PM