Ooooo Heaven Is A Place On Earth.

While celebrating a friend's birthday, I checked out this new bar called See Scape last weekend. Although calling it just a bar is a disservice, as it is also a gaming lounge, art gallery and generally cool place to hang out. 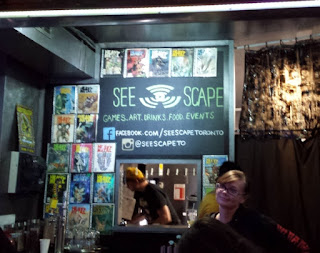 I apologize for the poor focus on these, it was -30 degrees out the night I was here and my hands were still shaking when I took these. Well, it was that, and the sensory overload.


See Scape is the brainchild of Sara Nguyen, and ostensibly a gamer's dream. They have stacks of board games as well as almost every gaming console known to man. 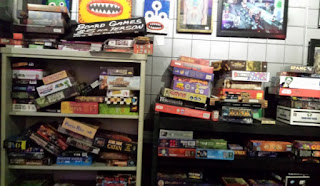 You would think that a place so novel would cost an arm and a leg to frequent, but you'd be wrong. Playing video games cost five bones per hour (ten for the whole day!) and to play board games is the same amount flat.


Perhaps the centerpieces of See Scape though, is the four themed booths that line one wall. 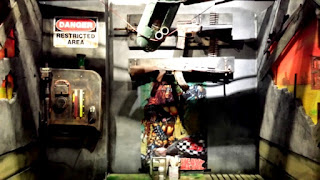 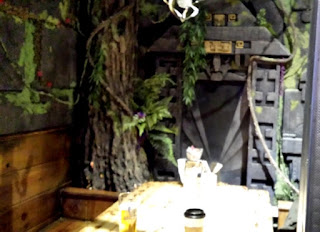 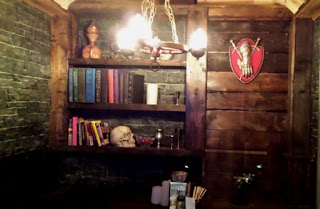 And if that wasn't enough, they also make a mean grilled cheese sandwich. However, the icing on the cake - although to be honest, this place is pretty much ALL icing - is their drink selection. When I go to these cool specialty bars in Toronto I usually have to play Russian Roulette with whatever local craft beers they serve, but both my favourites flow freely here.


Seriously, how did I exist without a place like this before? They have a wall of Heavy Metal magazines for Christs' sakes! 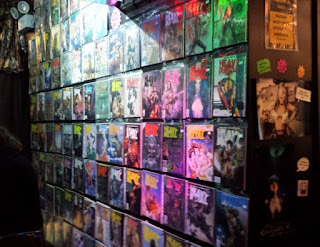 Talking about this place is a double-edged sword because I want everyone to know about it, but I also don't. This isn't a large establishment, so it would be a bummer if it became one big waiting list like some of the similar (but not as cool) places like this in town. I feel I can't help it though. This place rules!