Hey everyone! I'll have to make this quick, as I'm off to an afternoon poker game in a few hours. Check out what I've got for you today.


Well, there's certainly a lot going on this trailer. I don't see how I can possibly resist giving this one a go. Get ready for Frank to be unleashed this summer.


Chevrolet recently procured the services of Sam Raimi for one of their new ad campaigns.


I hate to state the obvious, but wouldn't have Oldsmobile been the more appropriate choice? Though, as a Chevy guy for over twenty years, I can certainly get behind this. 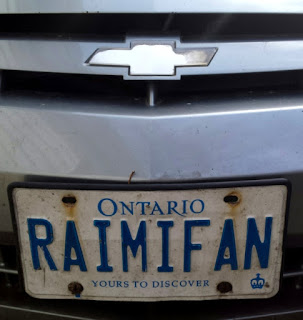 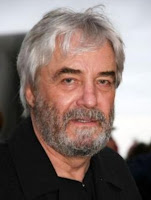 As is becoming all too frequent, I have to end this DKTM on a sad note. Director Andrzej Zulawski passed away this past Wednesday. He was 75. The Ukrainian born filmmaker's spanned over five decades. I became aware of his work just recently when I saw 1981's Possession starring Sam Neill and Isabelle Adjani. It is a striking piece of work, a cinematic nightmare in fact, with one of the most toxic relationships I've ever seen put to film. His last film was last year's Cosmos, which he wrote and directed after a fifteen-year absence from the business. Rest in peace.
Posted by Jay Clarke at 11:08 AM