Last weekend was yet another greasy edition of Shock Stock. I barely had time to recover from the Carpenter Brut show the night before I was speeding down the 401 to London, Ontario. 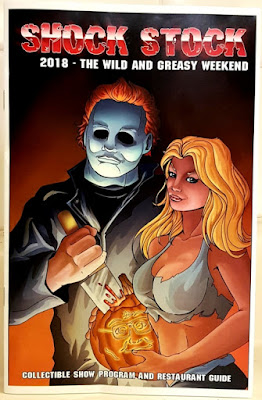 It was once again at the Ramada this year - I have no idea the Vagrancy Brothers convinced the hotel to have us all back – black magic perhaps – and the party spread out over the entire grounds. I found out that everyone staying there this weekend was involved with the Con, except five or six long-term guests and I'm sure they were warned. Shock Stock even had its own beer this year. 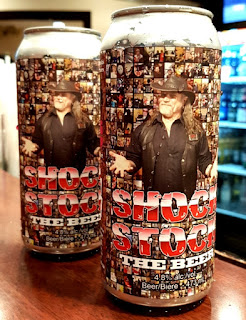 The Good Samaritan screened on the night before I arrived, but I hear it went over well. When I got there Saturday morning, the place was already hopping. I met up with Schwartz and we picked through the VHS. I have to say I was very good this year, only coming away with one poster and three tapes. 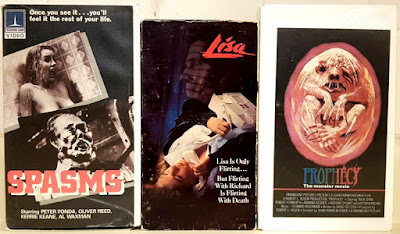 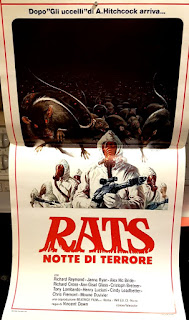 I don't speak Italian, but I love that it appears someone is comparing Mattei to Hitchcock in that poster. Plus, I also couldn't resist picking up this Phantasm magnet from The Butcher Shop that I've walked by year after year. 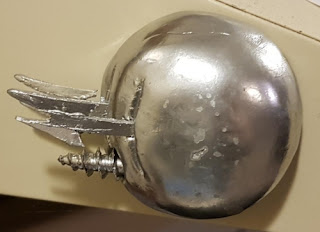 Effects guru Carlos Henriques was showing off his Jason Part 7 bust at the show which was pretty fucking sweet. 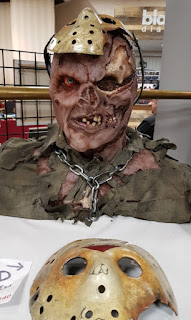 Ok, I'm lying. I'll be spending more money at the Twisted T's online store, as they have some new designs available there that weren't at the show. There were some new vendors this year that had some cool stuff. Hipster Lasers in particular caught my eye with their custom cutting boards. 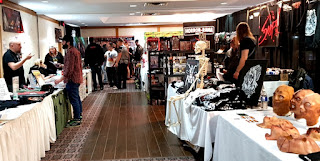 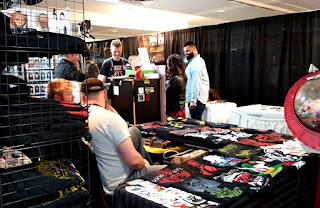 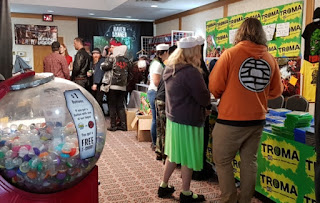 There were several panels over the course of the weekend, but I only made it to two. The first was Kane Hodder with two of his onscreen rivals Lar Park Lincoln (from Friday Part 7) and Parry Chen (from the Hatchet series). This was a fantastic time with lots of great stories. I was especially happy Hodder got to talk about his experience working on the video game. Check out the audio from the Q&A below.


The second was a live recording of The Witch Finger Podcast. You may remember I mentioned that I was surprised that I had never run into Yasmina Ketita at Shock Stock before. Well, lo and behold, she and her two podcast sisters had a booth this year. 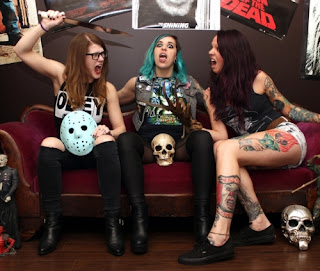 The live show was really fun and I think it improves the experience when you can actually watch along with the movie that they are covering. It also has nothing to do with me winning trivia at their show. My knowledge of fictional character Bennett Tramer netted me this sweet VHS board game. 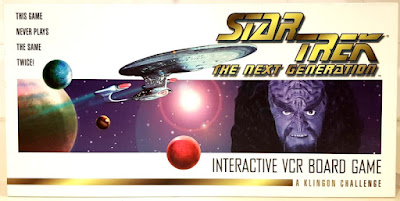 As with last year, the dining area gave way later in the night for some live entertainment, including a pretty lively performance from Blood Opera. 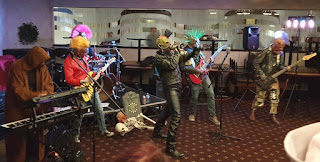 Sunday was pretty low key. I took in an entertaining documentary about Lloyd Kaufman & the history of Troma called Greetings from Tromaville and walked the show floor one last time. The day ended with The Crystal Shockers, the awards ceremony for which two of my compatriots won honours – Mike Pereira for Best Director (Zandavi Lives) and Ry Barrett for Best Actor (The Heretics, Zandavi Lives & The Good Samaritan)

And then I was heading back home. I've been away from home the last two weekends, so I'm looking forward to some R&R thi-- Texas Chainsaw Marathon?! Awww maaaan.
Posted by Jay Clarke at 10:00 AM