Last weekend, I partook in the latest marathon at my friend Serena’s place which consisted of watching all the Texas Chainsaw Massacre movies. Out of all these events I have participated in (Scream, Chucky, Hellraiser, NOES & Halloween) this was definitely the one I had reservations about. 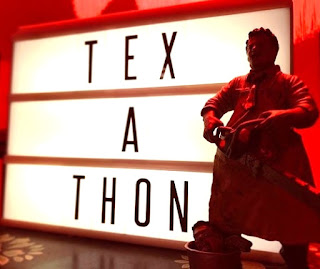 While the first two films are horror royalty – it can be argued that Tobe Hooper’s 1974 masterpiece is the GOAT and certainly the most intense and unrelenting when viewed on the big screen – but beyond that there are some serious diminishing returns. I had not seen the third & fourth installments in over twenty years and I was even more apprehensive about enduring the back half. I was not a fan of the 2003 remake and I wasn’t expecting the trio that came after it to be any better. Let’s see how we fared. 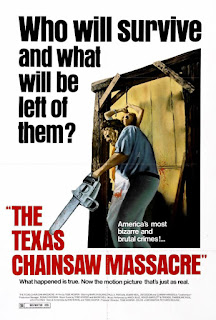 It was about noon when I rolled in with the first film underway at the point just before Jerry (Allen Danziger) meets his end. I have seen this movie countless times – I can tell you it was refreshing to watch it now without a debate weighing on my mind – and it never ceases to impress me. It is something that shouldn’t exist, but does. A celluloid nightmare that captured a moment in time and influenced filmmakers for years to come.

But enough gushing, you’re reading this so you know all this. 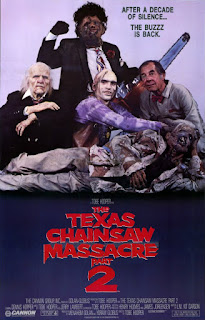 For the sequel, Hooper took a left turn at Crazytown. In response to audiences not catching onto the fact that there was actually an element of comedy to TCM, he doubled down on the camp for Part 2. Everything is amplified here. I wager that Jim Siedow (returning as the eldest Sawyer brother), Bill Moseley and Dennis Hopper were all competing to see who could chew the most scenery – Hopper’s double chainsaws probably wins that one.

And just in case you hadn’t picked up on the chainsaw as phallic symbol, Hooper smashes that point home, as well. Even this iteration’s Final Girl, record jockey Stretch (an extremely game Caroline Williams) while imperiled most of the picture does find the courage to fight back in the last reel. 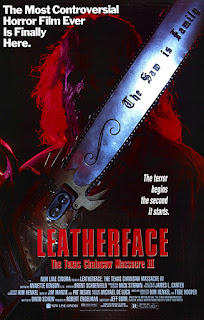 Leatherface: Texas Chainsaw Massacre III was a decidedly dry affair. Even with Ken Foree and the trivia factor of it starring a young Viggo Mortensen, there’s not much to this movie. In fact, I’ve forgotten a lot of it already other than one of the family members was a Patty McCormack-esque little girl and Leatherface gets an engraved gold-plated chainsaw. Which reminds me, this Excalibur trailer really is the best thing about this movie.


The Next Generation is a train wreck, but at least it’s a somewhat entertaining one. 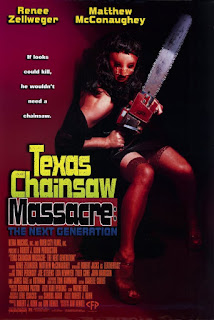 There’s something about the “anything goes” attitude of director Kim Henkel that makes it palatable. In terms of subject matter, it’s a carbon copy of what came before, but Matthew McConaughey’s untethered performance is something to behold. This was also Renee Zellweger’s first leading role and she takes it like a champ.

So much of this movie makes no sense, but four movies in I found I didn’t much care. 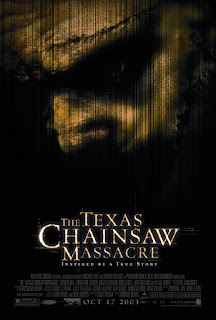 Then it was time for the modern era of TCM. Fifteen years on from my first impressions, I can relent that Marcus Nispel’s 2003 incarnation is a well made movie. I still don’t like it, chiefly because it’s everything that the original is not. It’s slick and overproduced, leaving nothing to the imagination, but it does resemble the first film in that they are both acutely representative of horror filmmaking from their respective eras.

I always found a whole town seemingly being in on it a little more implausible than just one killer family in the middle of nowhere. Just a sign of the times I guess. At the very least though, I thought Jessica Biel made a decent Final Girl. I feel she’s an actress who’s put in some really great performances since her time at Platinum Dunes that have sadly gone unrecognized. 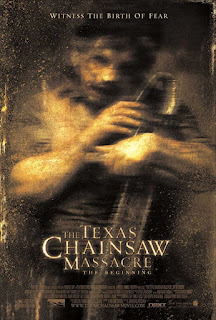 TCM: The Beginning was definitely the most joyless of the series. It’s dirty and gross and feels like a lesser version of Nispel’s picture. It’s also kind of unnecessary. Were how R. Lee Ermey became Sherriff and how the gropey guy in the wheelchair lost his legs really burning questions we needed answered? I don’t think so.


Plus, unlike Biel and the next movie’s heroine Alexandra Daddario who both filled their roles with gusto, something about Jordana Brewster felt a bit out of place here. I guess the fact that it was a prequel sort of self-spoiled the ending, as well. 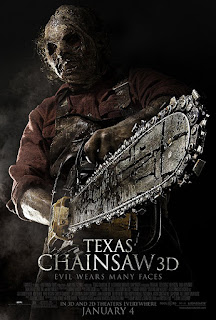 Midnight was fast approaching so it could be that I was a little punch drunk by this point – I believe it was only Serena & I that were still up by the seventh stanza – but Texas 3D was not terrible. It’s ridiculously stupid – the whole movie hinges on the main character not opening a letter she receives at the onset – but like I said, Daddario made a fine Final Girl even if she was fifteen years younger than the character she was supposed to be playing. This installment offers up some (quite possibly unintentional) dumb fun, something painfully lacking from the previous two movies.


Sadly, we obviously weren’t watching it in 3D, as that could’ve made for some Bloody Valentine shits and giggs too. I was also surprised to find I didn’t hate the fact that “Old Man Leatherface” (played this time by Dan Yeager) and Dadarrio become best buds at the end ala AvP. Hey, at least it’s something different.


And that is what I came away with when all was said and done. Everything past Part 2 was basically the same movie over and over with the same beats.

-People run afoul of the family deep in the heart of Texas.
-Someone gets hung on a hook.
-Girl gets tied to a chair.
-Girl screams while getting chased with a chainsaw.
-Girl thinks she’s saved but really isn’t.

And I lost count of how many recreations of the famed “dinner scene” there were. It was a lot. Considering how many other films (and video games) have aped this sequence, you’d think the home team might move onto bloodier pastures. I guess 3D did somewhat, as that carnival sequence was the closest thing to a set piece the series has ever had, apart from perhaps the motorcycle chase in The Beginning.


Now I am well aware there are those who might say “well that’s what slasher franchises are by design, making the same movie over and over” and I don't I agree with that. Nightmare, Friday and Halloween had differences from movie to movie, involving progression of characters and story – even if they were rudimentary and often ret-conned. I realize that the bulk of these series’ happened during my formative years so nostalgia plays a large part of my perception of them, but I honestly think each Friday movie has its own distinct flavour.


As you may have noticed, I am one movie short. Yes, it is with a heavy heart (not really, like at all) that we failed to complete the task at hand. After 3D, we called it a night. I’m pretty sure we weren’t missing much. I read the script for Leatherface a few years back and I’m morbidly curious to see if the twist turned out to be as outlandishly absurd onscreen as it was on the page, but I’m in no hurry to find out. 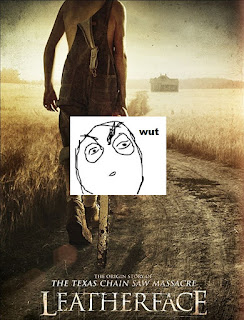 Oh well, seven out of eight ain’t bad. With a belly full of Serena’s homemade chili and the sound of chainsaws still ringing in my ears, I can think of worse ways to spend a Saturday.