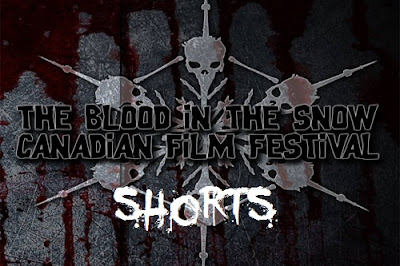 The seventh edition of the Blood in the Snow Canadian Film Festival wrapped up early last week and was, by all accounts, a rousing success. Expanding to six days and adding several more panels and a new spotlight of genre web series, the fest showed that the future here is bright. Though I took in a few features (the highlight of which being Danishka Esterhazy's Level 16), I will be concentrating on the short films screened at the fest.

It was a strong year that ran the gamut, whether it was the adorable middle-school produced Frostbite from the North West Territories, or the all-too-real tragic scenario of Daumoun Khakpour's Standby, there was something for every horrorphile throughout the weekend. 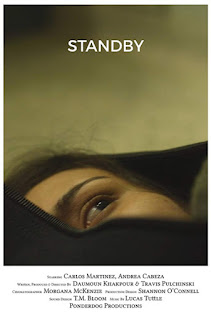 Nelson Dunk's The Devil You Know was a piece I had seen a few times while screening shorts for festivals this year and I am glad it found a place here. It's an interesting concept that flourishes on the strength of its two leads Courtney Hecktus & Aubree Erickson. 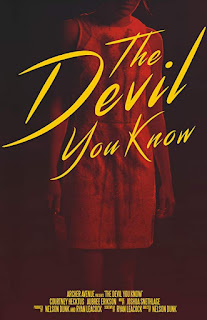 Ariel Hansen's Nepenthes upped the ante on the killer house tale, offering up something extra gooey.

It is often hard for festivals to find slots for long form shorts, but fortunately BITS found one for Nicole Goode's Supine. This beautifully shot piece about a lonely taxidermist kept me engaged throughout, largely due to the sullen, yet striking performance from Eva Larvoire. 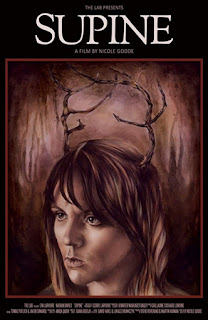 David J. Fernandes' Binge offered up an intriguing mystery that would've been at home in an episode of Vincenzo Natali's series DarkNet.

Robert DeLeskie's short film Lay Them Straight was terrific and well deserving of the Best Short Award at this year's fest. It's extremely sedate and introspective, ultimately building to a chilling, yet wholly satisfying conclusion.

For me personally – and for those who know of my penchant for babysitter creepers this should come as no surprise – my fave of the fest was Jenny Stang's The Whistler. It's not only well acted and looked great, it also took the time to create its own lore. I've come to describe it as this year's Banshee, but far superior in my opinion. 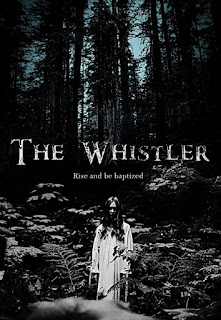 So that's my rundown of the BITS bunch. You may or may not have noticed how many of these aforementioned shorts were directed by women. It is actually a promising trend I have noticed while watching hundreds of shorts in 2018. Numbers are definitely up and that's encouraging. Speaking of which, I'd like to give a shout out to Larissa Thomas & Alicia Faucher for being nominated for Best Web Series in Allie & Lara Make A Horror Movie. Check it out here if you feel so inclined.
Posted by Jay Clarke at 10:00 AM