It's that time of year again where I travel down the 401 to London to take in the greasy sights and sounds of Shock Stock. Despite being up into the wee hours the night before due to a late Endgame screening, I still managed to get to the Ramada at a decent hour to meet up with Schwartz. 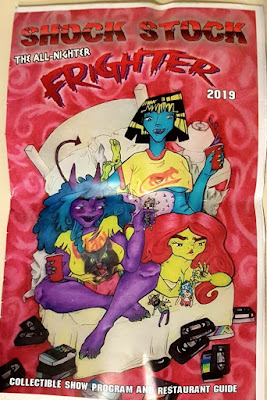 It was great as always to catch up with some old friends and people I seem to just see at these types of events like the Witch Finger Podcast gals and the dudes from Poster-Mortem and the CCHCC. It did not take me too long to burn through my allocated cash, mostly on the items below. 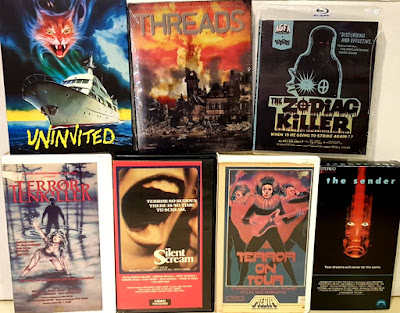 As always Shock Stock brought in some really cool guests, which included the likes of Tim Cappello - who performed live on Saturday night - and Kelli Maroney (Chopping Mall, Night of the Comet).

The biggest draw was the Shock Stock Drive-In hosted by the legend himself, Joe Bob Briggs in his first event in Canada. This was a treat as we watched him intro the 1974 film The Mutations (on 16mm!) starring Donald Pleasance and Tom Baker.

It was super fun and he did a lengthy Q&A afterwards where he talked about the history of freaks in film, Pioneertown and his new gig at Shudder. When asked what his favourite Canadian horror film was, he answered “Hello Mary Lou, Prom Night II.”


As for the rest, well... I'll adopt the old adage and say what happens at Shock Stock, stays at Shock Stock. The community is already abuzz with what will happen next year for the almighty tenth edition. 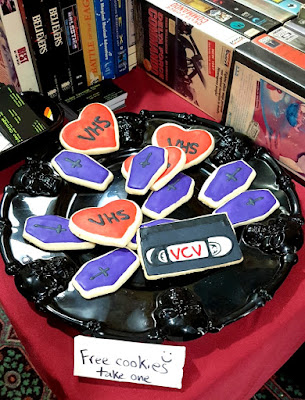