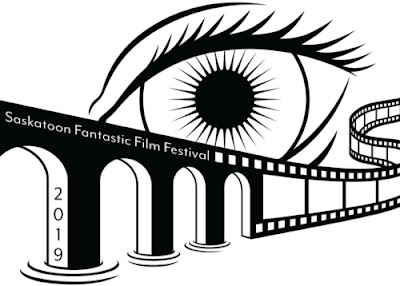 I have returned from my trip to the Saskatoon Fantastic Film Festival and it was an absolute blast. Toontown is a wonderful place that was surprisingly sunny and had way more stuff to do than I was expecting. The downtown area had so many bars and eateries, it was almost overwhelming. Imagine your town. Now imagine that every convenience store near you is now instead a bar. That is my experience with Saskatoon. 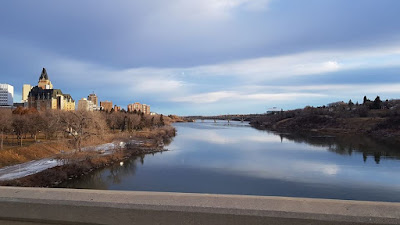 The festival itself was super fun and by all accounts, attendance was up this year. My shorts programme went over well, as did most of the other shorts that played in front of the features.

I was happy to catch Jocelyn DeBoer's Greener Grass and the horror anthology Scare Package with an audience and they both killed. 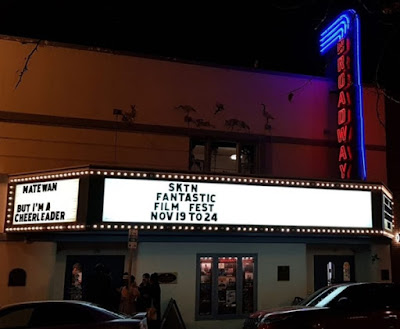 There were no shortage of special events, as my friend Serena's Drunken Cinema screening and the Saturday Morning Cartoon Party both went over like gangbusters. 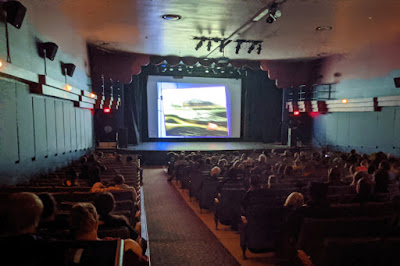 However, the biggest event of the fest was the Joe Dante triple bill with himself and actress Belinda Balaski in attendance.

It was a terrific experience and many thanks to the crew in Saskatoon for having me out.
Posted by Jay Clarke at 10:00 AM

You got to go to S'Toon? You're right it's a nice place to visit, a decent amount of things to do. Back when I lived in SK I got to stay there for a couple of trips for some job training. I was a bit closer to Regina though, so when I wanted to go to a "big city" it was more the latter.