Good afternoon everyone. Here's what I've got for you this week.


News of a really cool project came over the wire yesterday. XYZ Films are partnering up with Dark Sky Films to bring us the first all-female directed horror anthology entitled XX. 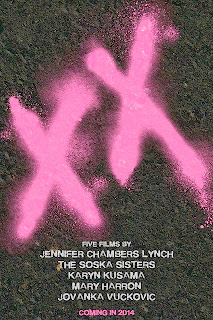 
“One of the givens of so many horror films has been the objectification of young women, and we thought it was time for a different approach to scaring audiences and letting the female voice be heard.”


I now have my most anticipated genre title of 2014.


I recently became aware of a Japanese horror website called Horror Shox when they interviewed my filmmaker friend Darryl Shaw. Click the image below to see the translated interview, which even has a shout out to yours truly! 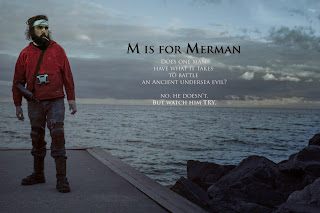 Taking a look around the site and seeing review links for titles like Necrophile Passion and The Rope Maiden shows they certainly don't shy away from horror's more niche sub genres. I noticed most of the posts have English translations, so check out Horror Shox by going here.


This news is a little old, but I wanted to throw it up here anyway. Over two years ago, a trailer for Deep Silver's zombie actioner Dead Island hit the Web. You all remember it. It was amazing and to date has over twelve million views. Well, that team is back with a live action re-enactment that is just as stunning. Here it is below.