My trip to Indiana for the final edition of the Diabolique International Film Festival was a success. My short film went over well and the audience seem to respond to it. I had the most rewarding Q&A experience so far here, as not only were the questions great, but I was able to provide answers to them without umming and awwing.

At first I was bummed my short was playing on the Sunday instead of the Saturday, but it worked out as I meant I had an extra day to pal around Bloomington. I not only got to revisit Plan 9 Video, but I also looked in on another indie video store, but more on that at a later date. 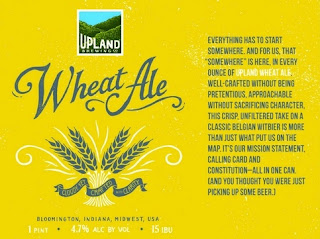 Anyhoo, DIFF's best quality is its abundant short programmes, of which I sampled all. To check out the full programme, click here, but here below were my faves.


Night Of The Slasher - There are no shortage of throwback slashers (short form or otherwise), but this one by Shant Hamassian was really entertaining. There were a few clever things that made me laugh out loud, including the fact the killer wore a Leonard Nimoy mask. It's such a subtle joke, but I love it. I also didn't realize, until someone pointed it out, that the short is one continuous take, so there's a huge technical component to this piece, as well.


Boniato - I liked this short film a lot. At twenty-three minutes, it is a bit cumbersome, but damn if it doesn't build a world. This effort from Andres Meza-Valdes, Diego Meza-Valde & Eric Mainade exudes confidence and has production design on par with horror features that possess much higher budgets. I also thought the lead Carmela Zumbado reminded me of Manuela Velasco of the [REC] series.


The absurd was out in full force this year, as not only did DIFF screen Jason Kupfer's festival favourite Invaders, but also the ridiculous Crow's Hand and the fun grindhouse trailer Krabz.


Heels - Imagine if Frank Zito had had a foot fetish. Filtered through a Nick Refn aesthetic, director Jeremy Jantz brings forth this somewhat disturbing, probably inappropriate tale of murder and footwear.


666 sq ft - This to me is the perfect representation of the horror short form. It has a setup, buildup and satisfying payoff all in under five minutes. Big props to Raymond Zablocki & company for succeeding where so many have failed. 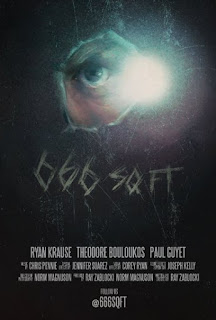 Black Eyes - From the people that brought us Science Team comes this coming-of-age story about make believe. I love how this short subverts the taboo of suicide - believe me, I've seen a lot of shorts about suicide this year and none have handled it better than this. The performances of the young actors Hays Wellford & Elena Lazorishak are incredibly natural and pulled me in pretty right away. 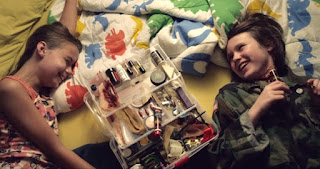 My favourite short last weekend was likely the Danish effort The Sun Has Died.


After the success of Ilya Naishuller's Bad Motherfucker (which led to his feature Hardcore selling for $10M at this year's TIFF) you can be sure we will now likely be deluged with POV narratives, such as the one above. However, I found this extremely effective in what it set out to do. Daniel Bødker Sørensen puts us in the first person perspective of the victim and it is as unsettling as it sounds. If this is where Horror VR gaming is heading, then we are definitely going to be doing more laundry in the future.


So that was the fest in a nutshell. I'm sad to see it go, but with the organizers all moving onto other projects, it seemed inevitable. Nine years was a good run, more than most genre festivals. To Bloomington's Dark Carnival, I bid thee farewell.
Posted by Jay Clarke at 10:00 AM

Jeremy Jantz here. I can't begin to tell you how great it is to see your comments on Heels. That's the kind of occasional surprise that leads me to Google myself on a regular basis. I'm glad you liked the film, and I genuinely hope I get the chance to see The Monitor in the future!