At Last We Meet.

My main reason for last weekend's trip to Bloomington was the Diabolique Film Festival, but not the only one. As I said yesterday, I skipped out on one of the blocks of short films to check out a local establishment called Plan 9 Film Emporium. 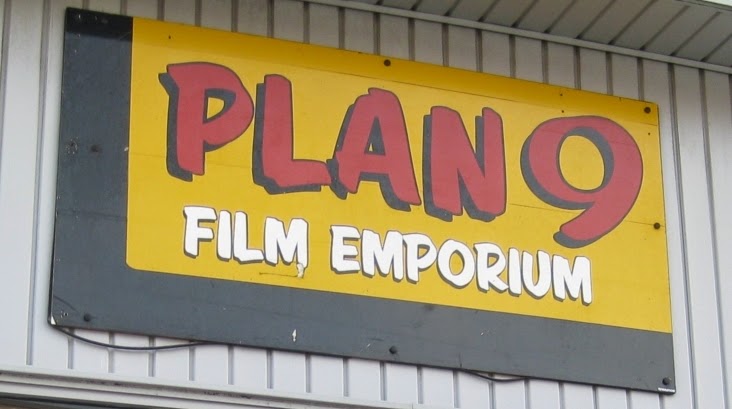 I had been aware of its existence for a few years through a friend who lived in the area - and also happened to be my lovely host that weekend - so I made sure to make the pilgrimage along the main shopping strip to visit it in the flesh. It is not a big store, but, much like Toronto's Suspect Video, is filled to the brim with wonderful oddities. They are like kindred spirits these two, with their films divvied out into colourful categories. 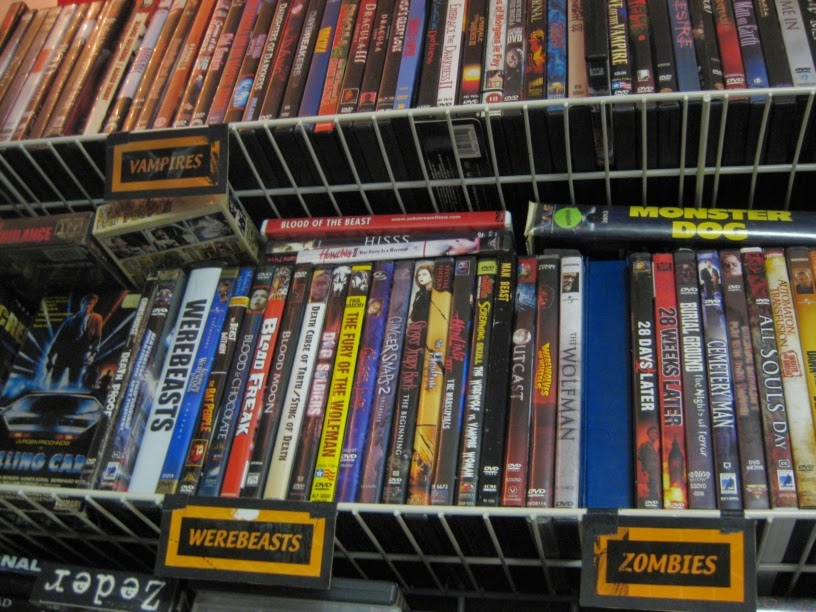 Plan 9 even had a sizable amount of VHS for rent, sporting classics from vintage companies, such as Wizard and Midnight Video. 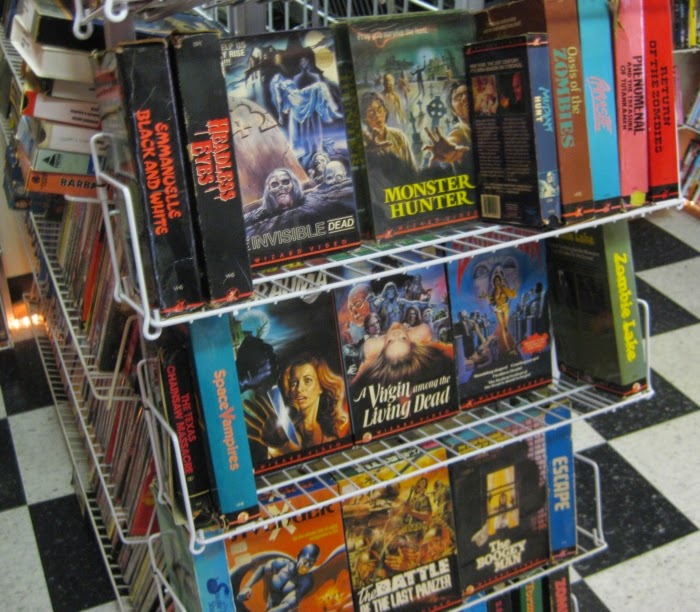 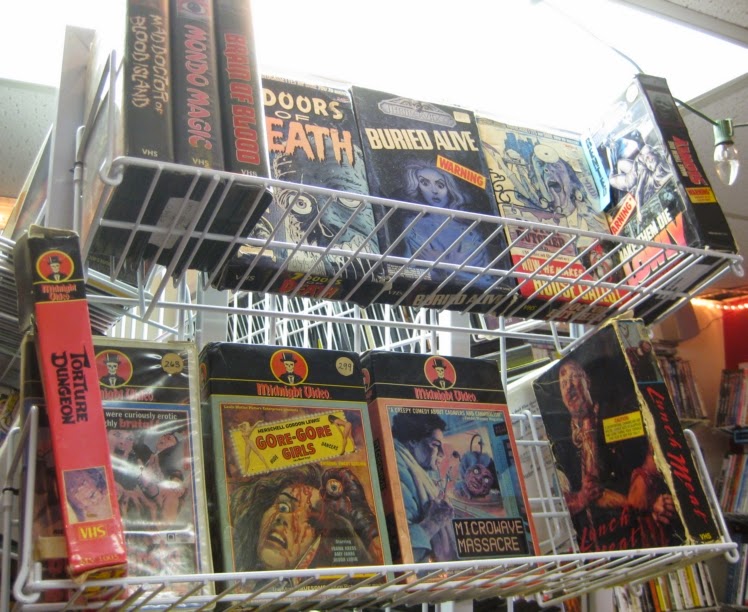 Walking past that rack was like spiralling back in time thirty years. Okay by me. In addition to a Plan 9 T-shirt, which I intend to wear the shit out of, I also picked up a few zines while I was there. With a provocative name like National Sleazographic, how could I not? 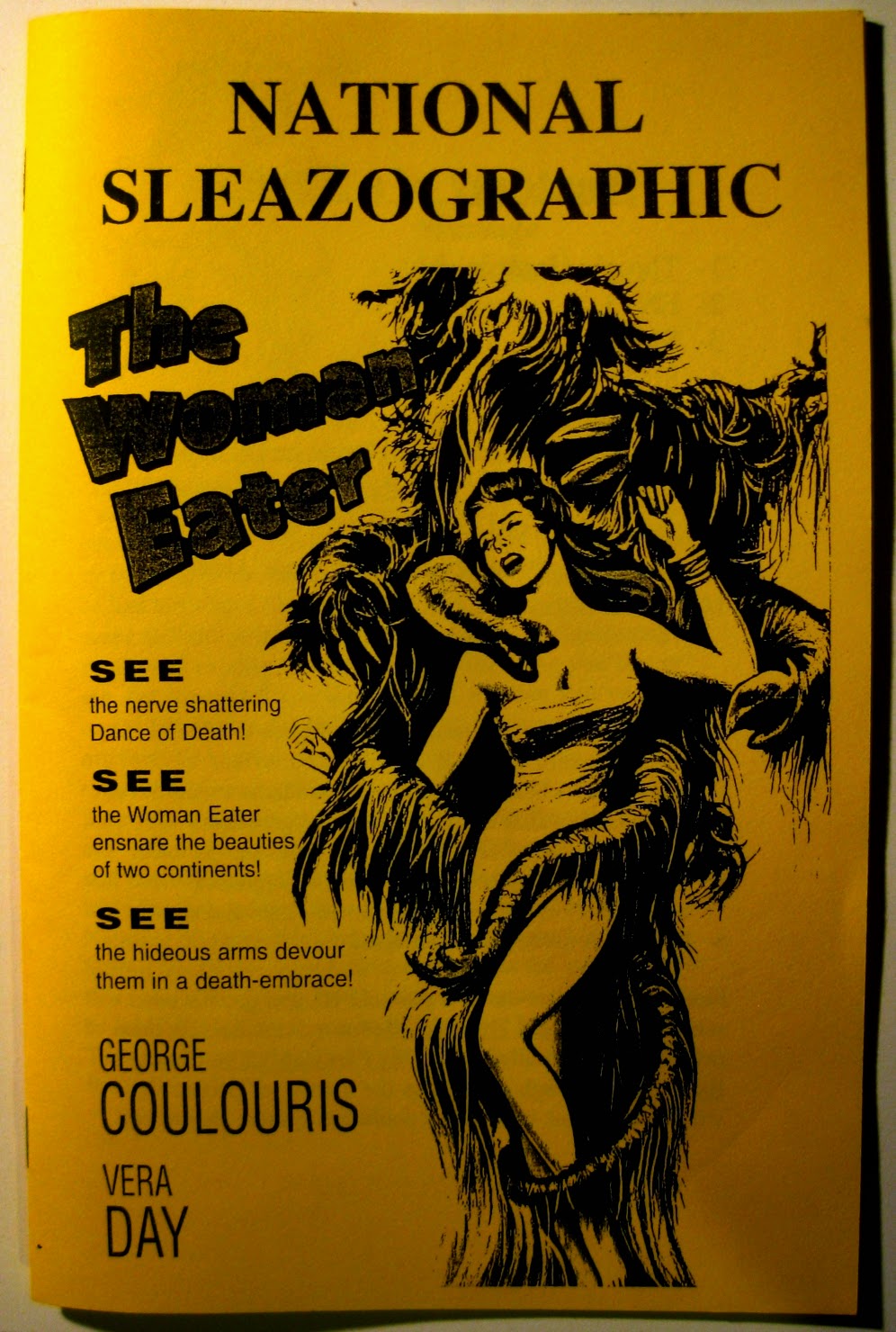 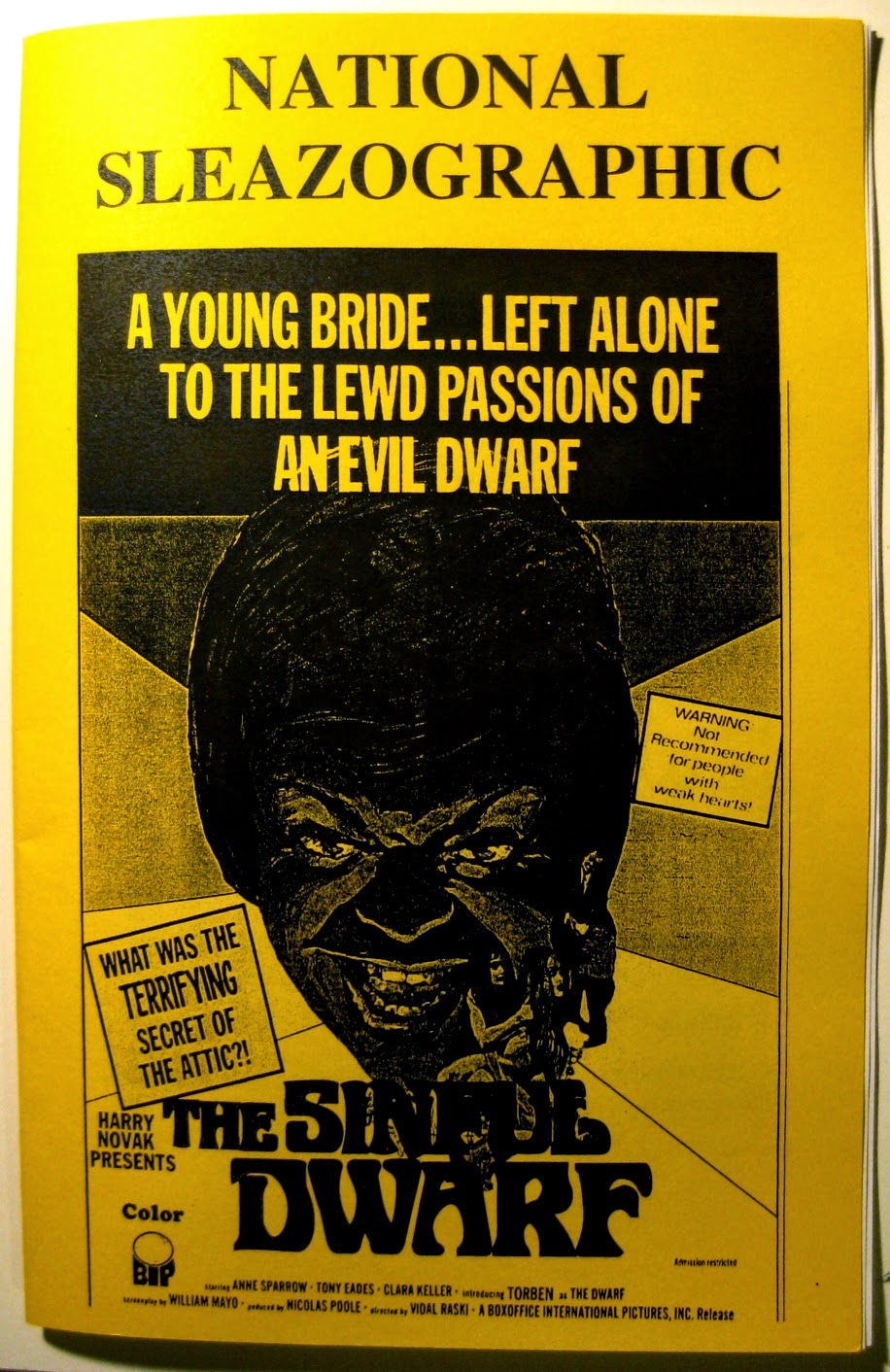 I am not only glad that Plan 9 exists, but also that it has a community that supports it. I wish every burg still had at least one of these kicking around. It doesn't take much to keep the lights on, just a core base of customers that revel in the social experience and are willing to put forth a little more effort beyond what is recommended by Netflix.

I'm not knocking Big Red, I'm just saying there is no reason why both movie delivery methods can't co-exist. Anyway, public service announcement over. It was really awesome to finally get to walk around the racks of Plan 9 and see it is still going strong. 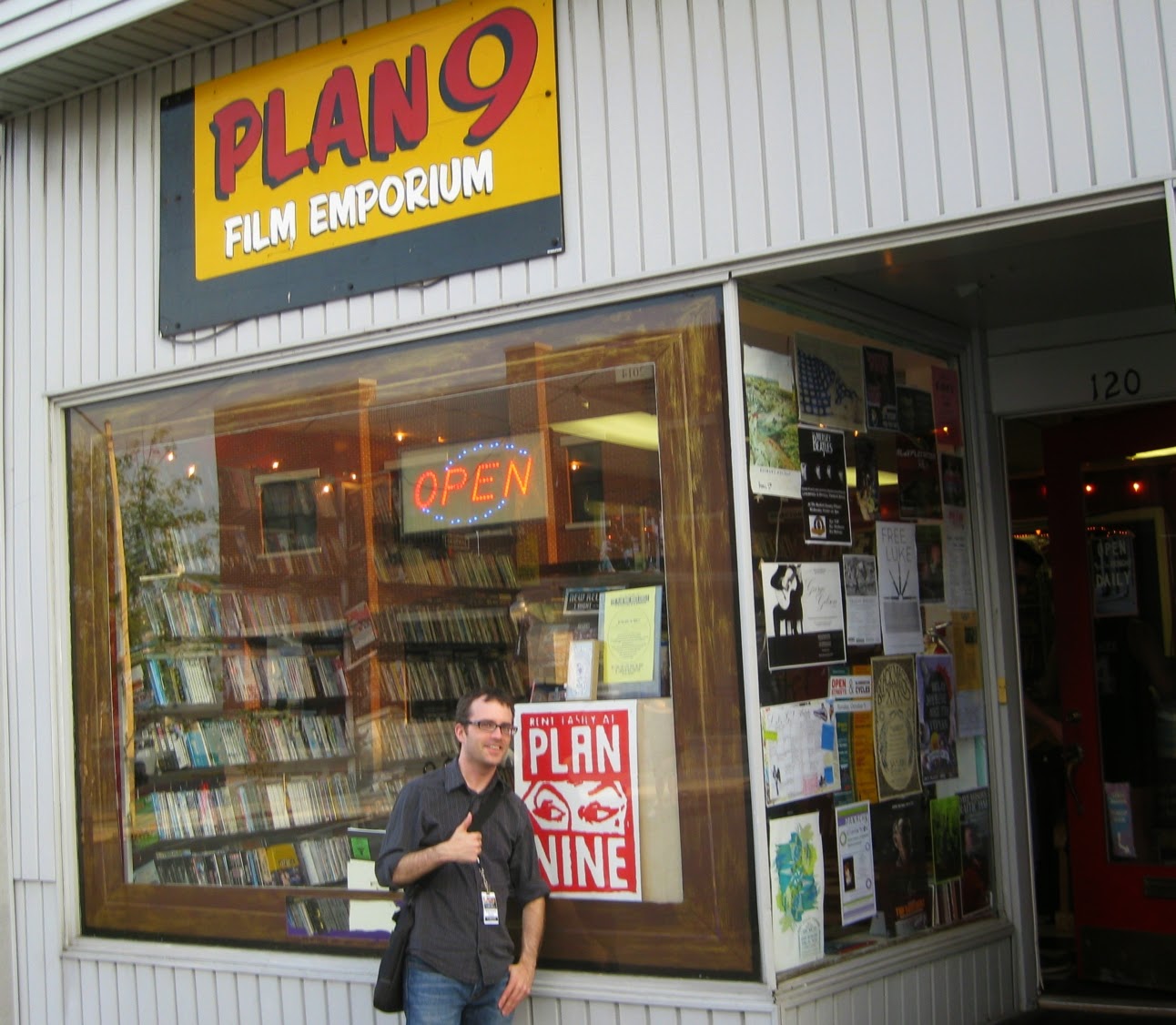