I once again entered the madness of Toronto's yearly Fan Expo this weekend. It began on Thursday evening, which is when I like to zip in, grab my pass and quickly check out the floor before things get crazy. It didn't take long to notice the changes from last year.

First, the experimental inclusion of Sports to the Expo must have been a sizable failure last year, as it was completely absent from this one. It seems like that would have been obvious - one just has to look no further than any high school in the world to see those two groups don't mix - but it wouldn't be the first time the organizers have made a bone-headed decision.

Another thing was that the Festival of Fear, the horror arm of the Expo was set up in the North building away from its usual digs in the South. This was likely good for them, in terms of exposure, as they were now close to the most heavily trafficked area of autograph row, but for those actually looking for it, not so much. As with last year, the commuting time between buildings was problematic, so it makes it difficult to limit the back & forth when the things you're interested in are spread out evenly across both.

I also noticed how much the popularity of certain things has increased. Gaming has obviously been a good chunk of the Expo since its inclusion in 2005, but this year was the biggest leap I've seen in several years. In addition to the large areas for Intel, Playstation and the like, there were also massive stages in the middle of both buildings for on-going seminars & game sessions for League of Legends and Starcraft 2. Doctor Who has been gaining popularity since its reboot about a decade ago, but it has now reached a fever pitch and was definitely the most represented icon of pop culture this weekend. I witnessed everything from remote controlled Daleks & K-9's to five-year-olds dressed as The Doctor. 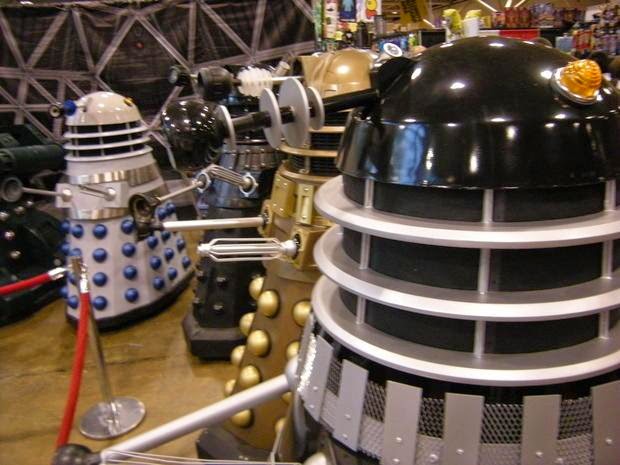 Perhaps one of the more welcome changes was how much more substantial in volume Artist Alley seemed to be this year. I don't know if it was just more well laid out, but it felt like there were more artists at the show. I got to meet & talk with some great artists, including Paul Ainsworth, Matt Ryan, Andrew Barr and Sabrina Parolin. Please check out their links because they are all ace.

Gary Pullin, my favourite local artist, was doing an artist workshop on Thursday, so I made sure to stick around for that. He talked about starting out at a commercial design firm, and then working his way into the art director job at Rue Morgue magazine. His presentation included a slide show of his work as well as some examples of what he thinks makes a good design and what doesn't. 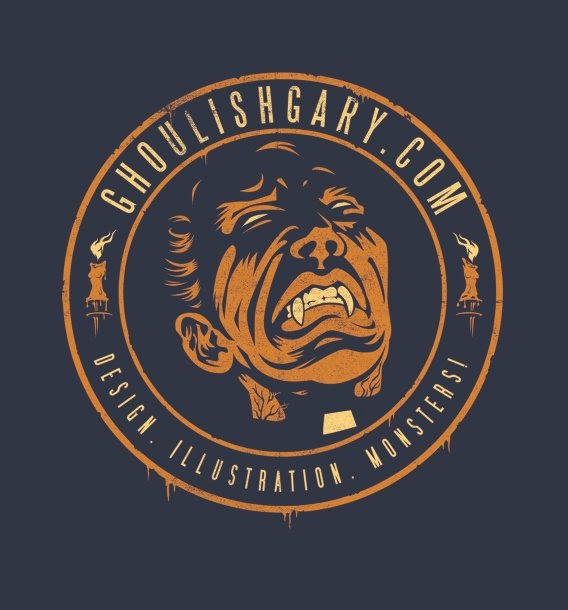 Gary blew all our minds when he showed us the hidden profile of Alfred Hitchcock embedded in his fantastic Psycho print from a few years ago. It seems fitting he would do that, as Gary was the one who told me about the hidden face in the Halloween poster - an occurrence the original artist insists was unintentional - a few years back.

The most interesting part of his talk was about his process. He was recently commissioned by a studio for an upcoming, high-profile horror release and presented a series of images which represented the back-and-forth between him and them. It was fascinating to see the concept evolve across the dozen or so images he showed.

Speaking of posters, I, not surprisingly, picked up a few myself. Within a few minutes of hitting the floor, I met up with Schwartz at the Hollywood Canteen booth, and then it was pretty much open season. Mike had a milk crate filled with vintage horror posters for like, ten bucks each. It was very difficult to walk away with just five. 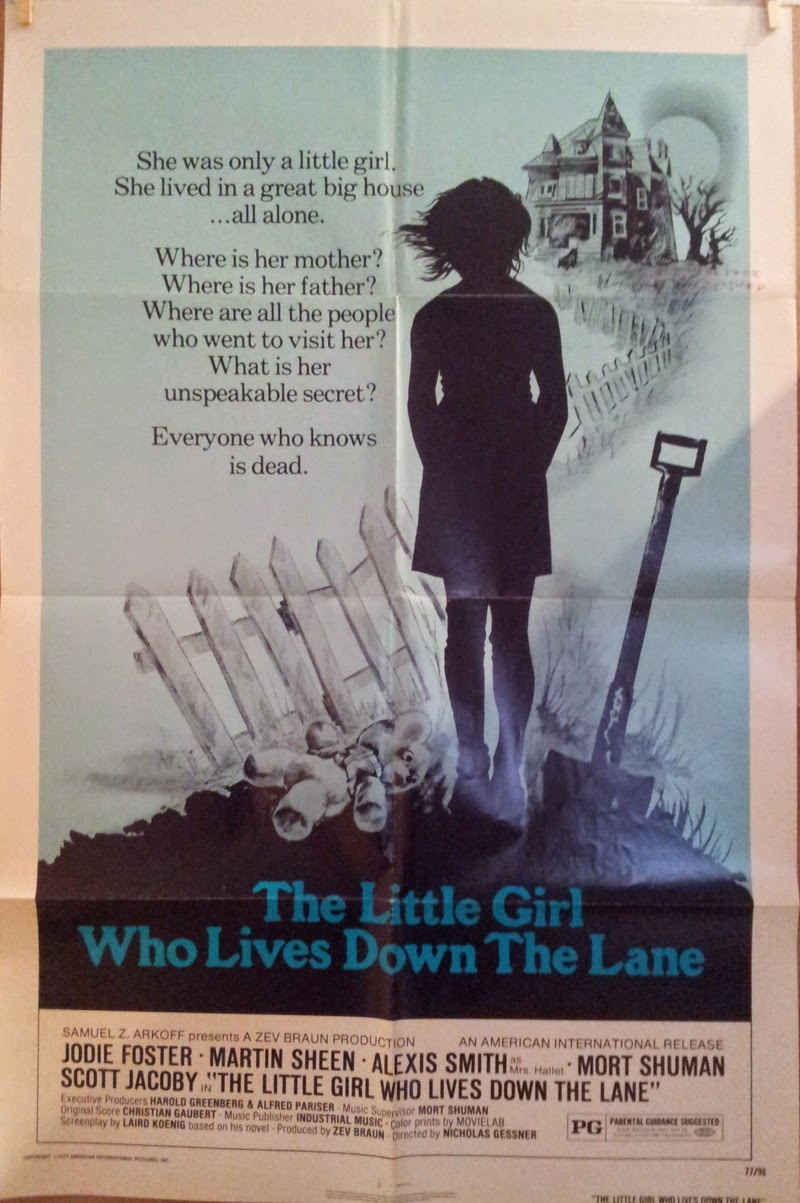 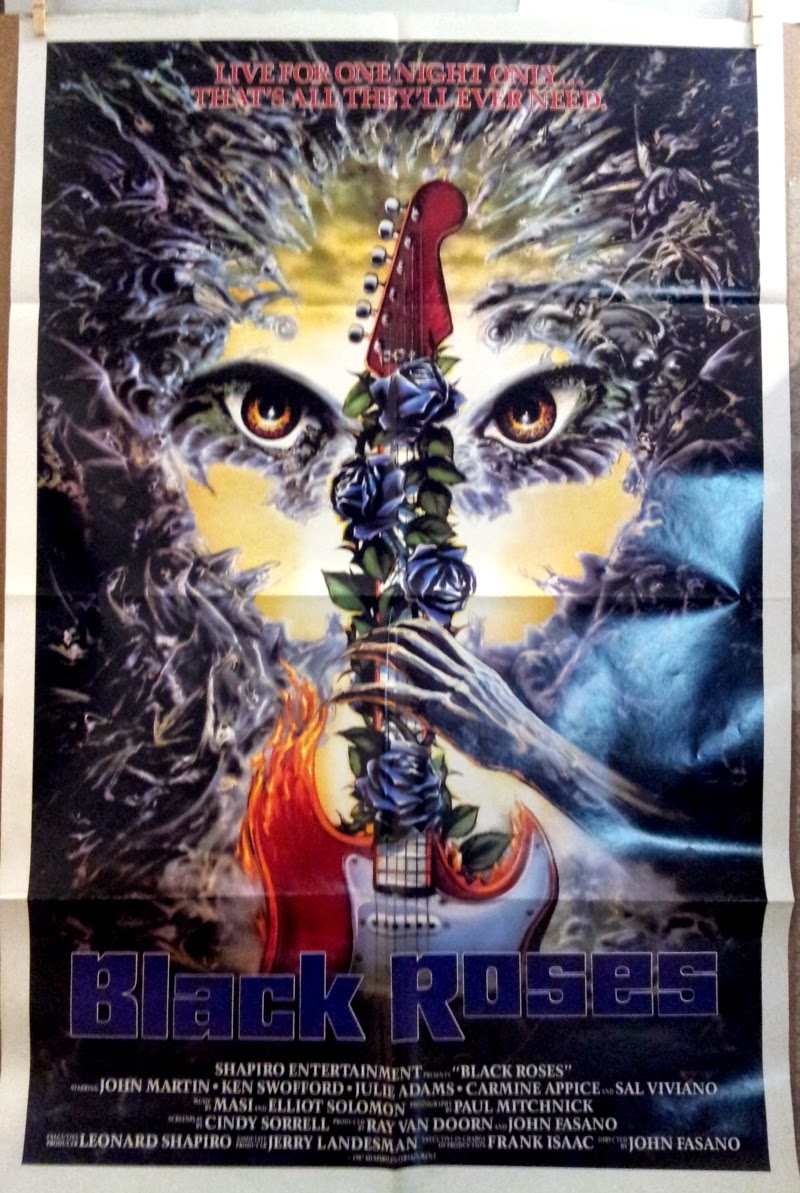 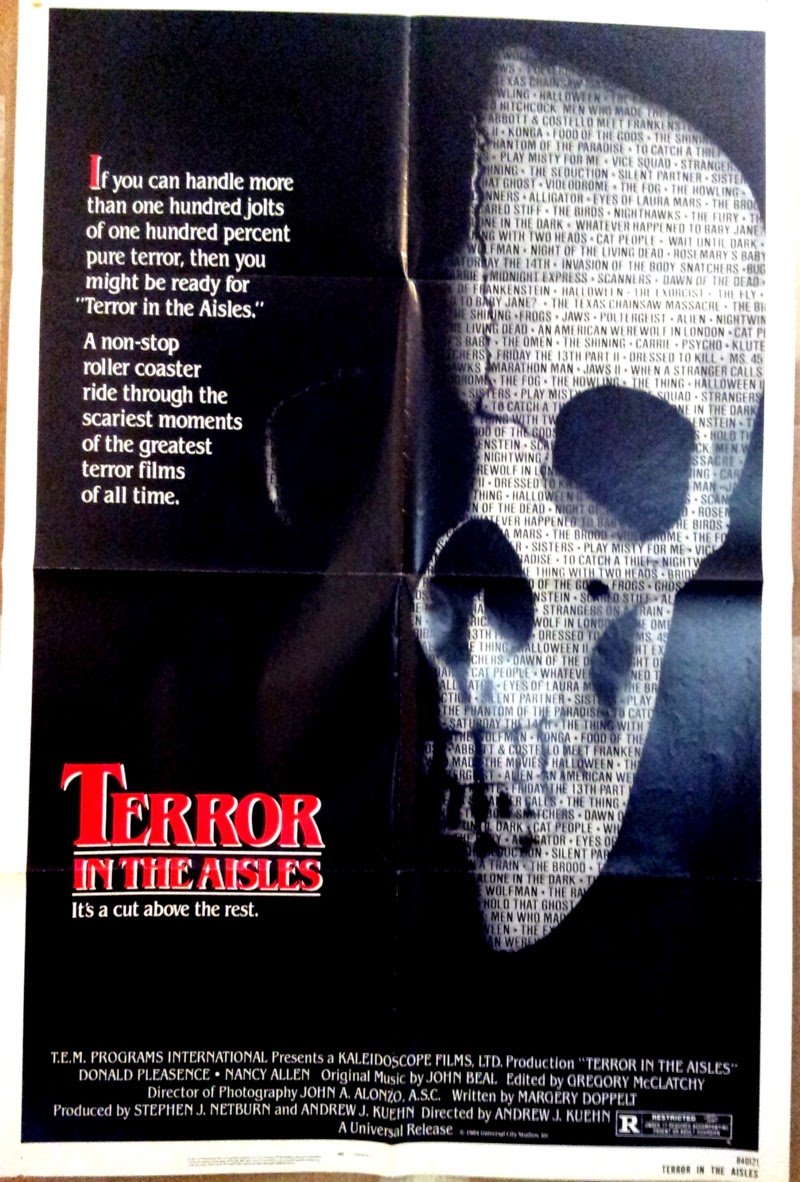 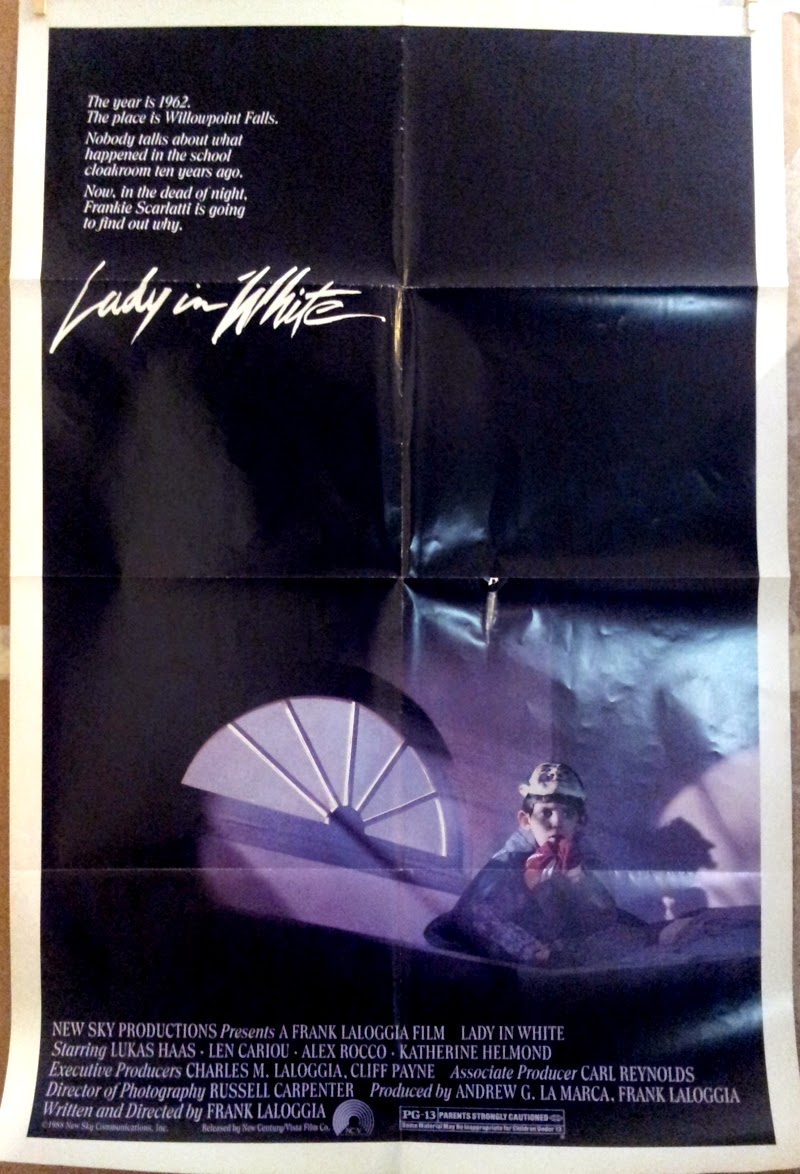 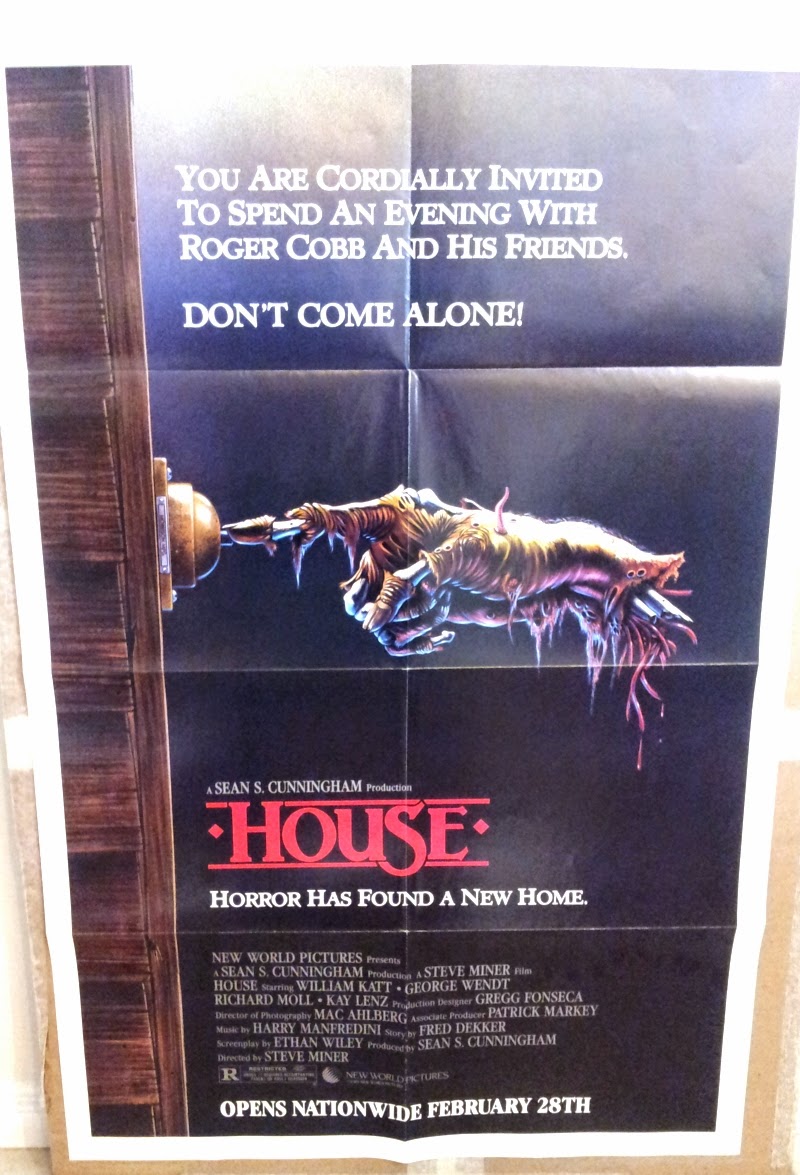 Check back tomorrow when I delve into the many panels I attended this year. It was a banner year for these things and felt like the majority of what I did this weekend.
Posted by Jay Clarke at 10:00 AM