Hopefully you've enjoyed my coverage of last weekend's Expo over the last few days. I just wanted to wrap things up here with some sights from the show. I didn't take nearly as many photos as I would've liked, as I wasn't on the floor as much this year, but even when I was there often wasn't enough room for me to even raise my arm, let alone get a clear shot of what I was aiming at.

Anyway, here's what I got;

The next bunch are from Paul Jones' booth featuring many cool creature creations. 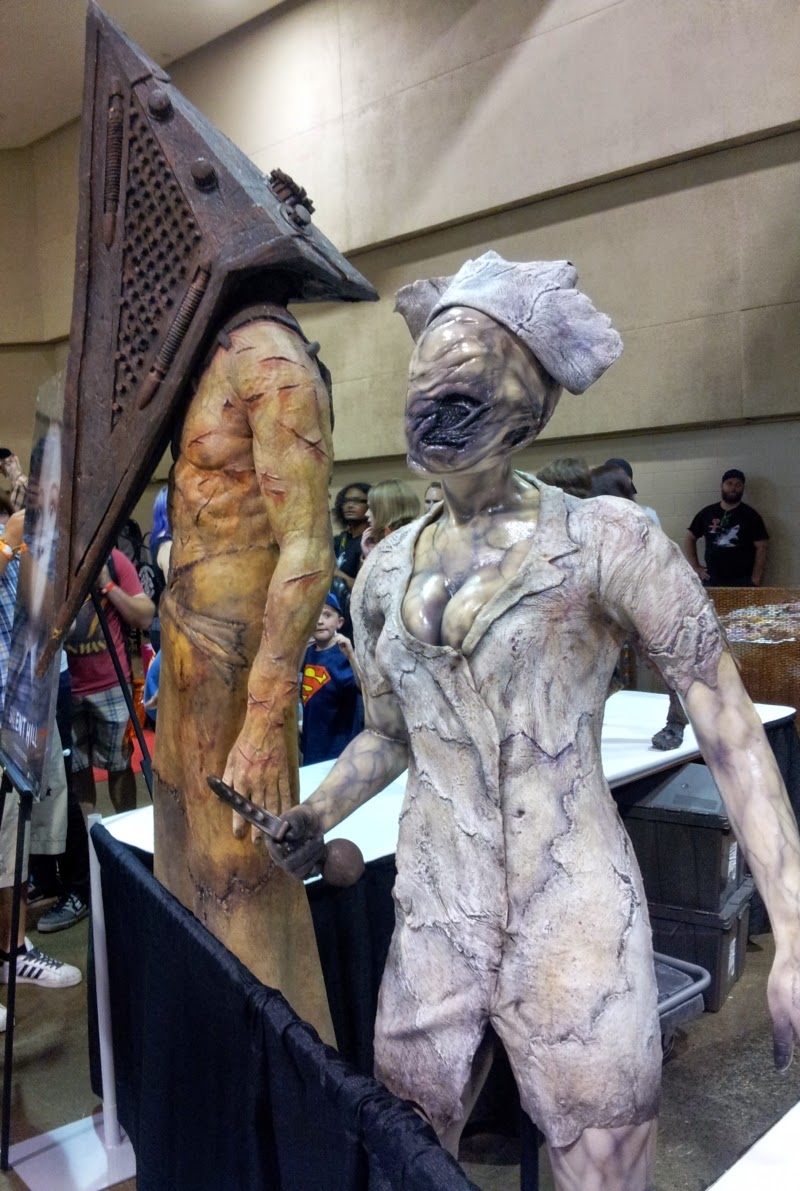 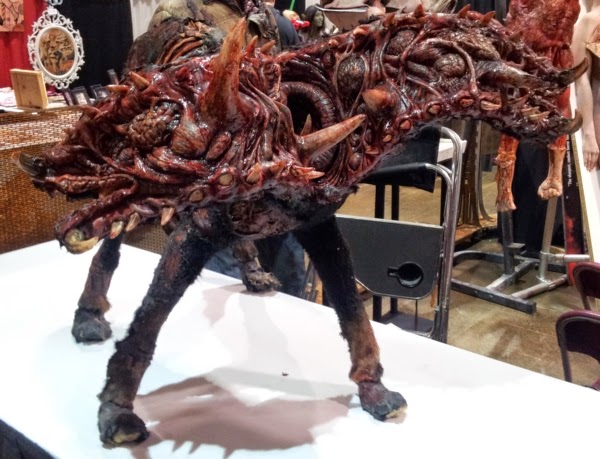 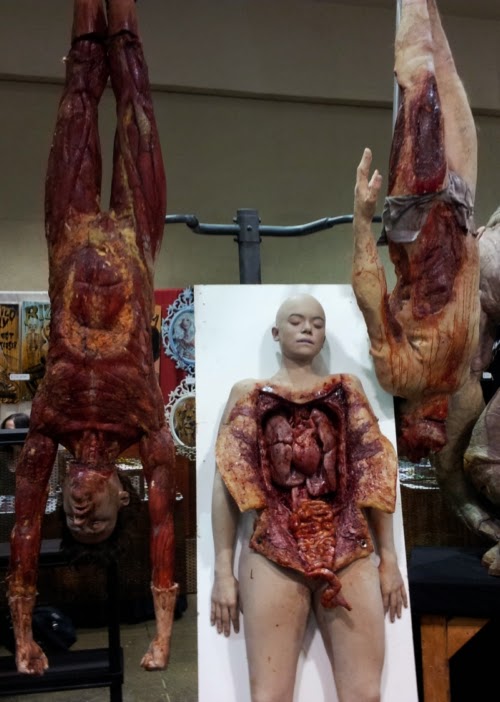 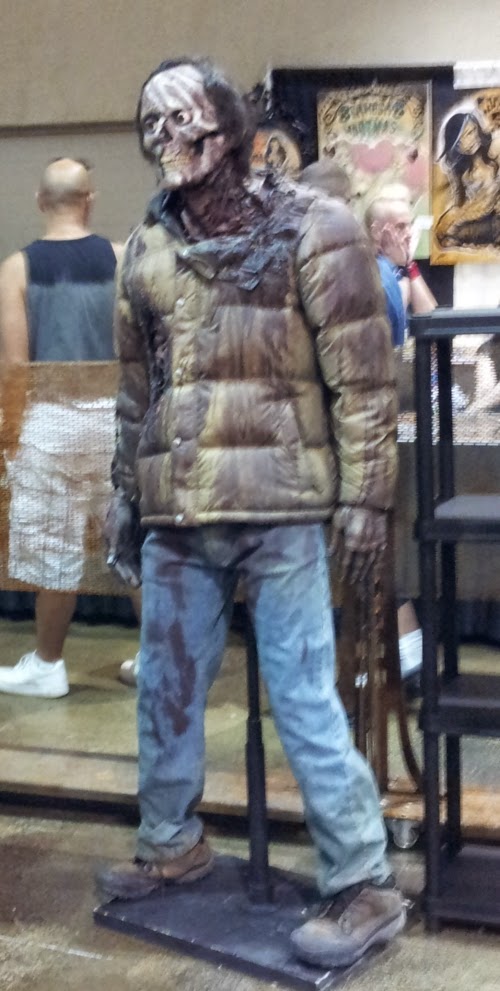 Schwartz picked me up these bad boys for my name day; 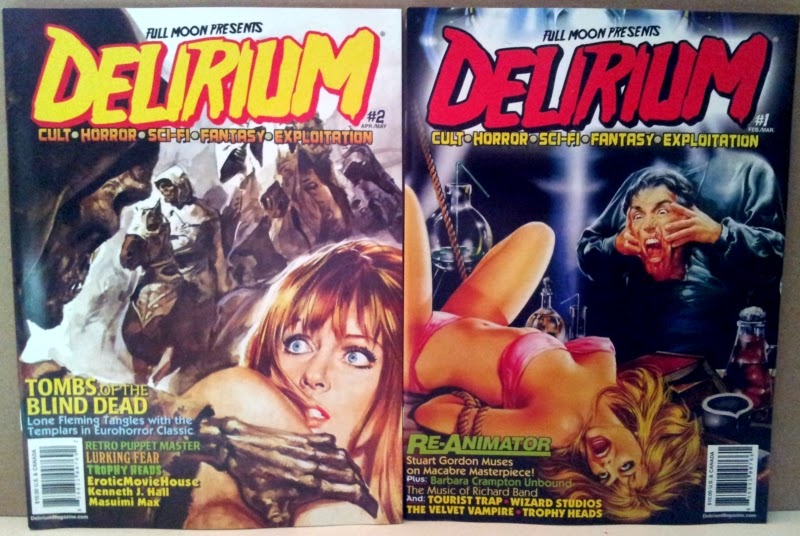 And the best costume of the weekend goes to; 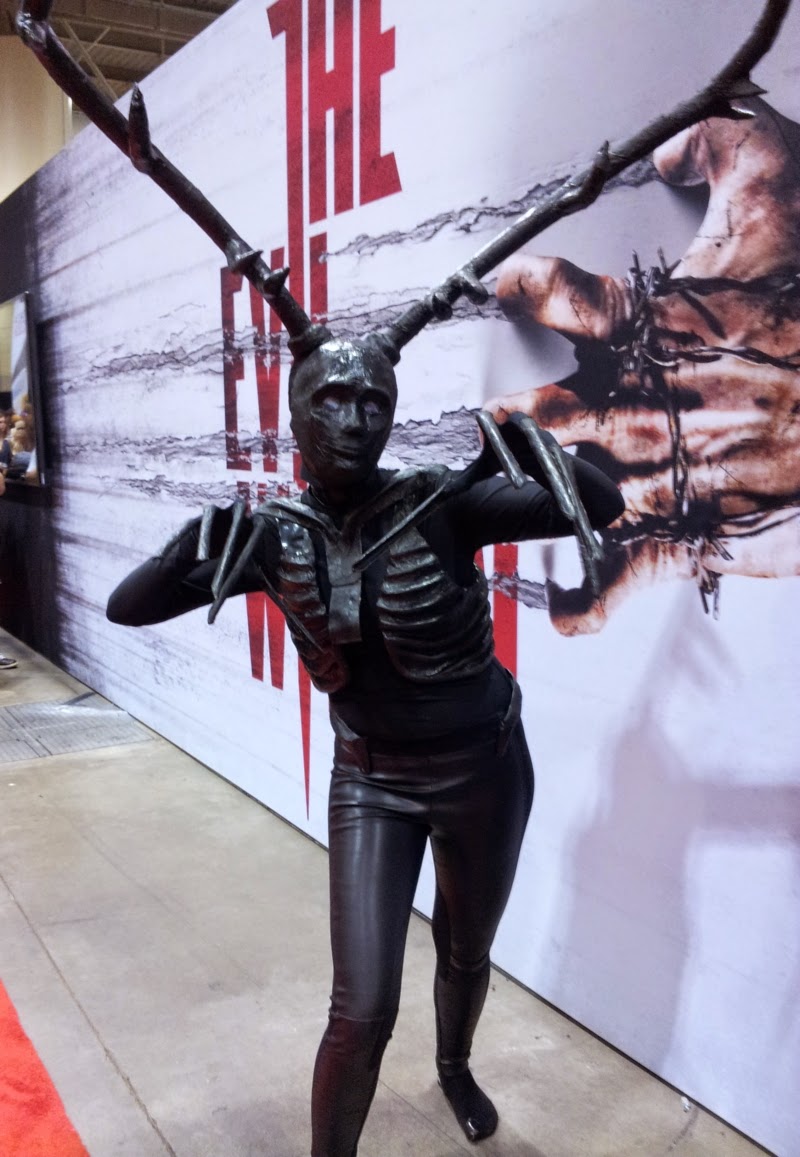 There was a cool Annabelle booth at the show that was constantly scaring the shit out of people. I didn't snap a pic, but fortunately this promo got released yesterday.