If You Go Out In The Woods Today...

One of the wild cards in this year's Midnight programme was Belgian director Jonas Govaerts' debut Cub. 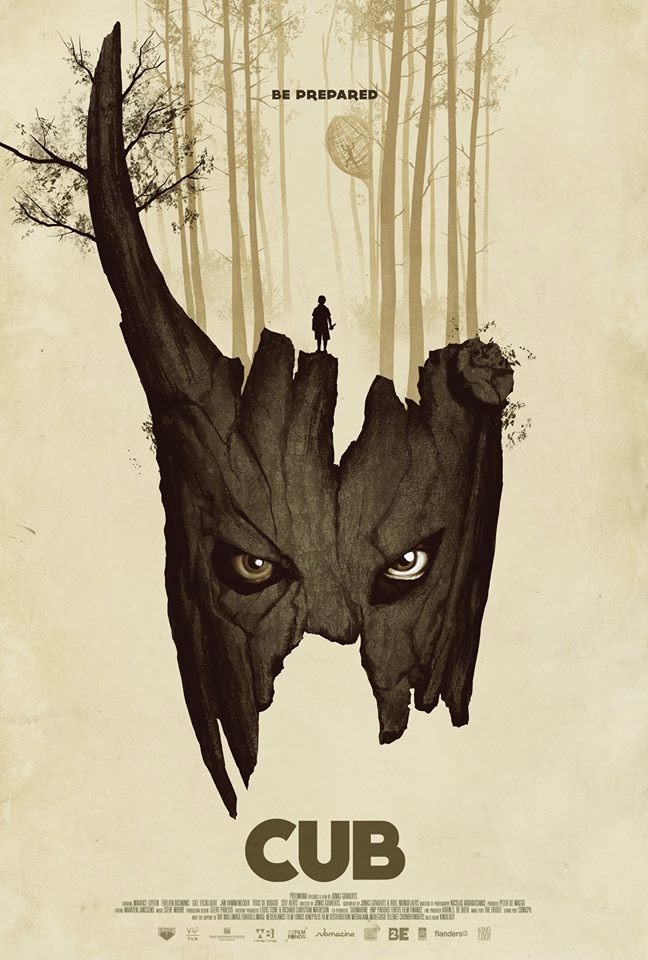 On a weekend getaway with Cub Scout troop, Sam (Maurice Luijten) encounters a feral boy in the woods. But is he a friend or foe?

Cub is a fairly accomplished debut with a flawless aesthetic. Govaerts gets the most out of his forested locale, packing a grittiness that recalls the works of his Euro-horror brethren Alex Aja and Fabrice Du Welz, so much that the film even opens with a sequence mirroring the former's 2003 flick High Tension.

I liked that the film started off as a quirky, coming-of-age kids tale that grew darker as the film progressed. Even as our fair adventurers succumbed to all manner of inventive booby traps set in the woods, the piece didn't fully let go of its comedic undertone until the very end.

Much like It Follows from earlier this week, Cub featured a fantastic score, this one orchestrated by Steve Moore, one-half of the space rock duo, Zombi. His synth-based tracks gelled with the movie perfectly, adding so much to the proceedings.

The lead, young Maurice Luijten, was very strong, handling a very demanding role with ease. His counterpart, the feral child Kai, was the highlight of the film though. His appearance, accented by a half-mask made of tree bark was so well designed that even if you take nothing else away from the film, you'll always remember that image.

It was a great idea for the organizers to hand out said masks before the screening, and an even better one to have an eleven-year-old creeping around the theater aisles during the proceedings. I completely endorse this William Castle-style element to the programme. Midnight audiences are there to have a good time, so why not embrace it?

I think the only thing I didn't care for was the ending, and even then it was more to do with content rather than execution. I guess I should know by now that European thematic sensibilities are inherently more grim than those across the pond. Although, it did seem like the film was holding back throughout, so perhaps that made the ending more shocking to me as a result.


Cub looked great, had solid performances from its young cast and at under ninety-minutes was decidedly well paced. It's not going to knock anyone's socks off, but it does provide further proof that this corner of the world continues to produce fine genre content.
Posted by Jay Clarke at 10:00 AM