Midnight Madness got a welcome dose of CanCon last Friday with the world premiere of irreverent collective Astron 6's newest effort, The Editor. 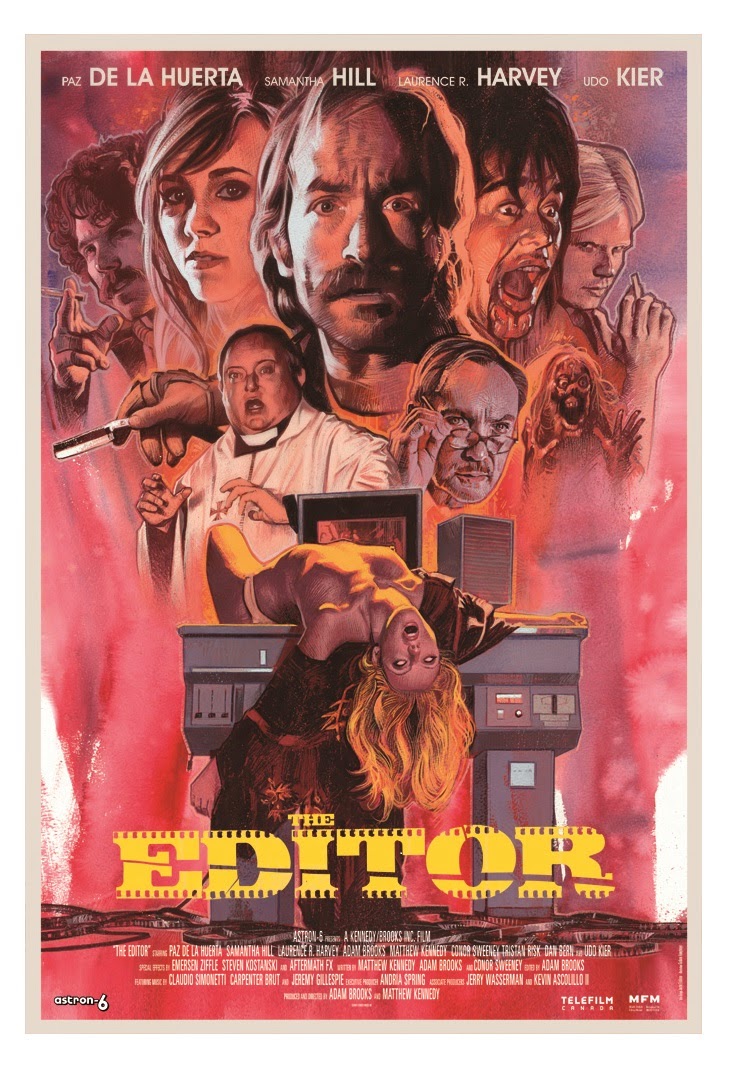 An over-the-hill film editor (Adam Brooks) becomes the prime suspect in a series of brutal murders on the set of the schlocky horror flick he is working on.

Just over two years ago, The Editor was nothing but a poster created for the art installation If They Came From Within. Then, after a successful Indiegogo campaign and a lengthy post-production process, the guys from Astron 6 found themselves onstage at The Ryerson in front of a frenzied crowd.

Astron 6 has always had a retro sensibility, but meshing their style with the gialli worked even better than I expected. They not only nailed the look of the genre, down to the colours and lighting, but also the way these films were often shot, in terms of camera movement, focus and framing. The film was also, in true Italian fashion, shot in MOS to be dubbed later. The Editor even goes so far as to recreate moments from some of the greats. 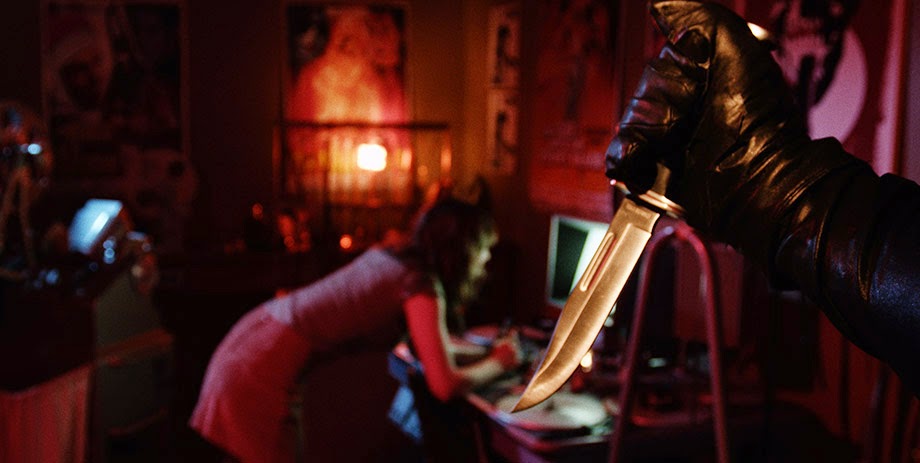 And if Astron 6's commitment to authenticity wasn't already enough, they also enlisted Goblin member Claudio Simonetti to contribute to the score. His masterful touch, in addition to the usual flourishes from Brain Wiacek & Jeremy Gillespie, brings a soundscape that transcends mere fabrication.

This is, however, where the similarities to the gialli end, as the material is never played for anything but laughs. It obviously worked because I can't remember one scene where I didn't get a least one chuckle, whether it be from a visual or audio cue, or a line of dialogue. It's also splattered with Astron in-jokes which always remind you that these guys were having as much fun making this, as we were watching it. It was truly absurd and never let up, whether it be characters noticing the cigarette burns at the corner of the frame or random naked ladies stretching or playing patty-cake in the background.

And speaking of ladies, The Editor has no shortage of lovely talent in this. Sheila Campbell is great as Margarit – in an inspired reference to Cinzia Monreale of Lucio Fulci's classic The Beyond – and you can be sure no one is happier than me that Tristan Risk made an appearance. Paz de la Huerta is... well, I think Astron member & star Adam Brooks put it best during the Q&A when he said; “Paz is Paz.” My favourite though, had to be Samantha Hill as the editor's assistant. She absolutely lit up the screen during her scenes.


At over one-hundred minutes, The Editor should feel long, but I can't recall anything that didn't deserve to be in its running time. It's a true love letter to the genre drenched in the goofy and illogical shenanigrams that we've come to know and love from Astron 6.
Posted by Jay Clarke at 10:00 AM