As I mentioned yesterday, there was an extraordinary amount of panels this year. Fortunately, there wasn't a huge amount of overlap - as is the case most years - so I got to sit in on most of them.


The genre examination documentary Why Horror? conducted a panel to go along with the recent unveiling of their snazzy new poster. 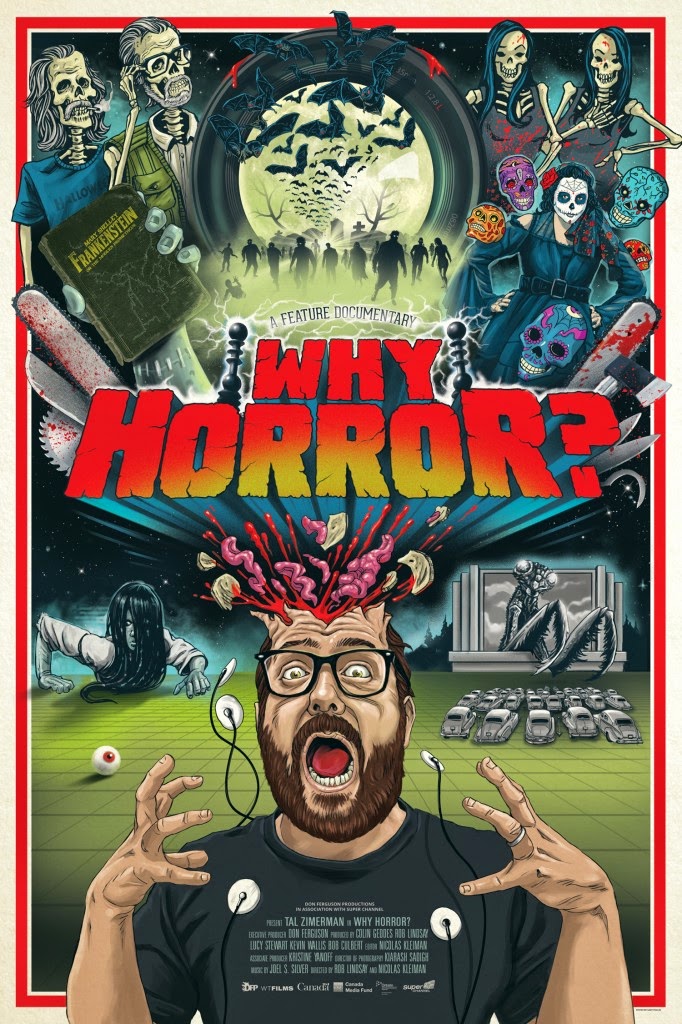 The film, as seen through the eyes of life-long horror fan Tal Zimerman, is an exploration as to why so many feel drawn to the darkest corners of cinema. Directed by Nicolas Kleiman & Rob Lindsay, the project is now finished and will soon screen in Mexico, Spain and here in Toronto. The panel consisted of Zimerman, Kleiman, as well as two of the doc's interviewees, Andrea Subissati and Dave Alexander.


They touched on various talking points of the film, including the history of horror storytelling through the ages, how various cultures have different things that scare them and how and why some people find watching horror films a cathartic experience.

Zimerman & company showed sections of the film - which spans the globe, including stops in Mexico, London and Tokyo - my favourite of which is when Tal volunteers his mother to undergo an experiment with him. They visit U of T and get hooked up to heart monitors to see how they both react - his mother swore off horror after being terrified by Dario Argento's 1971 film Four Flies of Grey Velvet - to horror stimuli. It's pretty hilarious, but the results were surprising. I guess you'll have to see the doc to find out what they discovered.


I also found it interesting to learn that, in the interest of symmetry, when they sought to interview an anti-horror advocate, they couldn't find one. They, in fact, had to go back to the nineties to find said sound bites. I guess that means that the people with the torches & pitchforks really have moved onto pinning the world's problems on violent video games. Yay?


Speaking of horror, Toronto After Dark announced the first ten titles of this year's festival line-up. 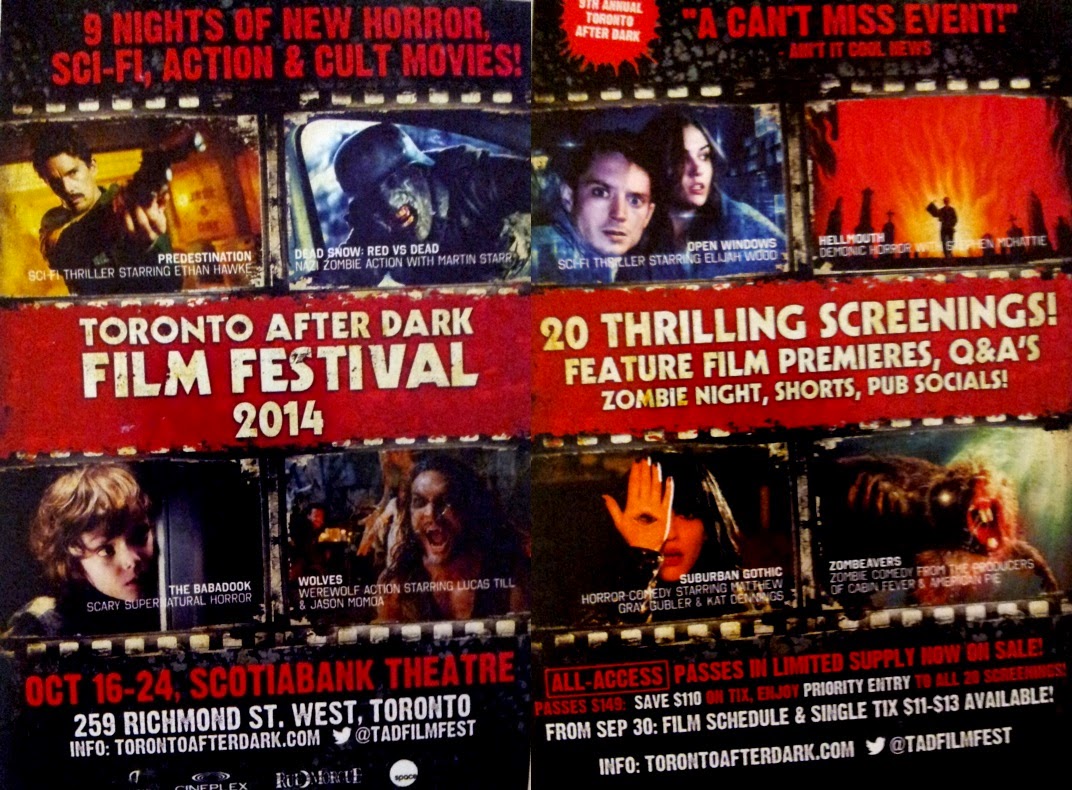 There are some really exciting titles on the schedule, including The Babadook, Open Windows and Dead Snow 2. The festival runs October 16-24th and you can check out more details, by clicking here.


Lisa & Louise Burns, the ladies who played the unforgettable Grady Twins in The Shining, were there. They were absolutely lovely, and still almost as tiny! 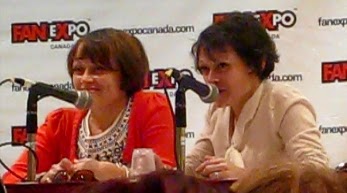 They talked about the fans' reaction to seeing them in person;


“They are either really frightened of us, or so happy to see us. People say really nice things to us though. It is almost overwhelming. There's people making these things on that site Etsy and all these lovely people who dress up as us and send us photos.”


Naturally, someone asked about what it was like to work with the great Stanley Kubrick;


“We found him to be very friendly and cuddly, almost like an uncle. A genuine man. He knew exactly where he wanted to go, but he would encourage rather than tell. He wasn't a telling person. He would work with his own actors, or at least that is how he was with us... He did do loads and loads of takes. You know how you've always got one friend who has to take five photos when everyone else just takes one. They always have their finger on the button, don't they? I think if Stanley was still around with all the modern gadgets we've got now, he'd be one of those people.”


They were pretty great. The day wrapped up with A Nightmare on Elm Street reunion of sorts with Robert Englund & Heather Langenkamp appearing together on stage. I'd seen them both separately in previous years, but it was awesome to see them together.

There was obviously stuff that I'd heard before, like how they both won their roles and such, but some new stuff, as well. They talked at length about working with eventual A-listers Johnny Depp, Patricia Arquette and Laurence Fishburne, and they spoke of how important Nancy as a character was instrumental in the birth of the “fan girl” movement. I can see that, as the Nancy & Tina did interact with each other in a very realistic way, even moreso than the ladies in Halloween six years earlier. It definitely helps when you have characters within a film that you can identify with.


Someone was quick to ask about what they thought of the remake. Langenkamp declined to say anything for fear of going on a rant, so Robert tried to be tactful;


“The remake of Nightmare was just too premature. I understand remakes. Every movie our grandparents saw was a remake of a silent film. There are only so many stories to tell around the campfire. I understand the drive to remake it for a younger audience, but with the advent of digitally remastered Blu-ray box sets, these original fans are older and have kids, and they can pass these movies down to them, looking better than they ever have before. Hollywood knows that movies have a larger shelf life now, so why they are rushing to remake everything is beyond me.”

The last question of the day was about Englund ever coming back to the role;


“If I was to come back, it would be Freddy vs. Viagara!”

But the question did bring up an interesting story about a prequel;

“There was some talk after Freddy Vs. Jason of a prequel script floating around and John McNaughton was going to direct it in a documentary style. At one point I think it was called Krueger: The First Kills. But was so creepy about it, were the lawyers that get him out of jail. And they became symbols of the corruption of American society and our children. They were phenomenal roles from what I hear. I never read it, I heard a lot about it from a guy that used to work at New Line. And that was close to happening, and then Michael Bay bought the rights to everything. But that would've been the last thing I did. I loved the idea that it was the lawyers that were the stars and Krueger just comes in at the end.”


We're not done here. Come back tomorrow to hear about a further quartet of events I attended.
Posted by Jay Clarke at 10:00 AM