Sunday was a test because I had to be up bright and early for the Malcolm McDowell Q&A. It was worth it though because I’d never miss an opportunity to see this man speak. Setting aside the fact that he starred in my favourite film of all time, McDowell brings a presence that very few can match. 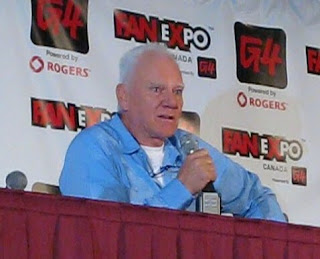 He began by talking about working with Lindsay Anderson, and the profound effect he had on his acting career. I highly recommend McDowell’s spoken word performance film Never Apologize, as that delves more deeply into his relationship with the late, great director. It was a well-known fact that McDowell’s performance in Anderson’s 1968 film If… was what led to him landing the iconic role of Alex De Large in Stanley Kubrick’s A Clockwork Orange.

As moderator Stuart Andrews pointed out, McDowell has racked up about fourty credits since his last appearance here in 2007, so there was plenty of new ground to cover. He talked about working on Heroes, South Park and his new show Franklin & Bash.

I was also glad someone asked him about his video game voice acting.

“I love doing voiceovers. It’s a lot of fun because you can go and you don’t have to learn anything. You can just read it. It’s fabulous! I’m such a whore I’ll do anything!” 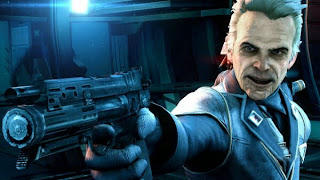 There was a moment when someone ran up to the table to ask his question, making everyone a little nervous. McDowell remained in good spirits.

The question posed was to do with Anthony Burgess’ A Clockwork Orange being a comment on violent youth in Britain and with the recent London riots, it appeared the same issues were still prevalent, so what were McDowell’s thoughts on the underlying cause.

“Well, I haven’t lived in England for thirty years now, so I’ll take a guess. If you look back in history, you’ll see it’s a very common thing for the English people, especially in London, to riot. In the Victorian era, they used to turn over the Monarch’s carriage. Why are they doing it today? I don’t know. But I think it must have something to do with the education system and cutbacks. These young people go to school and do all that is expected of them and when they get out, there is nothing there for them, no support and no jobs. So, what else are they going to do?”

“Rioting is the language of the unheard.”

Then, things got a lot lighter, when McDowell relayed the story about his run-in with David Caruso. A while back, Rob Zombie called to ask if McDowell wanted to be in the CSI episode he was directing. He asked;

He then said when he got on set; Zombie apologized in advance for him having to work with Caruso. This led to McDowell taking the piss during their scene, by pretending to talk on the phone when Caruso entered.


McDowell said he was on the phone a lot longer that what was shown, to the point where Caruso was hurling expletives at him. The parting jab "buy yourself a sense of humour" was McDowell's doing, as well.

The Q&A concluded with McDowell talking about his role in the 2004 film Evilenko. It was a tough part to play, but he came up with how to play it after watching trial footage of Andrei Chikatilo, the serial killer for whom Evilenko was loosely based.

After McDowell, it was time for the panel with Festival of Fear’s 2011 Guest of Honour, Robert Englund.

And boy, could he have not come onstage fast enough. There was this crazy guy, sitting next to Schwartz & I that I’m sorry I ever acknowledged. He awkwardly asked me what my favourite part of the Nightmare series was. When I just threw out Johnny Depp’s death scene from the original, he kept asking me the same question over and over. He was like that kid with the goggles from A Christmas Story, but with Freddy instead of The Wizard of Oz. 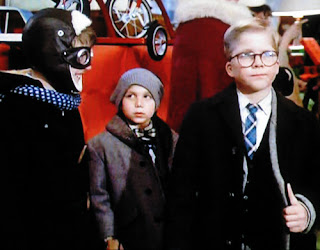 When Englund hit the stage, he was very affable and still full of energy, even after speculating that he must have signed about a thousand autographs this weekend.

Englund begun by talking about his early roles in pictures like Buster and Billie and Eaten Alive. There were several stories he told that I’d read about in his autobiography Hollywood Monster, but it is always infinitely better to hear them from the source, than read off a page.

Of course, everyone was anxious to hear what Englund thought of the Nightmare remake last year.

“Well, I’ve seen it a few times now and I think the cast is exceptional. But, I think the problem I have with it is when the movie starts out, the kids are already being haunted, and I don’t think we get enough time with them to get that connection that is needed to really care about them. So, that’s the thing that didn’t work for me.” 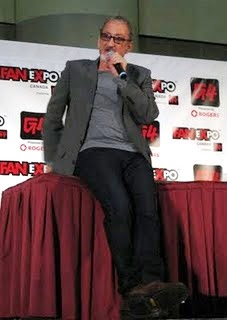 When asked about what horror films have affected him recently, he said that Lucky McKee’s new film The Woman really got under his skin. He also really liked the Swedish Let The Right One In, and made special mention of the book it was based on.

Someone asked if Englund ever had any nightmares;

“I do have this one stress dream from time to time. I’m playing the lead in some dream production like Hamlet or Richard III, and I’m backstage and I can’t remember my lines. While I’m fumbling around looking for my script, I can hear my cue coming from onstage.”

There was much more, however I kept being distracted by the schizoid next to me whispering to himself during the whole damn thing. That’s the gist of it, though.

After Robert Englund, I stopped in on my buddy Darryl’s Android Re-Enactment screening. Apart from the person that left during my ‘big scene’ (how dare they!) it seemed pretty well received. This was another small step toward getting the word out. Thanks to all those who showed up, as I know there were a lot of things competing for your attention that afternoon. 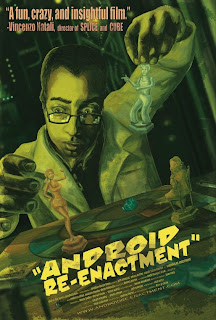 They brought out some of their vintage coverboxes and talked about their days working in video stores & theatres, so I was kind of in my element. I also found out that Sullivan worked on one of my absolute favourite B-movies, The Deadly Spawn. Awesome! It was a great way to end the weekend.

I was quite surprised by how little money I spent this year. Due to being so busy with panels all weekend, I didn’t have an excessive amount of time to walk the floor and impulsively buy shit. I can’t say the same for Schwartz – who dropped over one hunny on posters alone! – but I don’t know, I just didn’t feel any urgency this year. I’ve been going to the Festival of Fear for seven years now, and seeing the same vendors over and over I have a sense of what will be there in subsequent years and what won’t. I don’t feel I missed out on anything by keeping the purse strings tight this time around.

Best costume this year? You mean, apart from the Sucker Punch girls? I think it’s a tie between– 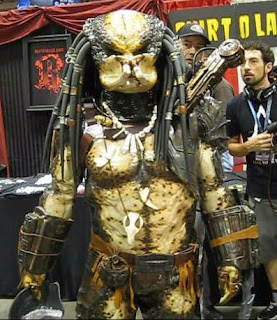 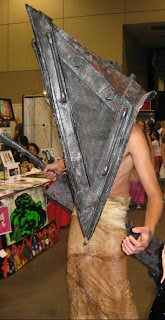 Of course, you can’t have an Expo without Star Wars. 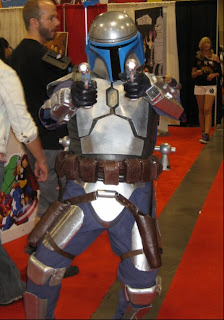 And, this guy was pretty awesome too. 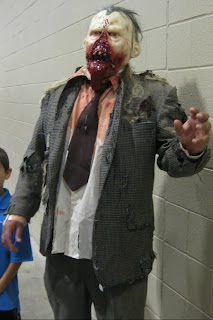 So, that’s what I got up to this time around. It was a really solid event this year. To check out the previous parts of this wrap-up post, here are Part 1 & Part 2.

Have a great long weekend guys! I’ll see you back here on Sunday for an all-new Don’t Kill The Messenger.
Posted by Jay Clarke at 10:08 AM

The audio for the Malcolm McDowell Q&A is here:

Thanks man, appreciate the link! I think the original MM appearance in 2007 can be found on www.cinephobia-radio.com.

That is correct. Here's the link for the 2007 appearance.