Saturday is always the craziest day of the Fan Expo, but it was actually only really crowded for the first half of the day. I spent most of the time in panels, so I didn’t feel crammed in at all.

My first Q&A of the day was actress Danielle Harris, who was there promoting The Victim and Laid to Rest 2. 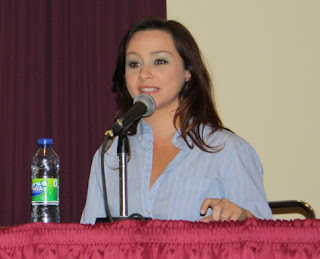 She talked about nabbing the part of Jamie in Halloween 4 and I was surprised to learn that it was initially between her and Melissa Joan Hart. Harris recalled a lot of the stunts she did as a kid, that she wouldn’t do now.

“I love doing horror though. If I’m not bruised, losing my voice from screaming and covered in blood, I don’t really feel like I’ve earned my pay.”

When asked about coming back to the Halloween franchise for Rob Zombie’s remake, Harris said that initially he didn’t want any connections to the original films, but won him over with her audition. For her death scene in Halloween II, she had a lot of input because there were no details in the script. Her & Tyler Mane basically improvised the sequence on set.

When someone asked if there was going to be a Hatchet 3, she replied;

“I read on Twitter it’s been green lit, but as of right now, there is no cast or director attached. I’m hoping for a phone call. I certainly can’t imagine they would want to change Marybeth a second time.”

The Q&A ended off with her talking about the project she just finished called Among Friends, which she directed and starred in.

“I just made the kind of movie that I would want to see. A lot of my fans were around my age when Halloween 4 came out. They’ve grown up with me, so I think I know what they like. It’s a fun eighties-style slasher.”

After Harris, was Pinhead himself, Doug Bradley.

He started off by apologizing for the mix-up that had to have his panel rescheduled. I don’t think anyone thought he was to blame for the gaffe, but he said sorry anyway. 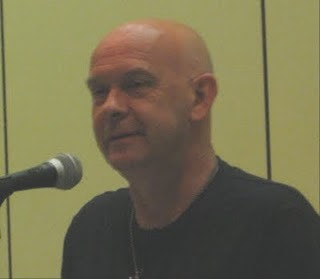 Bradley talked about his early career, working with Clive Barker in theatre and his early shorts and how him being cast as Pinhead was just the most logical choice at the time. Of course, it didn’t take long before the issue of the new Hellraiser film came up and he was extremely candid about it.

“They called and wanted me to come in for a two-day shoot for the price of a new refrigerator.”

After he passed on the role, it went ahead anyway, with a two week shooting schedule and a budget of $150,000. The trailer for Hellraiser: Revelations is out now, and it looks abysmal.

These harsh statements jive with Barker’s who recently tweeted; 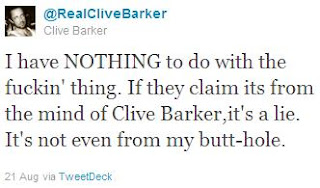 Bradley’s last word on the subject was that the trailer on YouTube was currently holding at about a ninety-two per cent dislike rating, so it would appear that the fans are in relative agreement, as well.

When Bradley was asked if he still keeps in contact with the original Hellraiser cast, he said he did and was, in fact, just texting with Ashley Laurence the night before.

There was also some time spent reminiscing about Nightbreed, which Bradley referred to as a “very flawed masterpiece.” I remember him talking about this when he was here several years ago, but essentially the studio butchered the movie because they wanted a slasher flick and couldn’t wrap their hands around the fact that the monsters were supposed to be the good guys.

Eventually the subject came around to whatever happened to the Halloween/Hellraiser crossover movie. 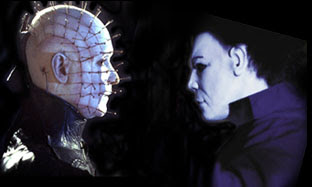 “Well, initially Dimension wasn’t interested in doing it. Then, Freddy vs. Jason came out and made squillions of dollars, and then suddenly they wanted a Halloween-Hellraiser movie made yesterday. I was up for it, and at one point, Clive was going to write it and John Carpenter was going to direct it. Then somewhere down the line, the Akkad’s decided they didn’t want Halloween involved and that put the kibosh on the whole thing.”

Bradley ended things by mentioning his most recent projects, which included a film called The Reverend with Rutger Hauer and The Infliction, with Bill Moseley & Sid Haig.

Later in the day was a panel titled Lance vs. Lance that turned out to be really fun. Rue Morgue writer Last Chance Lance had stated previously that he knew more about Lance Henriksen than the man himself. So, the panel was basically a quiz show of sorts with both Lances buzzing in and answering Henriksen-centric trivia posed by moderator Stuart Andrews & the audience. 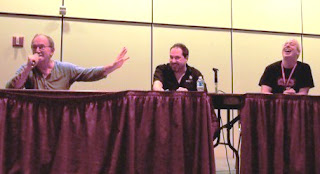 Henriksen was a really good sport about it, as I don’t think he really knew what he was getting into when he first walked in.

It got a little chaotic toward the end, but I believe the right Lance won. Audio was being recorded for a future Rue Morgue podcast, so I'll be sure to link to it when it surfaces.

Before leaving, I took another walk around the floor. 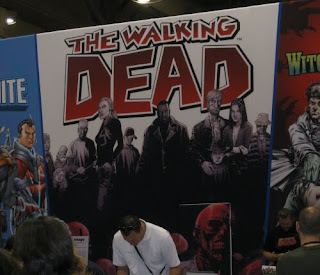 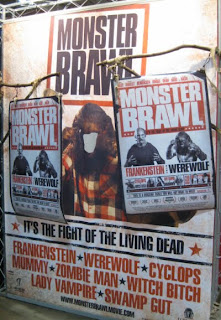 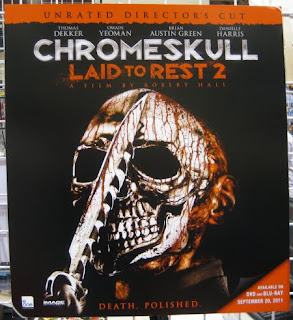 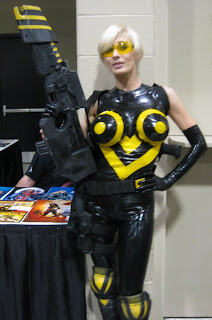 I am suddenly very interested in the comic Bomb Queen.

On the subject of lovely ladies, one thing I was really hoping to see at this year’s Expo were some Sucker Punch cosplayers. I was not disappointed. 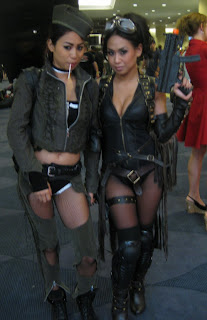 Later on, I hung out with some friends before going to the Festival of Fear party at Revival. I had a great time and saw some people I hadn’t talked to in a while. I was also impressed with Blood Ceremony, the band Rue Morgue got to play the event this year. Here’s some footage of their set, posted by YouTube user darklordbunnykins.


Check back tomorrow for the last installment of my Fan Expo wrap up. For Part 1, click here.