Not So Cool, Brewster.

The latest remake on the block is the flashy 3D redo of Tom Holland's 1985 horror classic Fright Night. 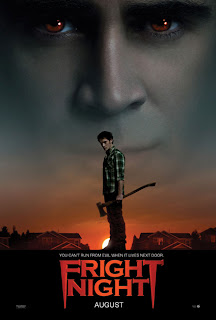 All hell breaks loose when Charley (Anton Yelchin) realizes that his new neighbour Jerry Dandridge (Colin Farrell) is a vampire and preying on the residents of his neighbourhood.

I was really hoping I was going to like Fright Night more than I actually did. Don't get me wrong, it's a serviceable movie, but there were numerous things about it that hindered my enjoyment. As you would while watching a remake, you tend to wait for the cues from its predecessor and I found that the good deal of them never came. That is due to, apart from sharing the same characters and byline, it feeling like a completely different movie. I understand why the filmmakers wanted to get away from just doing a shot-for-shot redux – as that makes no sense either – but in their attempt to distance themselves from the original, they also managed to suck most of the fun out of it, as well. The first half is shrunk down considerably and the Rear Window aspect, my favourite thing about the original, is completely downplayed. Here, within twenty minutes, Charley's friend Ed (Chris Mintz-Plasse) is telling him matter-of-factly that his neighbour is a vampire. In Holland's version, we were shown that. In Craig Gillespie's, we are told it. You see the difference? 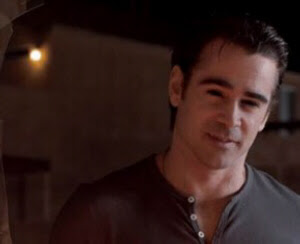 Unfortunately, this is not the only stuff from the original that is cast aside. Charley's girlfriend, Amy plays a much less relevant part in this one, which irked me as I'm a big fan of Imogen Poots. However, perhaps the most disapponting tweak was that there didn't seem to be all that much interaction between Charley & Jerry before the shit hit the fan. I think if it wasn't for the strong talent involved here, Fright Night could have been a real failure. Farrell has fun with the role, playing up the calculating and predatory aspects of his vampiric nature and David Tennant is great as stage show illusionist Peter Vincent, even if he was just doing his best Russell Brand impersonation.

The changes to the story could have all been forgiven, if I didn't keep getting distracted by the heavy use of often sub par visual effects. There was an entire sequence in the desert that was rife with bad CG. It's a shame because the original sported some really creative practical effects, and this one almost actively avoided them. I really hope this isn't a sign of things to come with The Thing prequel, as that would seriously break my heart. 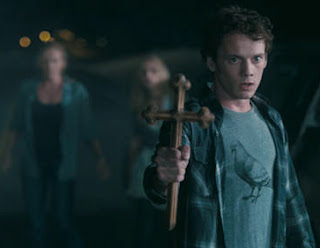 Putting all that aside, Fright Night does have its share of good ideas and some sly references to the original movie, but as a whole, it doesn't add up to anything substantial. I guess I was a little more optimistic than perhaps I should have been.
Posted by Jay Clarke at 10:00 AM

Good review, completely agree with everything you just said. I did love this version's Peter Vincent though.