Colin Geddes, curator of the Toronto International Film Festival’s Midnight Madness programme, announced the full lineup yesterday and it, as always, looks downright delicious. On the horror side of things, we have five promising titles coming this year.
Director Douglas Aarniokoski brings us the post-apocalyptic tale The Day. Starring the rich genre pedigree of Shawn Ashmore (Frozen), Dominic Monaghan (I Sell The Dead) and Ashley Bell (The Last Exorcism) and possessing a gritty visual palette reminiscent of 2009’s The Road, I have high hopes for this movie. Besides, any director working on something called Nurse 3D, is okay in my books.

Fresh off last year’s solid crime-family flick Down Terrace, Ben Wheatley bursts onto the TIFF stage with Kill List. I’ve been hearing good things about this film for a while now, so I hope all the praise turns out to be warranted.

Ever since French directors Julien Maury & Alexandre Bustillo’s gruesome powerhouse Inside dropped jaws here in 2007, we have all been waiting patiently for their next feature. Now, after being attached to a number of different projects – the Hellraiser reboot among them – they finally settled on their own story, Livid. 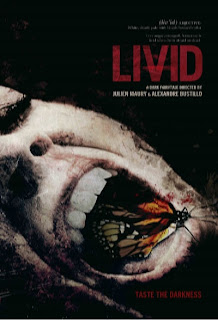 Also, making a return of sorts is one-half of the duo that brought us The Blair Witch Project. Director Eduardo Sánchez has made two features since then – the underappreciated Altered and supernatural-laced Seventh Moon – but his new picture Lovely Molly is the perfect opportunity to launch himself back into the big time. I’m pulling for him! 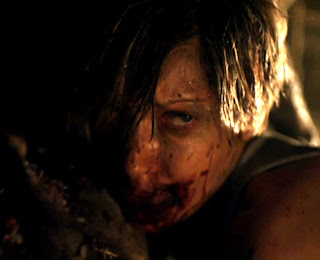 Then, there is Adam Wingard’s slasher You’re Next. Though I am not a fan of Wingard’s directing style, I am however, a fan of his writing partner Simon Barrett, so I remain hopeful.
Lastly, I have to mention The Raid. This martial arts extravaganza stars Iko Uwais (Merantau) and from what I have seen and heard so far, it looks to be almost a full movie’s worth of sustained action. I think this could be one for the books, people. 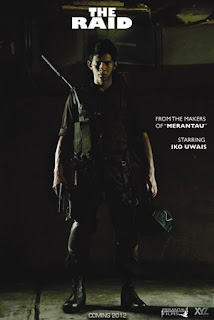 For the full list, check out Twitch’s announcement post, by clicking here.
Posted by Jay Clarke at 8:07 AM

Although I am really excited by some of this year's films, I've noticed a bit of a common theme among most of the films - the characters are trapped somewhere and can't get out...

See what I mean?

That is a rather astute observation now that you mention it. Strange.

Do you think you might actually catch any of these?