It's All A Little Hazy

I had another VHS movie night last Saturday’s eve. The first movie planned was the 1974 horror flick Devil Times Five. I’d had this movie on my shelf for quite sometime, and after seeing the trailer during Suspect’s recent anniversary party, I figured it was time to crack it open. However, we got started kinda late, so by the time the movie began to unspool, we were all pretty intoxicated. 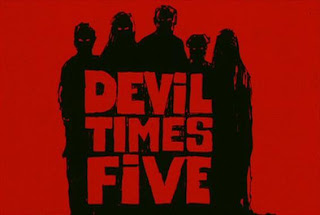 When a bus transporting five psychotic children crashes, they escape and are taken in by the unsuspecting occupants of a nearby mountain retreat. Of course, it isn't long before the bodies start piling up.

Based on my foggy mental state, here are my recollections of this movie.

I remember the credits sequence being perhaps the longest in existence. Every few minutes someone in the room would pipe up, “How are the credits still going?!” 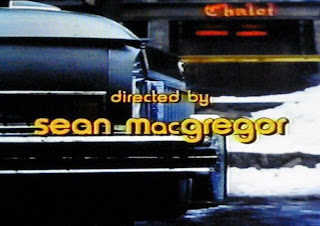 This is the second act!

I remember being lost – and I wasn’t alone – as to what the hell was going on, but at the same time, not really caring.

I remember a black & white slow motion death scene that – like the opening credits – seemed to go on forevvvvvvvver.

I remember coming to the realization that all my childhood I mistakenly thought my teachers were telling me I was cute. 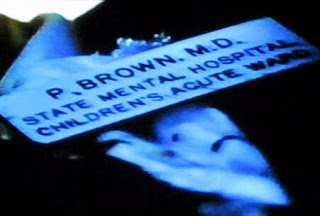 Now it all makes sense...

I remember there was a very un-sexy sex scene.

I remember there was Christmas music.

I remember wondering at one point if I was watching Of Mice and Men, due to the appearance of an outspoken retard named Lenny Ralph. He even owned pet rabbits!

I remember there being an actor who looked an awful lot like Elwy Yost. 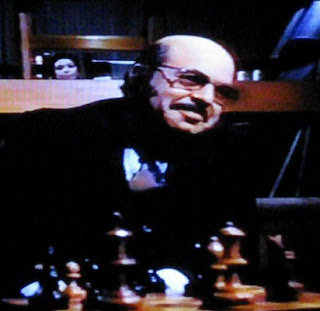 I remember a lot of orange.

I remember a catfight breaking out in the bedroom. 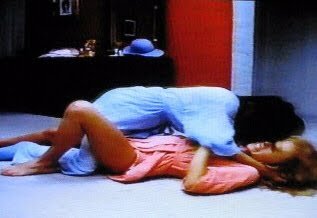 "What are you guys doin? Auditioning for the Olympics or somethin?"

I remember there was a couple named Papa Doc & Lovely.

I remember there were many choice lines, many of which ended up on Mitchell’s live Twitter feed. (mild spoilers)

And finally, I remember it got pretty good toward the end. 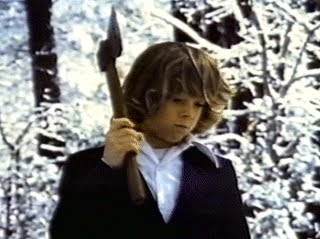 Oh, and I recall delicious chili, prepared by DirtyRobot, being served around 1 a.m.

A couple of days later, I decided to re-watch Devil Time Five. Was it really that incoherent, or was just our combined level of inebriation? It turns out it was mostly us, but not completely.

The opening credits really do go on for ten minutes, and that black & white slo-mo bit for almost as long. It’s funny because there is a similar technique used in They Call Her One Eye – also 1974 – so maybe it was just a global filmmaking trend that year. The child actors are all suitably crazy insane and give the movie a really bizarre tone. You can certainly accuse this movie of excessively elongating its first half, but it does end up earning its place at the grown-ups table of seventies’ survival flicks. 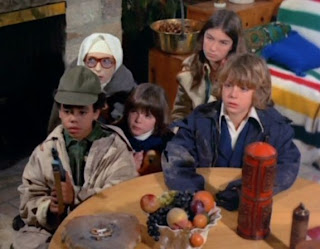 I was hoping Devil Times Five would be something more along the lines of Who Can Kill A Child? or the more recent The Children, but I’m definitely glad I gave it another watch to fill in some of the substantial blanks.

That's all for now, but check back tomorrow for Part 2.
Posted by Jay Clarke at 10:05 AM