Closing out Midnight Madness this year, was a British import called Kill List. Director Ben Wheatley’s debut Down Terrace tore up the festival circuit a while ago, so I was looking forward to seeing his follow-up. 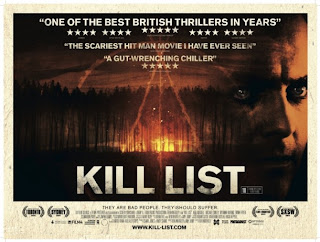 When Jay (Neil Maskell) & Gal (Michael Smiley) are paid to kill three seemingly random targets, they start to question the motives of the people who hired them.
Kill List is a solid film that does what it does very well. As with Down Terrace, I liked it, but I didn’t love it. It mixed a few genres, which I found to be both a blessing and a curse, as I was most interested in the second act, when the film made allusions to perhaps going somewhere other than where it actually ended up. In a lesser director’s hands, the pace may have been a problem, but not here. Wheatley employs a skilled grasp on the metering out of information, and never over shares about the names on the list. This withholding of mythos was a detriment to the previous Midnight flick The Day, but not with this film because the characters were actually engaging. And it is the characters that are the real strength of Kill List. Jay & Gal have a real rapport with each other, thus making the scripted look improvisational. I was also really happy to see MyAnna Buring appear as Jay’s wife, Shel. 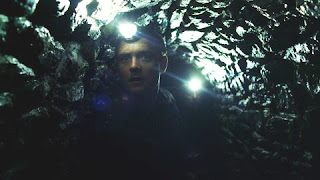 When you are dealing with a UK film involving a mysterious cult, comparisons to The Wicker Man are unavoidable, but I think Kill List breaks away from this by being firmly grounded in reality. There are no musical numbers or bear suits – depending on which Man were talking about – here, just good storytelling.
Though its narrative style may be conservative, its more violent scenes are anything but. Wheatley employs a cold ferocity with the gore, shying away from very little of it. His explanation during the Q&A was that any cuts during those sequences would have caused an audience disconnect. That would explain why I was reminded of A Serbian Film during some of these moments. Don’t worry, there is no baby rape or skull fucking in Kill List, but they are both very, very dark films that leave you a little shell-shocked. 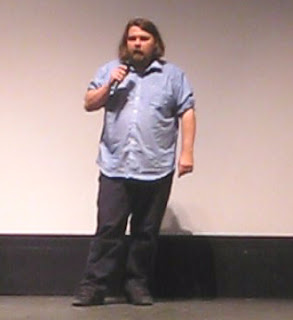 Director Ben Wheatley
Of Wheatley’s two efforts, my genre leanings would dictate that Kill List is more up my alley, but in truth, they are about equal. Down Terrace is a more straightforward affair, that doesn’t overstep its premise like you could argue Kill List did. Regardless, Wheatley has proven himself an effective storyteller with a film grasp of character, so you should definitely keep your eye on him.
Posted by Jay Clarke at 5:53 PM