Okay, after all this TIFF craziness, it's time to get back to your regularly scheduled programming. Here's what I have for you this week.
T Is For...
The deadline for the Drafthouse ABC's of Death 26th Director competition is rapidly approaching, and boy, are there some doozies entered so far. My buddy Darryl Shaw's entry, T is for Testostorone Replacement Therapy just got posted this week and here it is below. If you like it, please feel free to vote.

And here are some other great entries.


I'm working on an entry myself, so fingers crossed we get it in before the October 1st deadline. To visit the ABC's of Death website, click here.
Shhhhhhhh.
Here is a story I came across a few weeks ago. David Lynch just opened up a nightclub in Paris called Club Silencio. Inspired by the club of the same name in his 2001 masterpiece Mulholland Drive, Lynch was involved in every facet of the process.
"Silencio is something dear to me. I wanted to create an intimate space where all the arts could come together. There won't be a Warhol-like guru, but it will be open to celebrated artists of all disciplines to come here to programme or create what they want." 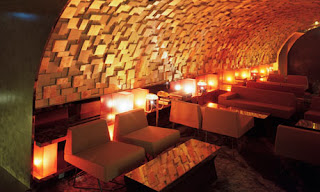 To read the Guardian.co.uk artice on the club opening, click here.
The TAD Ten.

The final ten titles screening at this year's Toronto After Dark Film Festival will be announced Monday night on the Canadian sci-fi channel SPACE. Tune in to InnerSpace at 11pm to see what genre goodies will round out the fest. In late August, Toronto After Dark announced the first eight titles, including the gory anthology The Theatre Bizarre, Xavier Gens' newest The Divide and the Astron 6/Troma co-production Father's Day.