Well, I'm back from my trip to Bloomington, Indiana to attend the Diabolique International Film Festival. It was an absolute blast in every regard. 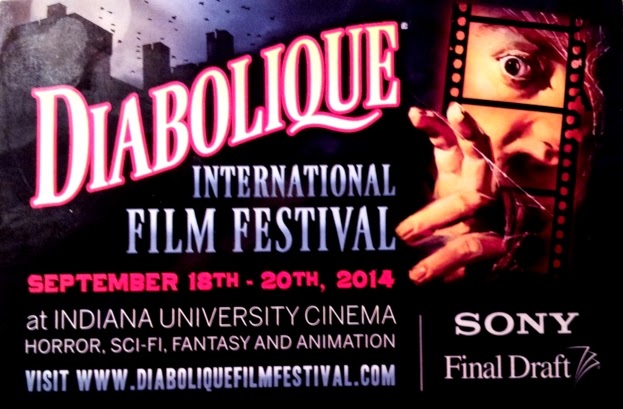 Even the drives there and back were smooth as could be, to the point it made me contemplate whether traffic is a Canadian phenomenon. Absurd, of course, but maybe not so much when all the American roads I encountered were free and clear. 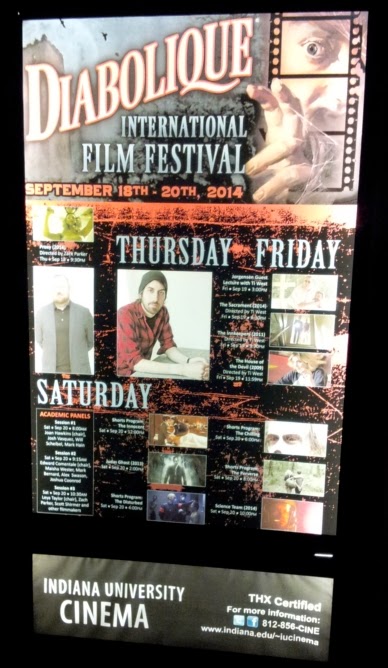 The weekend got off to a fine start when I showed up at the theater on Friday evening and bumped into Ti West who happened to be in lobby awaiting his impending Q&A for his latest film The Sacrament. It was a surreal moment, considering what was about to transpire in the Lone Star state only a day later. I didn't mention it when I introduced myself.

The U of I theater is a fantastic place to watch a film and rivals that of my favourite venues in Montreal and Toronto. I stuck around for the screening of The Innkeepers - on 35mm! - after which I decided, having seen it on the big screen three times now, that it is his best film. Though I still stand by my original comments about The Sacrament being his most consistent, there is something to be said about West's use of subtlety in his tale about the Yankee Pedlar Inn. Due to said restraint, I think it possesses a huge rewatchability factor.

On Saturday, I headed back to the theater for the first of six blocks of short films. I have to say that the range and quality of short films that Diabolique brought together was extremely impressive. I'll go into more detail about the standouts in a later post, but holy hell, what a great lineup! 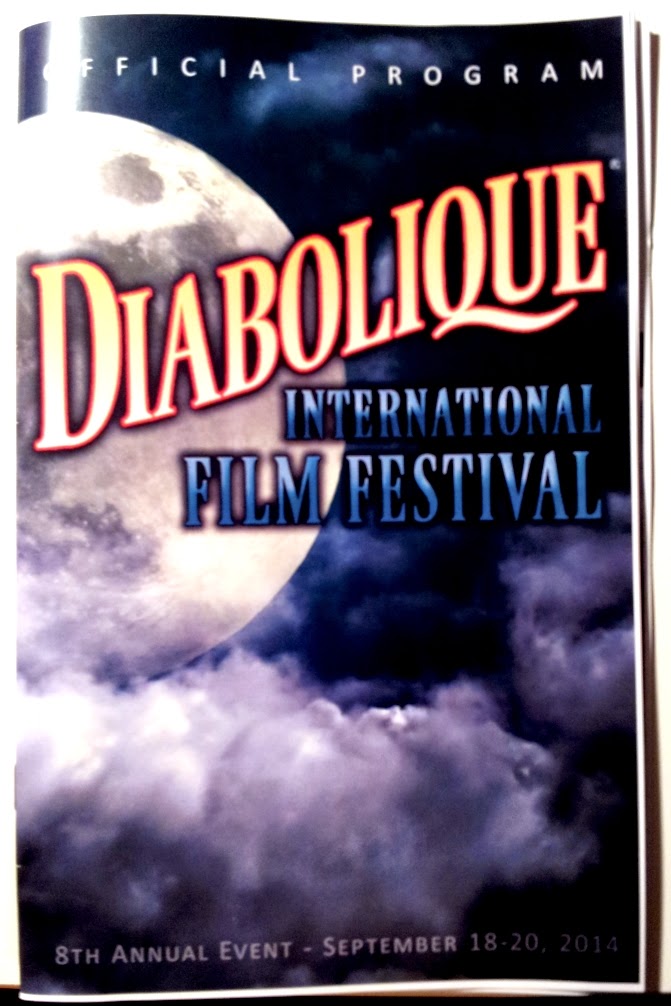 My short film Lively played in the third block at 4pm. It was a good turnout, with the numbers likely swelled by cinema studies students due to the theater being located right on campus. I was very happy with the reception (nobody booed, always good) and was excited to talk about it afterwards. It was a really awesome day and it ended well beyond last call with fellow filmmakers Alrik Bursell, Michele Lombardi & I closing down the after party.

I want to thank festival organizers Scott Schirmer, Joshua Coonrod, Leya Taylor & David Pruett for not only inviting me to be part of their festival this year, but also being such gracious hosts. The possibility is very high that I will be visiting future editions of DIFF whether I have something to show there or not.
Posted by Jay Clarke at 10:00 AM