So, now it's time to turn my attention over to the 2013 incarnation of The Evil Dead. There's been a lot of great things unearthed from the Web over the last few weeks, so here's a sampling.


First, is a cool claymation recreation of the Evil Dead remake trailer.

Adding onto the retro VHS covers from last week, here is CMac Custom Design's take on The Evil Dead. 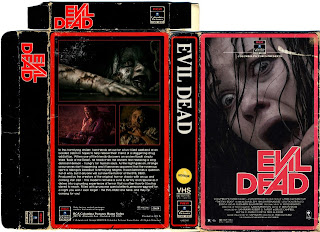 Check out this bad-ass poster for the remake from graphic artist Laz Marquez. 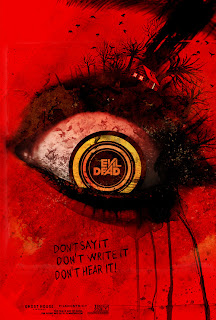 And finally, here is an excerpt from a recent Tribute.ca interview with Fede Alvarez, the director of the new remake.


Tribute: You really put your actors through hell in this movie! How did you convince them to take on their roles knowing what they were going to have to endure.
Fede Alvarez: I tell you they were all troopers going into this movie. Not only was there a lot of blood and  physical exhaustion from the intensity of the script but we also shot everything at night. They were all up for  the challenge and they were ready to do anything I asked of them. They knew that it was going to be a tough shoot and we warned them as much as we could when things were going to get really rough.

T: Was there anything from the original film you felt obligated or just wanted to put in your movie?
FA: Definitely the house, the five friends and the Book of Dead. Those are the quintessential Evil Dead elements. Plus the chainsaw and the girl in the trap door and the car, those are just elements, but conceptually the idea of the demons and the girl torturing men. That was crucial in the original film and I felt it had to be present in this one.


T: What scares you and what kind of movies scared you growing up?
FA: What scares me is everything you see in this movie (laughs). As a writer, when you’re going to write a scary film and every time you are facing a new scene, you write your deepest fears. I'm not going to write about something that I think may scare people but doesn’t scare me, that would be stupid. So having made this film, it’s hard to get scared when I watch it, but I can tell you that I was really scared when I wrote it. I had a few sleepless nights!! Films that influenced me or ones that really scared me growing up was definitely the original Evil Dead. I rented it when I was 12 and I was really terrified. Another film that scared me when I was younger was The Exorcist and I pay homage to that one in my film.