It Came From The Archives 19!

My initial intent to throw some of my Evil Dead stuff on here became a bigger job than I was expecting. I really didn't realize how much I had until it was all out in one place. Granted, most of it is Army of Darkness related, as I didn't really start hoarding until I was in my teens. Anyhoo, to celebrate Evil Dead Week here at The Horror Section, here are some goodies from everyone's favourite Sam Raimi trilogy!

First off, some wit from the man himself.


Now onto the archives. Let's start with the posters. 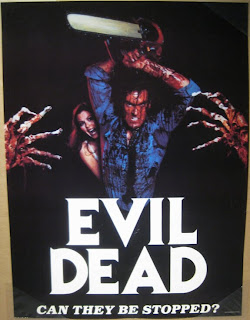 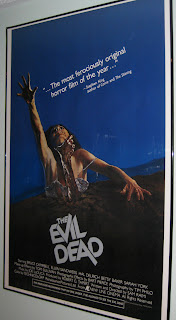 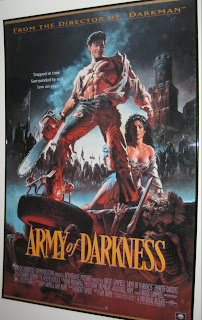 The next four things were mail ordered from Western Renaissance. I got some T-shirts from them too, but they have since disintegrated into nothingness. 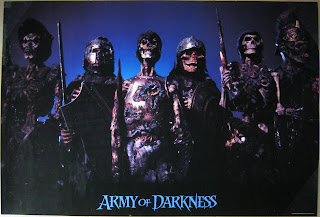 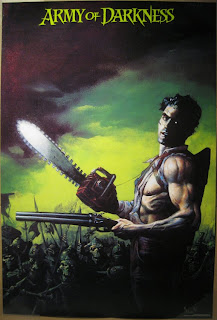 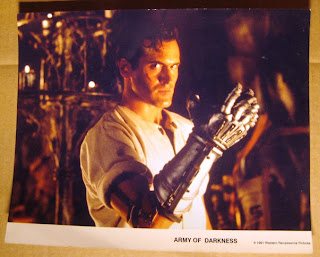 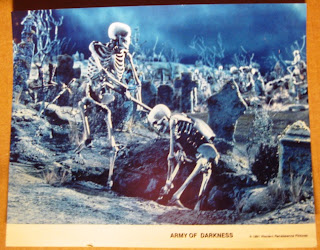 The two figures below are so beaten up it was a chore to get this picture taken without something falling off. How's that for authenticity? 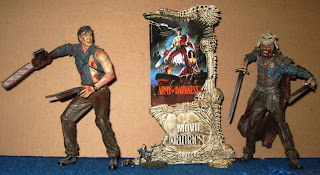 So, that's when I learned to never take things out of the box. 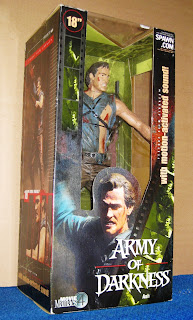 Now, onto the mags. 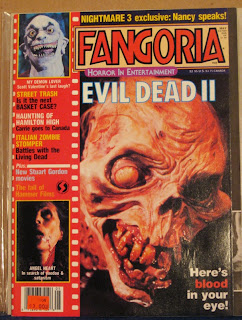 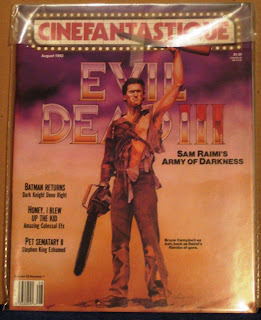 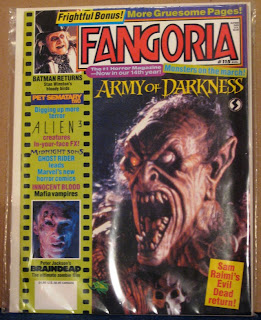 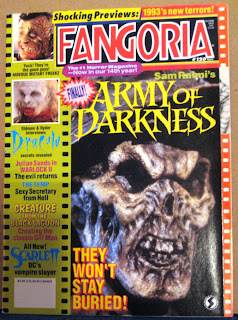 On the gaming side of things... 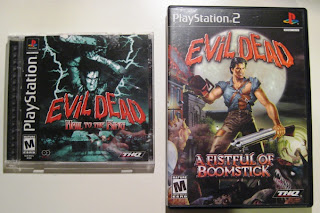 Here are programs for both Toronto incarnations of The Evil Dead Musical. The first one on the right opened the same night as the infamous 2003 blackout. The show went on, taking it outside to the front lawn of the theatre where it was lit up by flashlights and even car headlights. 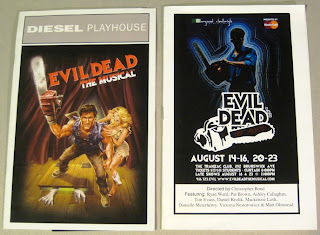 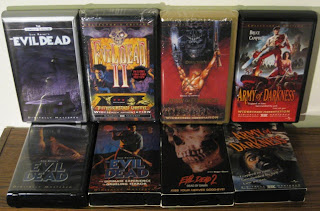 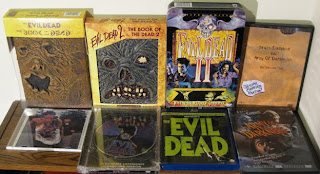 Check back tomorrow as Evil Dead Week continues...
Posted by Jay Clarke at 10:00 AM