Filmmakers I have been following for a long time are Astron 6 alumnus Steve Kostanski & Jeremy Gillespie. Here is one of their most infamous collaborations, W is for Wish from ABC's of Death 2.


After cutting their teeth on numerous short films in the 00's, they graduated to features helming cult favourites like Father's Day and Manborg (both 2011). Then, after a wildly successful film festival market push - and subsequent effects crowdfunding campaign - they came out with their Lovecraft & Carpenter adoration piece The Void in 2016. 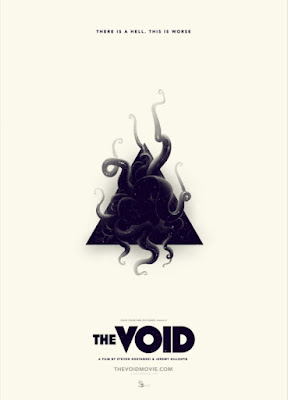 This is all in addition to the effects work both have done on studio productions that have shot here in Toronto, including It, Suicide Squad & The Shape of Water.

Currently, Gillespie is working on the Star Trek TV series and Kostanski is shooting the newest Leprechaun movie for Syfy (a direct sequel to the 1993 one) in South Africa.
Posted by Jay Clarke at 10:00 AM