One of Blockbuster's most nefarious edicts was its internally mandated views on censorship. In Canada at least, Big Blue did not deal in unrated versions of movies. We got “Rated” titles which were cut down unbeknownst to the consumer because in Canada, R usually meant the hard stuff. Blockbuster then took things a step further by introducing the Youth Restricted Viewing program. 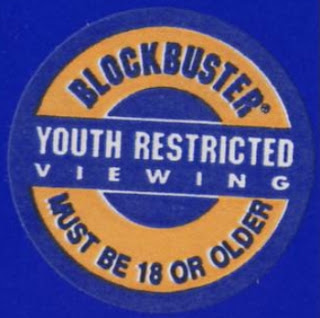 Under no circumstances were you able to rent anything with this sticker to anyone under 18. My buddy still gives me shit for denying his request to rent Hollywood Hot Tubs back when we were in high school. I keep telling him my boss was standing right there, but he still busts my balls about it to this day.

I mean, it would've been all right if these movies with the YRV stickers had actually been risqué material, but look at the titles below. Do these strike you as stuff that is particularly damaging to young eyes, in comparison to the titles I've shown you over the last four days? 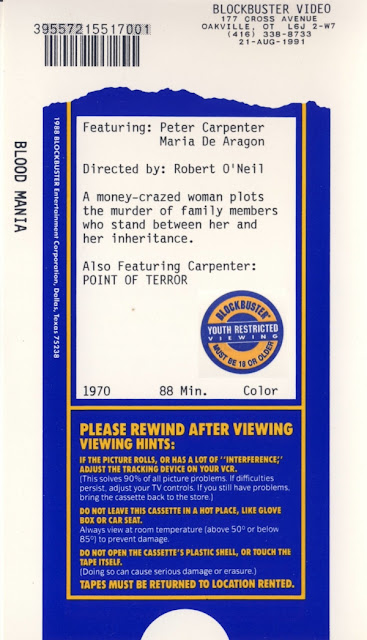 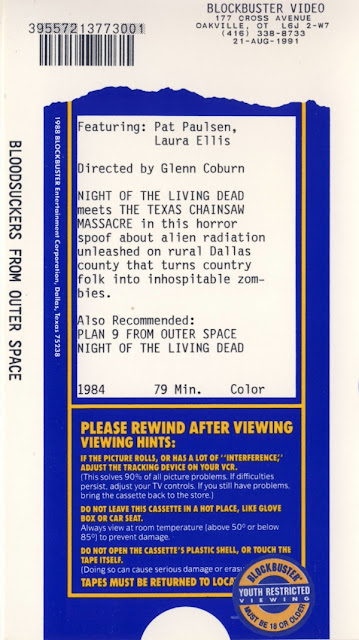 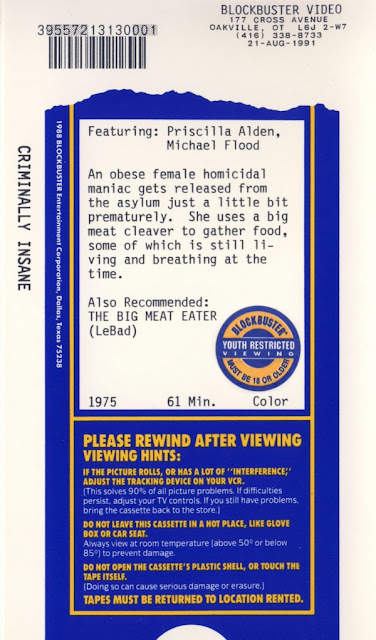 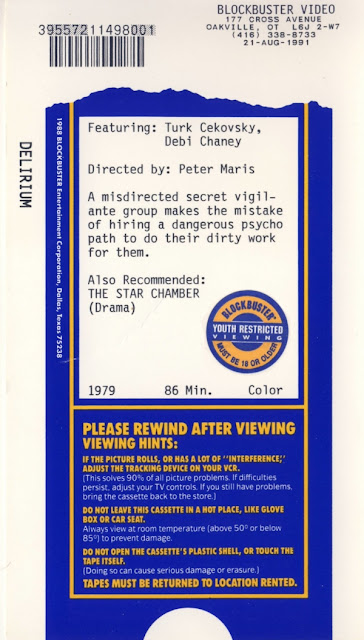 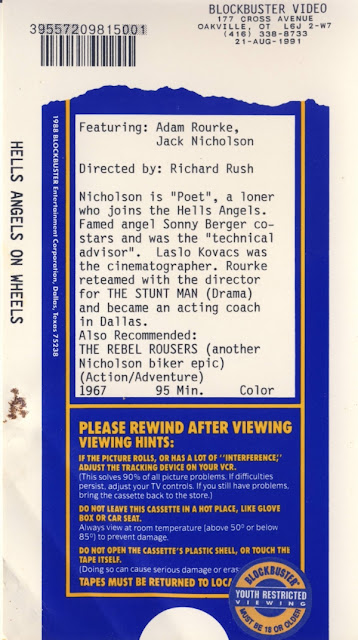 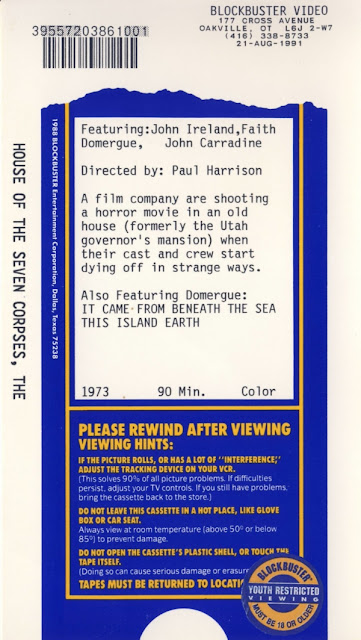 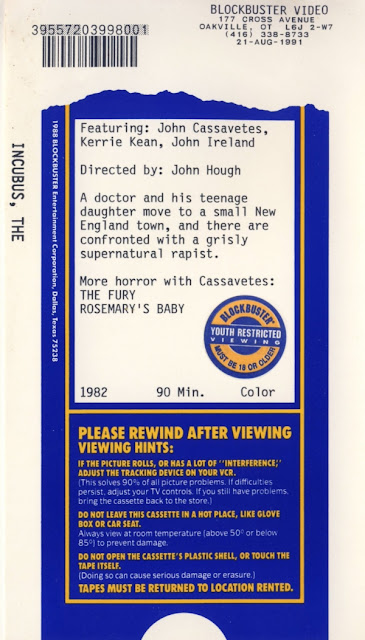 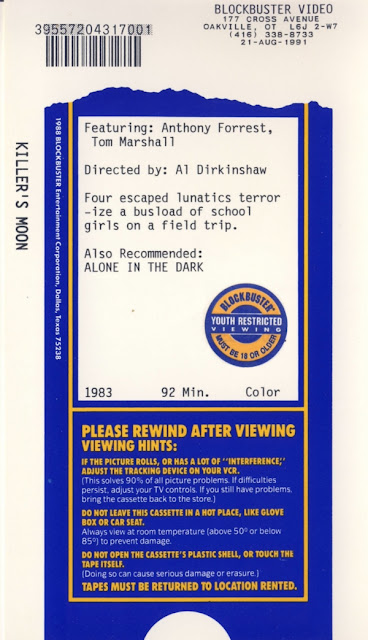 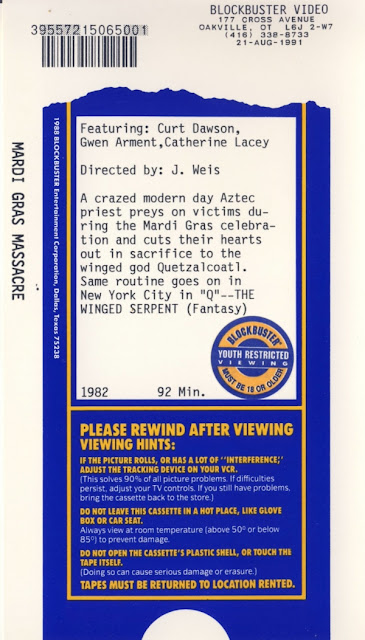 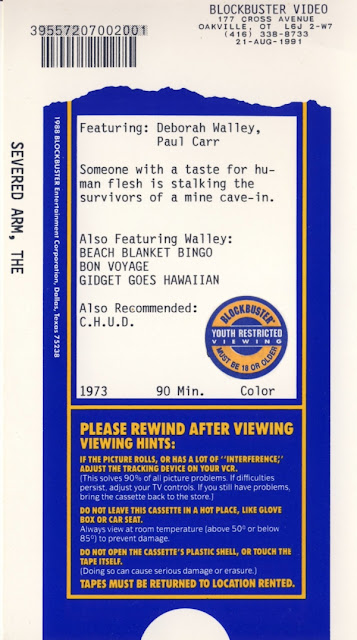 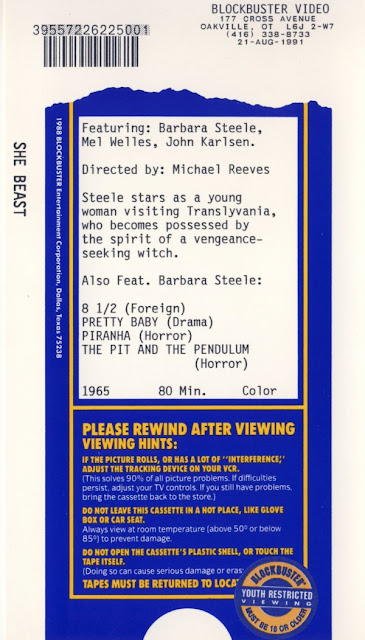 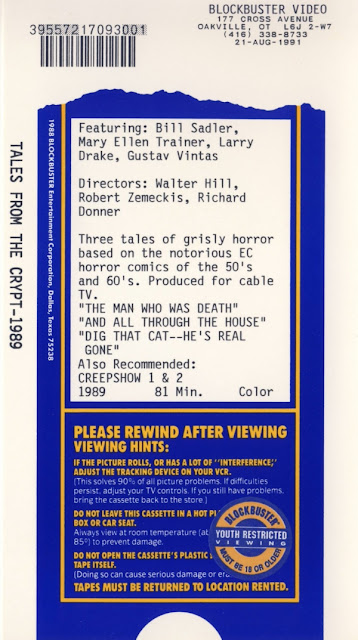 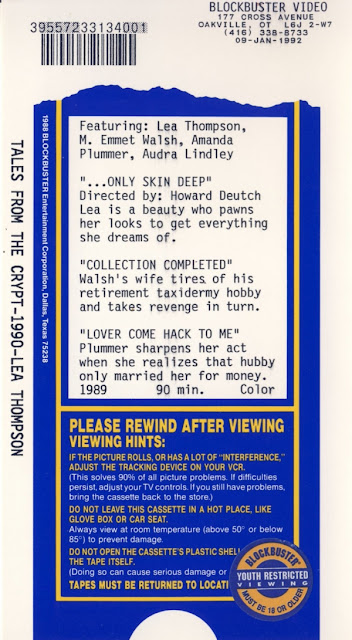 Come back tomorrow for one last post that covers one of my childhood heroes. And no, it's not Freddy or Jason.
Posted by Jay Clarke at 10:00 AM