As I mentioned yesterday, there was a special reason I sped to Horror-Rama last weekend. Those crazy cats put together a retrospective on one of my favourite Canadian horrors, Ed Hunt's 1988 flick The Brain. 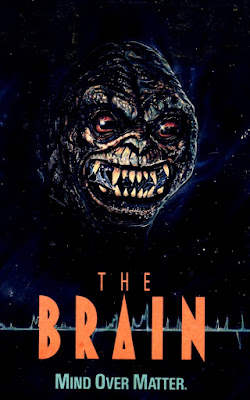 If you've spent any time on here, you already know that I'm kind of obsessed with this movie, somewhat because (like Robert Clouse's Deadly Eyes) it was shot here so the locations are readily accessible. Anyhoo, the day began with a panel featuring actor George Buza, composer Paul Zaza and assistant art director Michael Borthwick.


I was happy that they were able to steer me in the right direction of the last few filming locations I've been searching for. Once I have a bunch lined up, you can expect another post.


Ahead of the fest, Horror-Rama announced that Michael was putting up his Brain prop for silent auction at the convention. 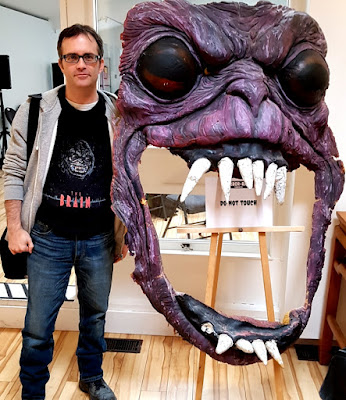 I, of course, was ALL OVER THAT. And after jockeying with a few other takers, I won! It is now proudly mounted on my wall. 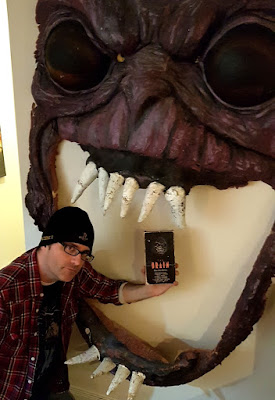 I was even able to get him to part with his original concept art sketch, as well. 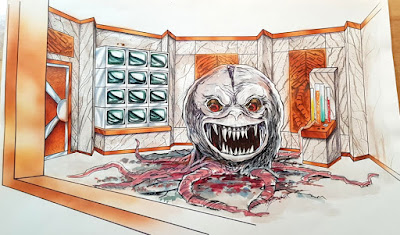 This was truly the bestest Brain fan experience ever. Thanks to Horror-Rama and Michael for making it happen.
Posted by Jay Clarke at 10:00 AM