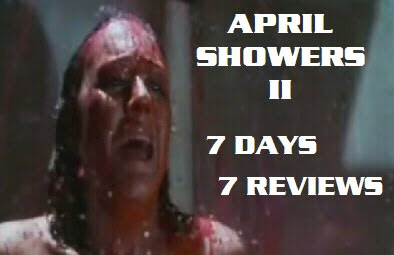 Perusing the shelves of Eyesore Cinema the other day, I came across a French flick from 2006 called Resonnances. At Eyesore, when a title is liked enough by the owner, he tends to – in a practice brought over from his days at Suspect Video – sticker the coverbox with quotes of praise. That is just another of the many quirks there you’d never get from the nefarious blue and yellow. Anyway, as you can see below, he likes this one a lot. 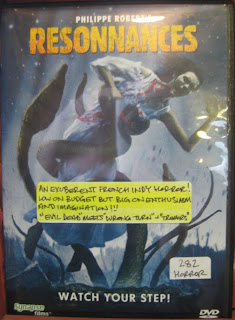 Three friends on their way to a nightclub run afoul of an underground creature that prowls the French countryside.
I kind of wish I could share Eyesore’s enthusiasm about this odd little movie. I knew going in that it was low-budget fare, but I just couldn't help but be constantly distracted by the terrible effects. Now, I want to make a distinction here. Sometimes – like with last year's Corman vehicle Sharktopus – bad CG can be part of a movie’s charm. However, you are never at any point supposed to take that movie seriously. In Resonnances, even though the majority of its dialogue is laced with comedy, you are supposed to care for these characters. I found that very hard to do when I was being hit with a SyFy quality effect every five minutes. To be fair, the tunnelling stuff was okay, but every time the actual monster was onscreen? Hoo boy. 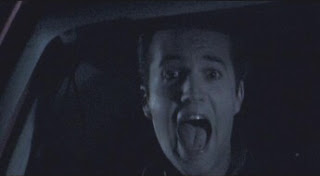 Yes, French Billy Zane. I know what you mean.
For me, Resonnances lost a lot of steam around the halfway mark. The trio we're introduced to in the first act, pick up a hitchhiker and just when things are about to go bad; they get worse with the monster’s appearance. Normally, this would be where the movie kicks into high gear – like in The Descent for instance – but for me, it was quite the opposite. I’d have been more than content to see where the story would’ve gone had the monster never appeared. The movie did throw out a lot of neat ideas, but they were often never elaborated on. This included a supernatural element that was explained in a very off-the-cuff way, just before a decidedly unsatisfying conclusion. 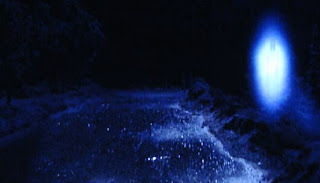 Someone get Robert Stack on the phone!
Resonnances is only just over eighty minutes long, so it doesn’t overstay its welcome, but I couldn’t help feeling that a few different creative choices would’ve improved this movie dramatically. I would, however, be interested to see what director Philippe Robert could do with a bigger budget. Perhaps then, his ambitious visions could be fully realized.
Posted by Jay Clarke at 10:01 AM