I managed to squeeze in the A&E mini-series of Stephen King’s Bag of Bones before my Christmas schedule ramps up this week. 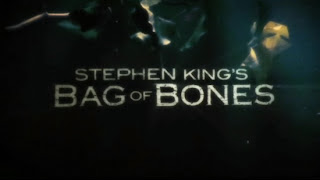 After the death of his wife, bestselling author Mike Noonan (Pierce Brosnan) retreats to his summer home in small town Maine to recuperate and combat his crippling writer’s block. He quickly finds the locals to be largely unwelcoming and soon discovers that they might be hiding a dark secret.
I should preface my opinions by saying Bag of Bones is one of the few King works that I haven’t read, so I can’t speak to its adaptation from the page. As a mini-series though, it was nothing special. I think overall, it was a little bland and all too familiar. A&E hyped the shit out of this thing, I think to a fault, as it wasn’t nearly as epic or intense as they made it out to be. Then again, after being hit over the head the last few months by the extreme nature of American Horror Story, most genre television now seems tame by comparison.
I can see parallels between the plight of Mike Noonan, and Bag of Bones as a mini-series. In the story, when called upon to come up with something quickly, he pulls out an old discarded draft – something he refers to as a “trunk novel” and pawns it off as new. Having not read it, I wouldn’t call Bag of Bones a trunk novel, but perhaps a “trunk adaptation.” It seems to me that A&E went mining through King's unproduced back catalogue and came up with this one. The problem is that the themes within, of curses, ghosts & troubled authors, have already been explored – decidedly better I might add – in his other works. 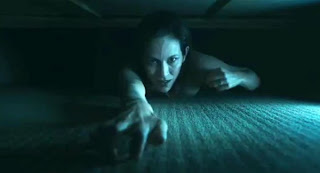 I don’t want to bash Bag of Bones too much though, as it is completely functional. The performances were solid, and despite the formulaic setup, there was something very honest about it. I was glad to see Melissa George, as well. Along with her turn in the British actioner A Lonely Place To Die, this has been a good year for her. I think the only characters I wasn’t onboard with were the villains Max Devore (William Schallert) and his crusty assistant Rogette (Deborah Grover), for they were overly cartoonish and often took me out of it.
As far as presentation goes, you know what you’re getting with Mick Garris. His utilitarian style gets the job done, but at the same time, hasn’t felt fresh to me for quite sometime. It was nice to see him lean toward practical effects though, as many a King production has been derailed by CGI in the past. 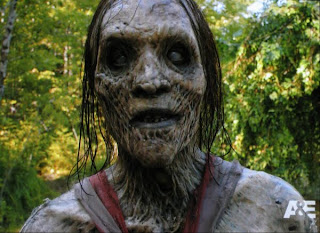 Bag of Bones was a serviceable genre experience, but not something I would likely ever revisit.
Posted by Jay Clarke at 10:11 AM