Ahhh... Nothing like the prospect of a new year. Here’s a preview of what genre flicks I am looking forward to seeing in 2012.

Prometheus (Jun 8th)
After Resurrection, I really had absolutely no interest in seeing another Alien film, but after learning of the stellar cast *pun intended* lined up for this, I really can’t resist it. After watching the recently released trailer, this looks very, very promising indeed.

The Woman In Black (Feb 3rd)
Having never seen any of the Harry Potters, it will be interesting to see how Daniel Radcliffe transitions into this role. I’m a fan of Watkin’s previous previous (Eden Lake & My Little Eye), so it will ibe nteresting to see what he does with a budget. I do like the look and feel of the trailer though, so I’m hoping for good things.

Cabin In The Woods (Apr 13th)
After being on the backburner for a year, this Joss Whedon produced thriller is finally on its way. The trailer certainly hints of expansion beyond your usual backwoods horror story, so I am fully behind this one.


Paranorman (Aug 17th)
Being a huge fan of animated films Coraline and Monster House, I might actually get out to see this one in a theatre. 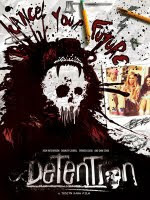 Detention (TBD)
Having narrowly missed screening here last year, I still am very interested in seeing this kooky horror film. I have a feeling this is the movie that Scream 4 should have been. The trailer teases of a visual flair that may distunguish it from the pack.

World War Z (Dec 21st)
I am not particularly optimistic about this one, as author Max Brooks walked away from the project pretty early on, but depending on how much of J. Michael Straczynski’s original screenplay made it to the final cut, this could end up surprising.

Jonn Dies At The End (TBD)
A lot of my friends read this book last year, but I had no idea it was of a darker tone until just recently. Now that I've seen the trailer and know that it is a Don Coscarelli joint, I'm all over it. John will premiere this month at Sundance, but fingers crossed that it comes to my neck of the woods at some point soon.

As per usual, there are a lot of genre titles with numbers tacked on the end this year. I will, as always, put in my time with Resident Evil, and because my #1 lass Kate Beckinsale has squeezed into black leather once more, I will check out the newest Underworld, as well. 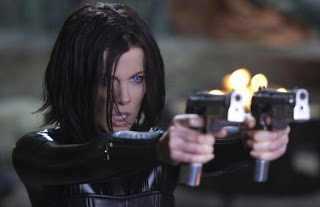 Other sequels of note are Piranha 3DD and Michael J. Bassett’s Silent Hill 2.
A film that has sold me on its poster alone, is Nurse 3D. 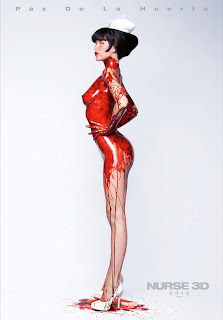 I believe that Abe Lincoln: Vampire Hunter & Hansel & Gretel: Witch Hunters cancel each other out, but I'll put my money on the one with Jeremy Renner.
There are some promising titles currently doing time on the festival circuit this year. Black Rock, Grabbers, V/H/S and Genesis – the latest in the [REC] series – are all efforts that I hope make it to The Big Smoke by the end of the year. I am also very interested to see how Drafthouse Films' The ABC’s of Death project turned out. 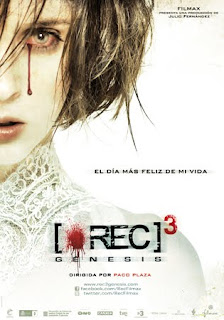 As for recommendations as to what to look out for, festival darlings You’re Next, Kill List and 2009’s The Loved Ones are all slated for release in 2012. Julien Maury & Alexandre Bustillo’s latest Livid, Eduardo Sanchez’s possession character piece Lovely Molly and the post apocalyptic The Divide are also likely to drop this year, as well.

So, although there are few powerhouses on the docket, there is no shortage of entertaining stuff on the horizon. Commence circling release dates on your calendars!
Posted by Jay Clarke at 10:00 AM

I hope you get to see the newest REC film. Will you do a review if you do get to see it?

Hi Heather. Great to hear from you!

You bet I will. I'm hoping that REC3 rolls around here in September. I have a friend that will likely be seeing it this spring at the Cannes film market. I am very jealous! I would imagine that it'll be a lock for Fantastic Fest in Oct though. Austin is in your neck of the woods, right?

That it is. I will have to keep an eye out for it, see what films they add. Looking forward to your review as always!